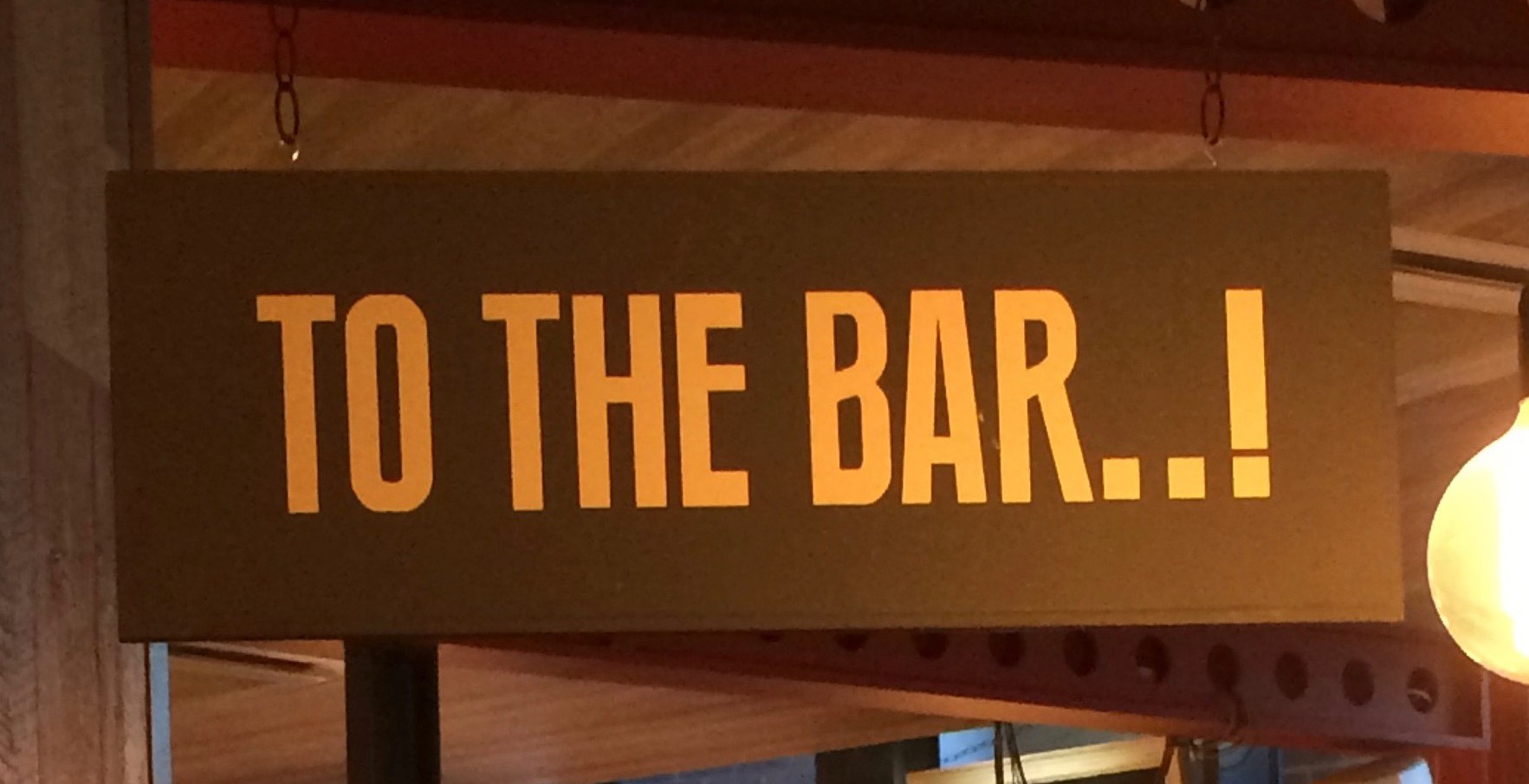 I’m subscribed to various e-newsletters – most of which get deleted without being opened. Leeds List, however, is one of the very few that I actually enjoy reading and pay attention to. For those who don’t know, Leeds List is a great website featuring all the cool places in Leeds, compiling lists (clue’s in the title) of places to visit and activities to do, from new independent shops to the healthiest restaurants and the best place to get pancakes. It also runs regular competitions, features reviews and includes updates on future plans for the city.

Last week, Leeds List’s e-newsletter included an article on Wharfest – a “mini music festival on Saturday 30th January 2016 celebrating the grand opening of the Leeds Station South Exit.” Ossett Brewery was putting on live music across its three venues at Granary Wharf – The Hop, Candlebar and Archie’s Bar & Kitchen. Having no plans for the afternoon (which is unusual) and already being a fan of The Hop (its sister bar in Wakefield was the only bar we liked in the area, and I’ve sampled their pies a few times before) I decided it sounded like a fun way to spend a Saturday. 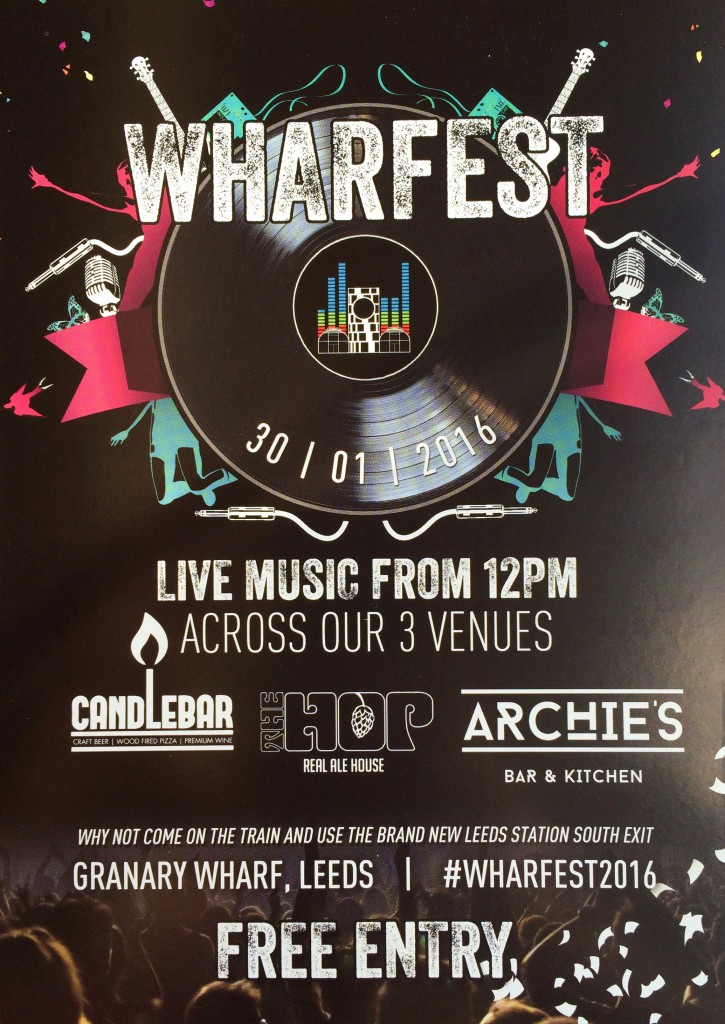 James and I got the train to Leeds and went out of the new south entrance/exit. It takes you straight to the arches, so you’re only a minute’s walk away from the bars at Granary Wharf and it’s a much quicker route to Bridgewater and the surrounding area. Shame it wasn’t open when I used to work round there! 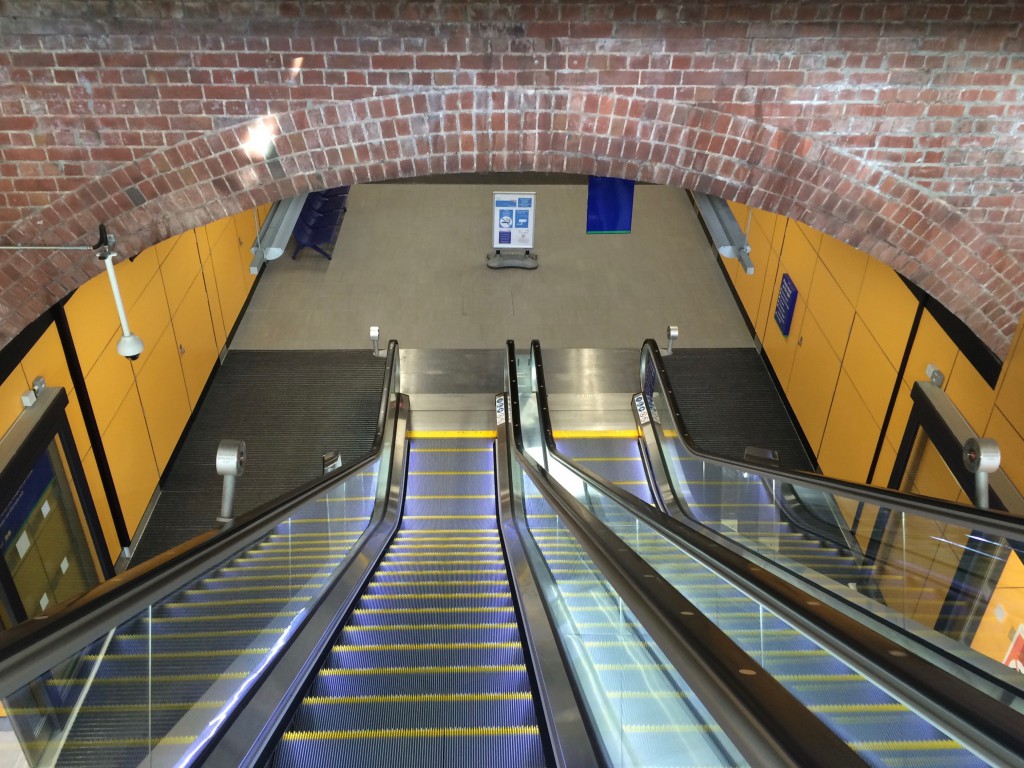 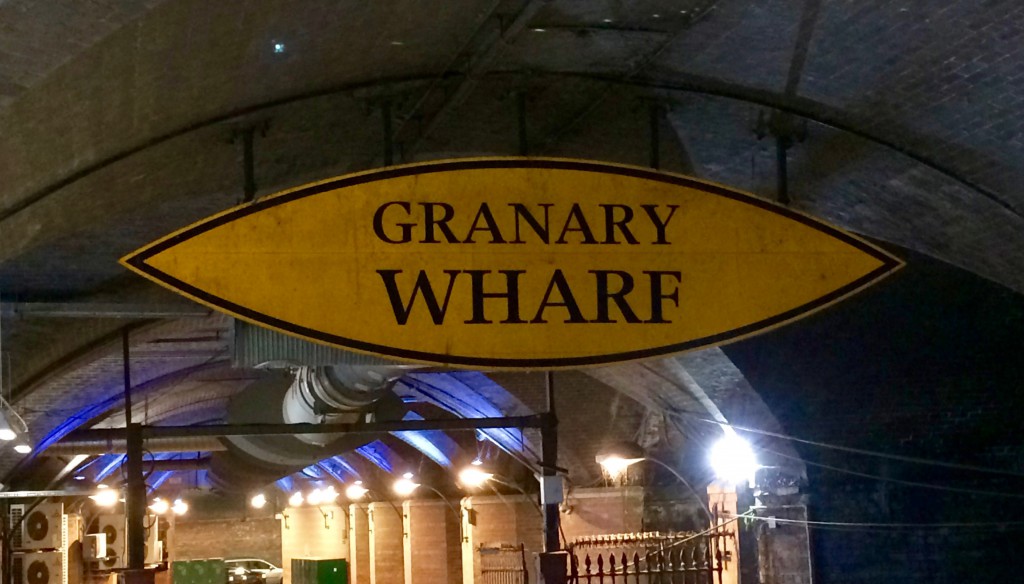 We started off at The Hop where we managed to grab a table by the window – a great spot to view people running around in the crazy weather – we had rain, wind, sleet, hale and sun, all in the space of 15 minutes.

Joined by our friend Nick, we spent a couple of hours listening to some good music from Tom Harvey, Dylan Brierly and The Turnarounds and enjoying food from The Pie Hole. The Pie Hole serves Andrew Jones (no relation) Pies and does an offer where, for £5, you can get a pie with creamy mash, peas or baked beans, and a generous serving of gravy with a pint of Ossett Brewery beer or cup of tea/coffee. And it’s bloomin’ good pie. 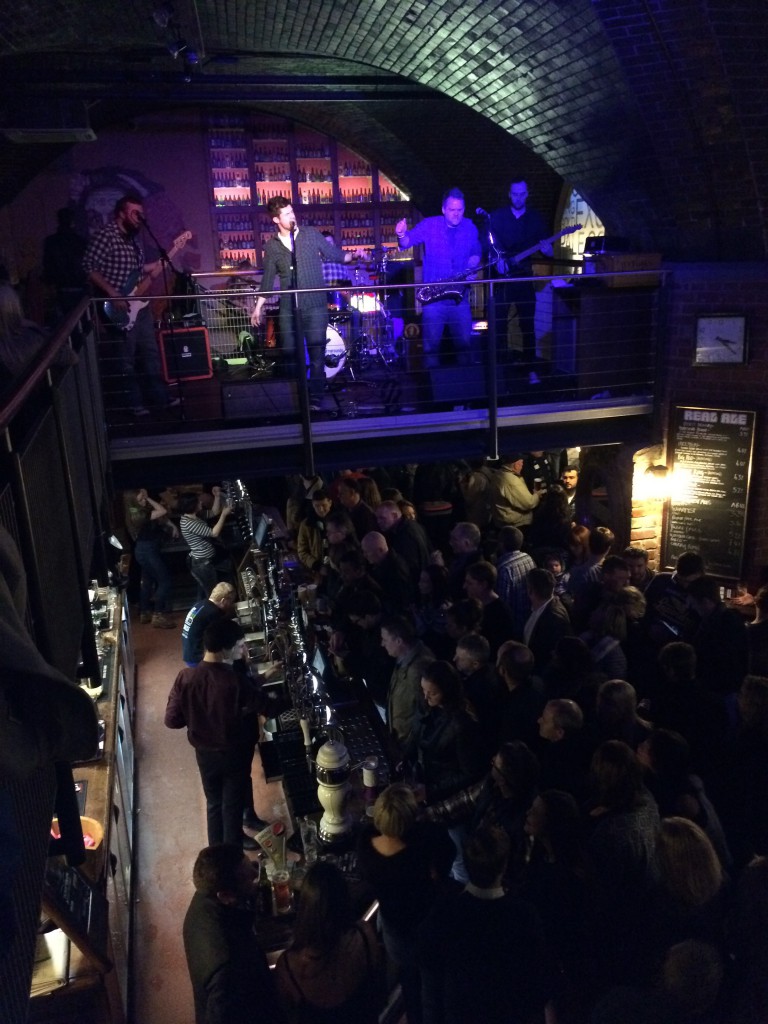 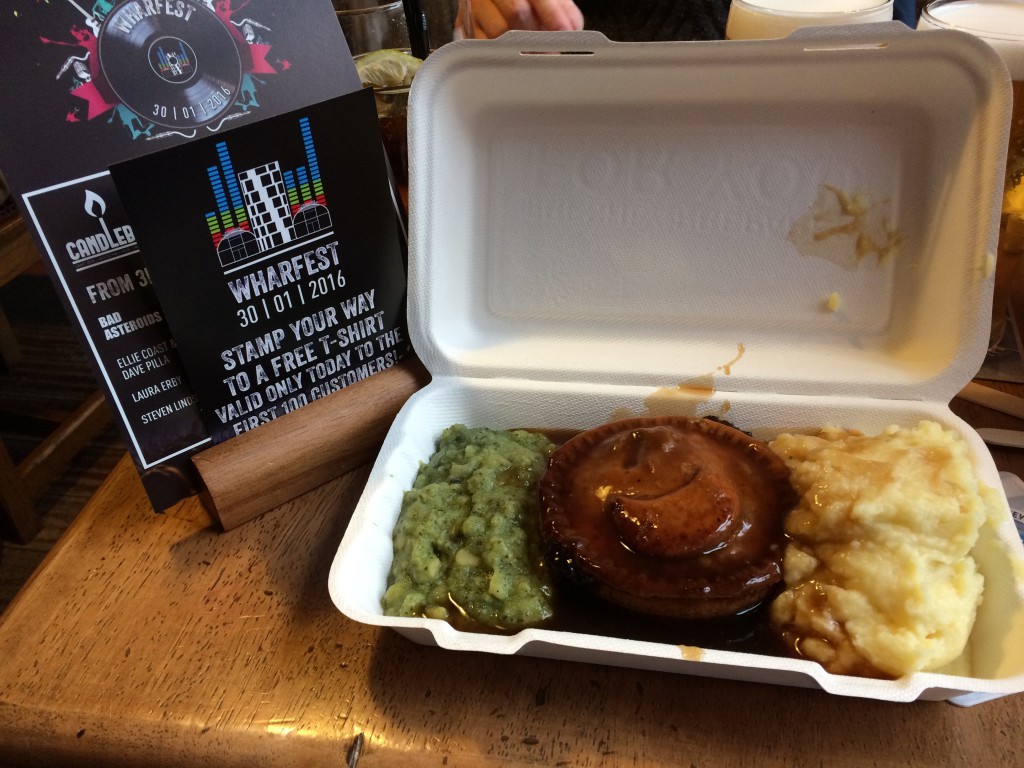 We then went a few doors down to the Candlebar which I’d never been to before. I’m not sure how to describe the decor – if I say lots of wood with fur and animal skulls on the wall, it doesn’t give the right impression. It has a really cool vibe and felt very modern but comfortable. We saw (and smelt) the wood fired pizzas but were far too full from pie to try some. We’ll definitely be going back for one though. And a lot of my friends will be pleased to know that the bar serves Brooklyn lager (and I was pleased to spot a bottle of Kraken). 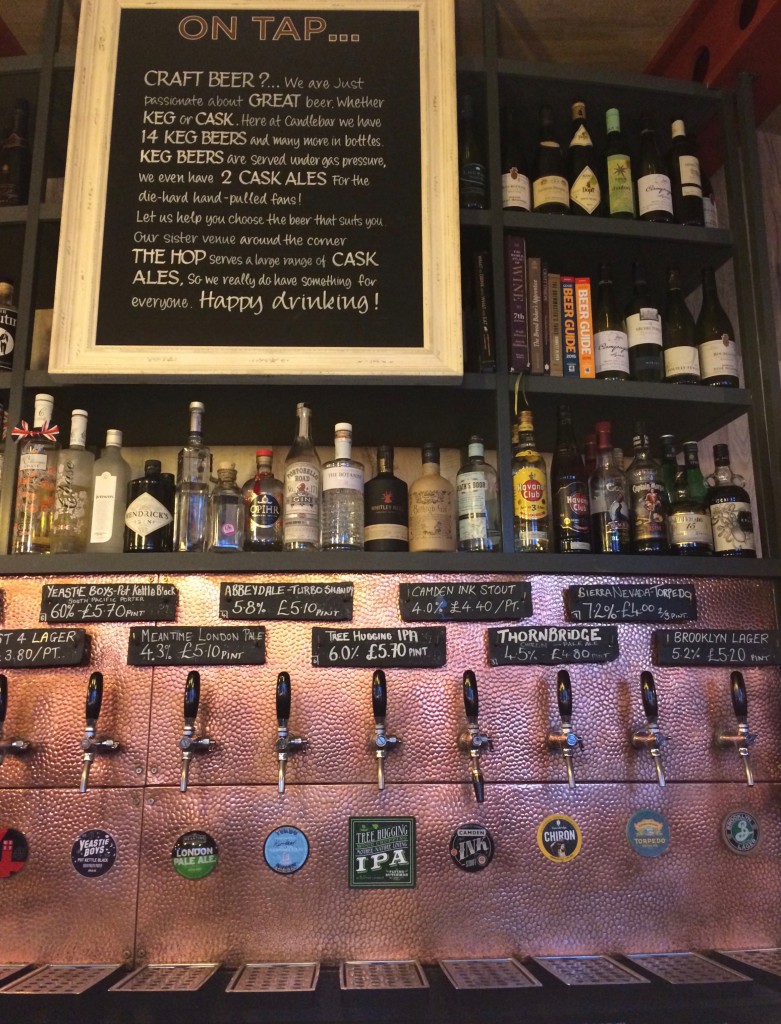 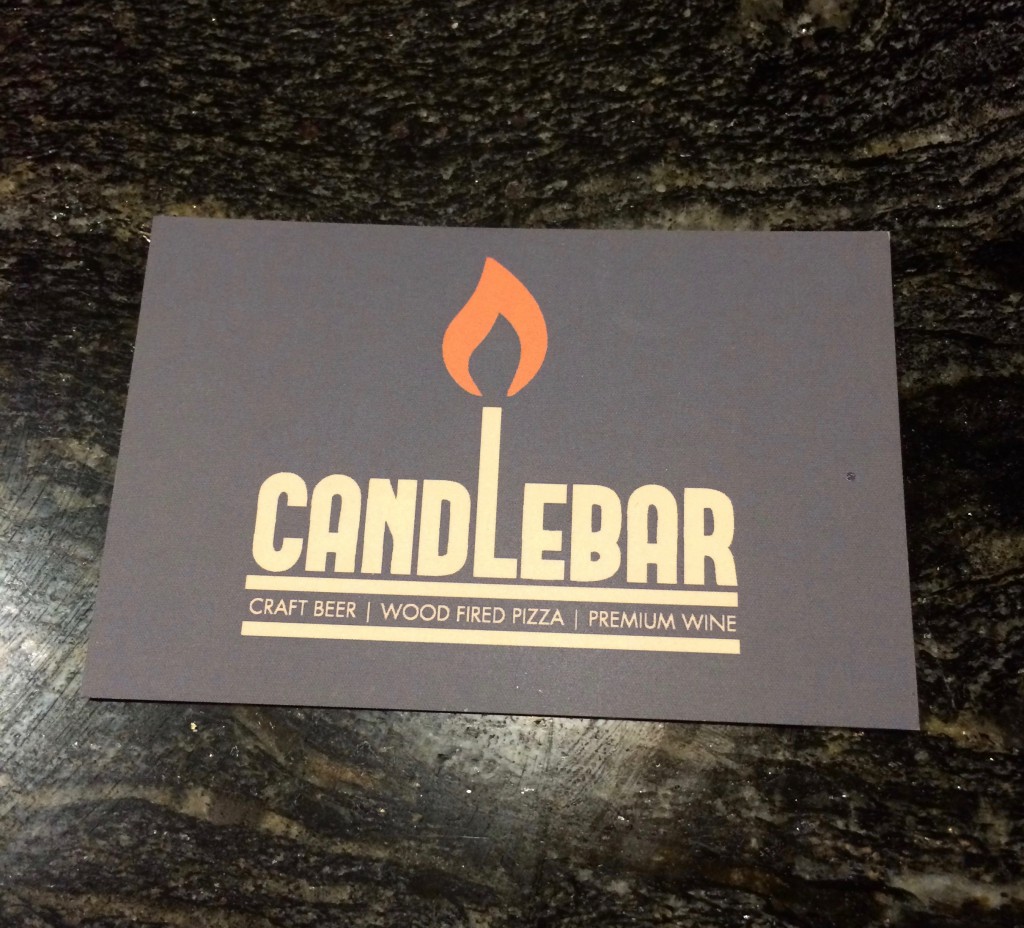 Steven Lindsay was doing an acoustic set – he’s got a great voice and did some fab covers. A perfect fit for the venue. 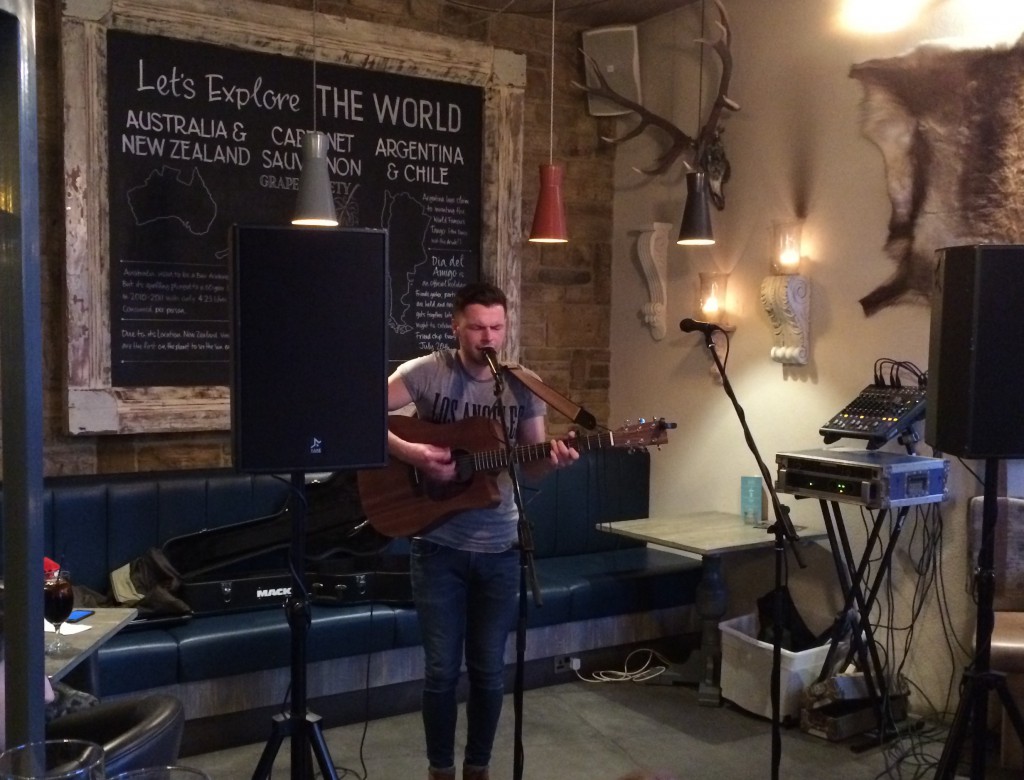 We were pretty full from drinks (and pie) but wanted to do the full Granary Wharf Collective trio so went to Archie’s Bar & Kitchen. (The fact that Ossett Brewery were offering a free t-shirt to the first 100 people who spent at least £3 in each bar was also an incentive – I’m a sucker for ‘free’ stuff.) 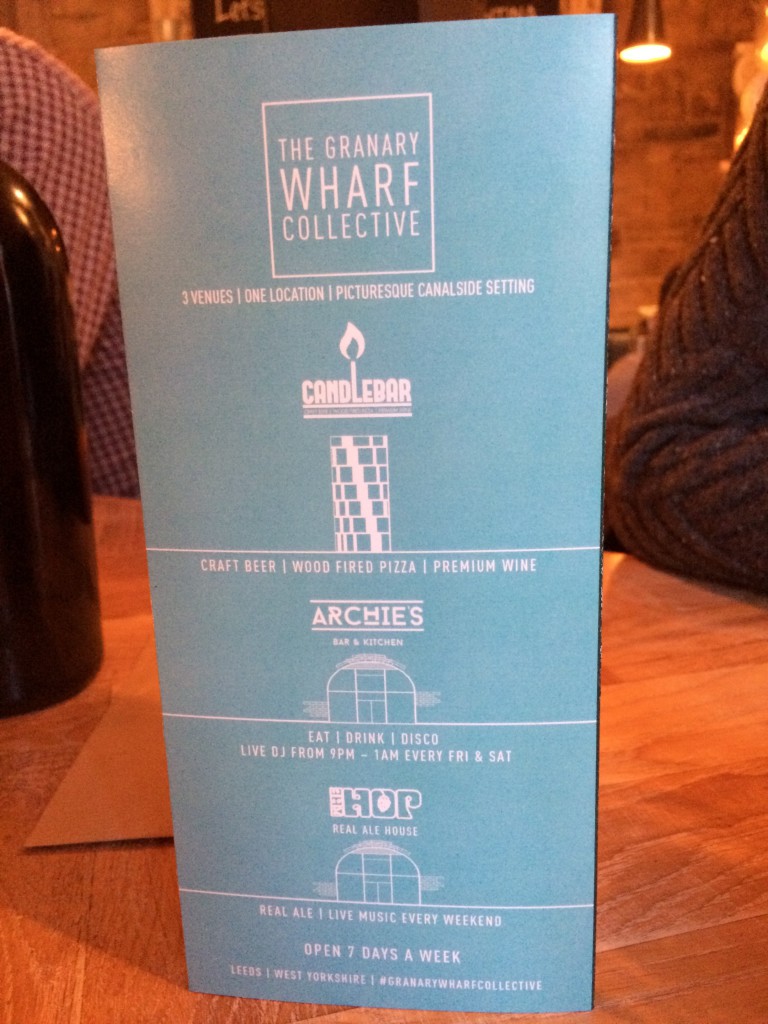 Again, Archie’s Bar wasn’t somewhere I’d visited before – or even heard of. It’s pretty awesome! One half of it is the tapas restaurant and the other half is a bar with a juice van. We were too early for the DJ set, but someone came round with a tray of spicy chicken wings to try, which James did and immediately declared them amazing. I was glad for the juice bar as I was pretty full from an afternoon of fizzy drinks and so (adventurously) chose a “Lean Green Detox Machine” which had cucumber, mint, apple and parsley. I think I liked it, but I’m not quite sure! Maybe it just didn’t go with the cinnamon Jäger shot (which came free with the t-shirt) I had just before it. 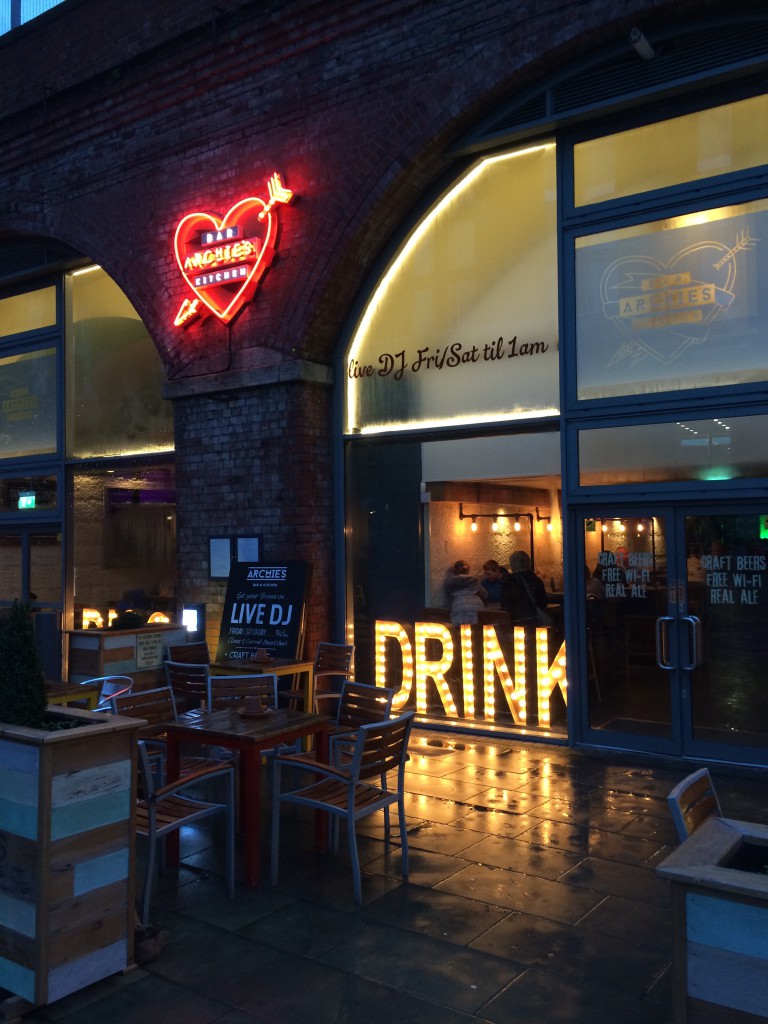 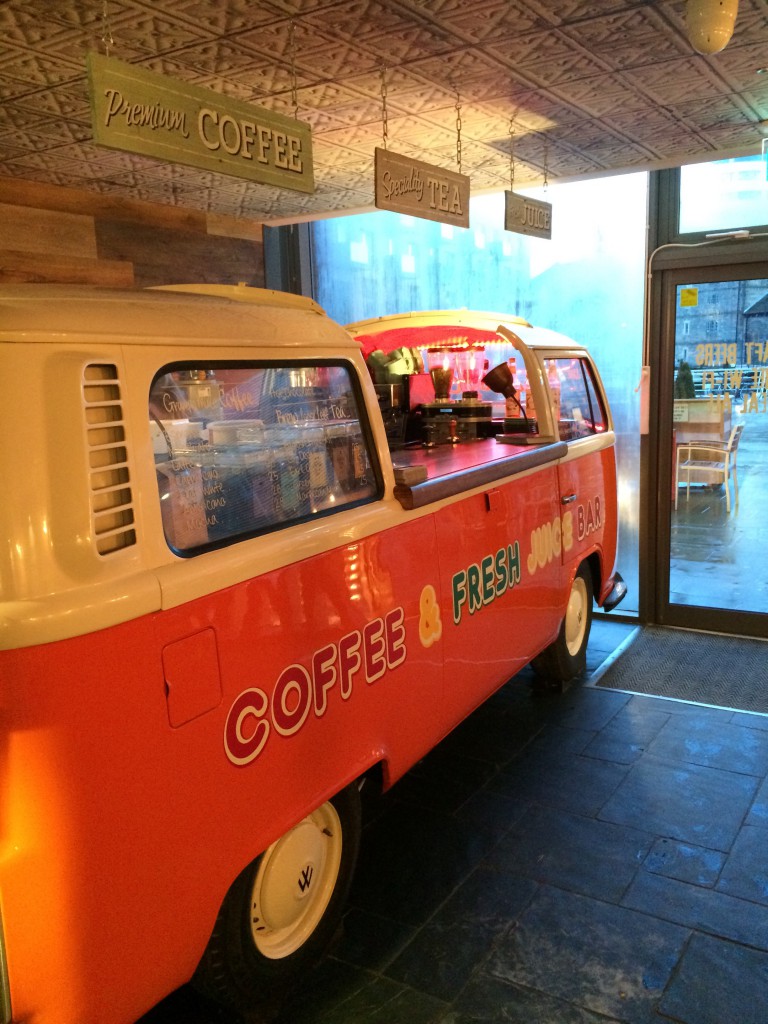 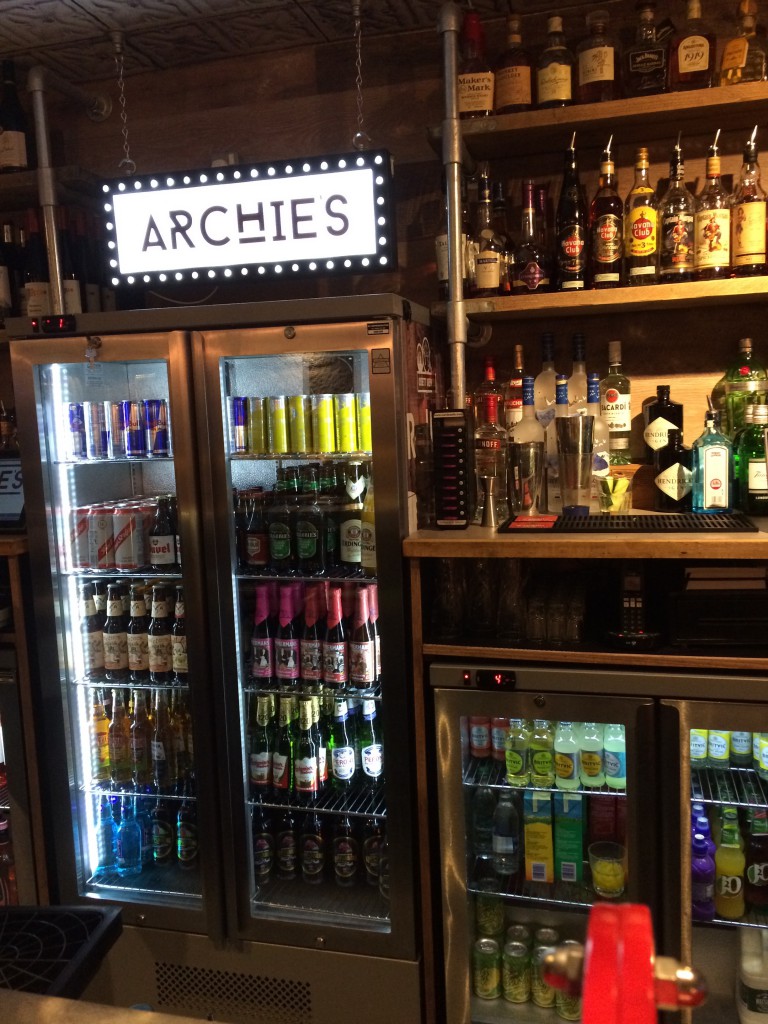 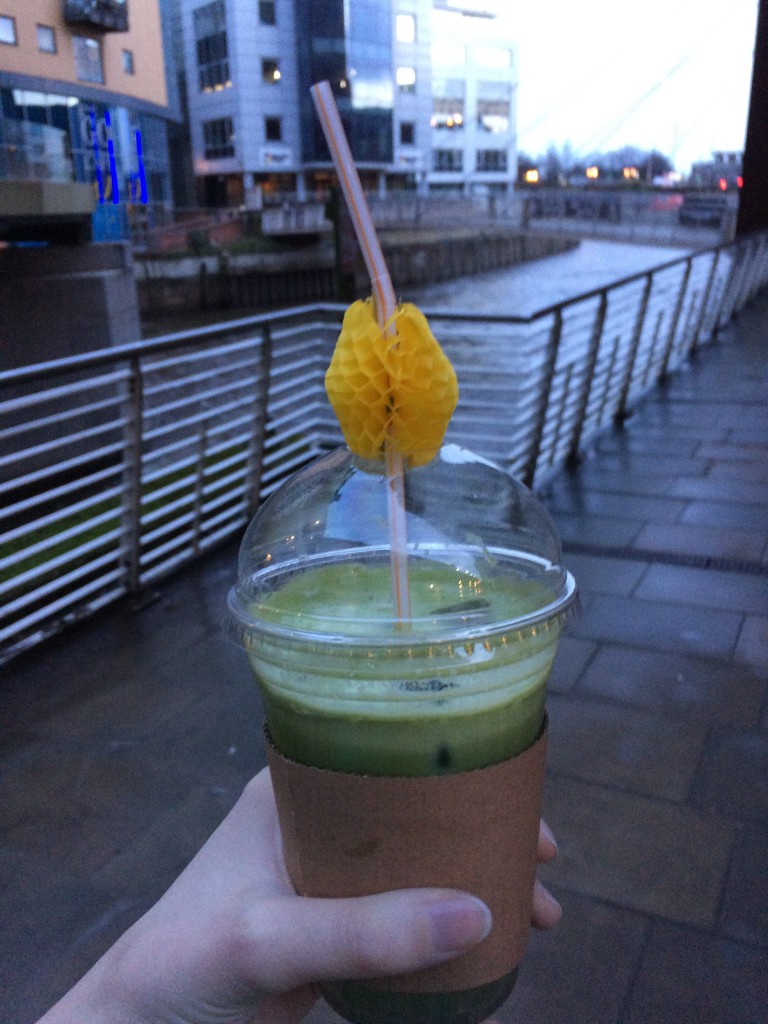 We had just ten minutes to go until our train, but with the new South Entrance, we didn’t need to rush. To quote James – “Well done Leeds station.”

The mini festival was a great idea. We had a fun afternoon listening to some good, free music and probably wouldn’t have tried Candlebar or Archie’s any time soon otherwise, but I’m really looking forward to going back – the menu at Archie’s in particular looks great. It’s so easy to get to Granary Wharf now – I’m sure we’ll see some more cool venues pop-up and hopefully there’ll be more events like Wharfest. 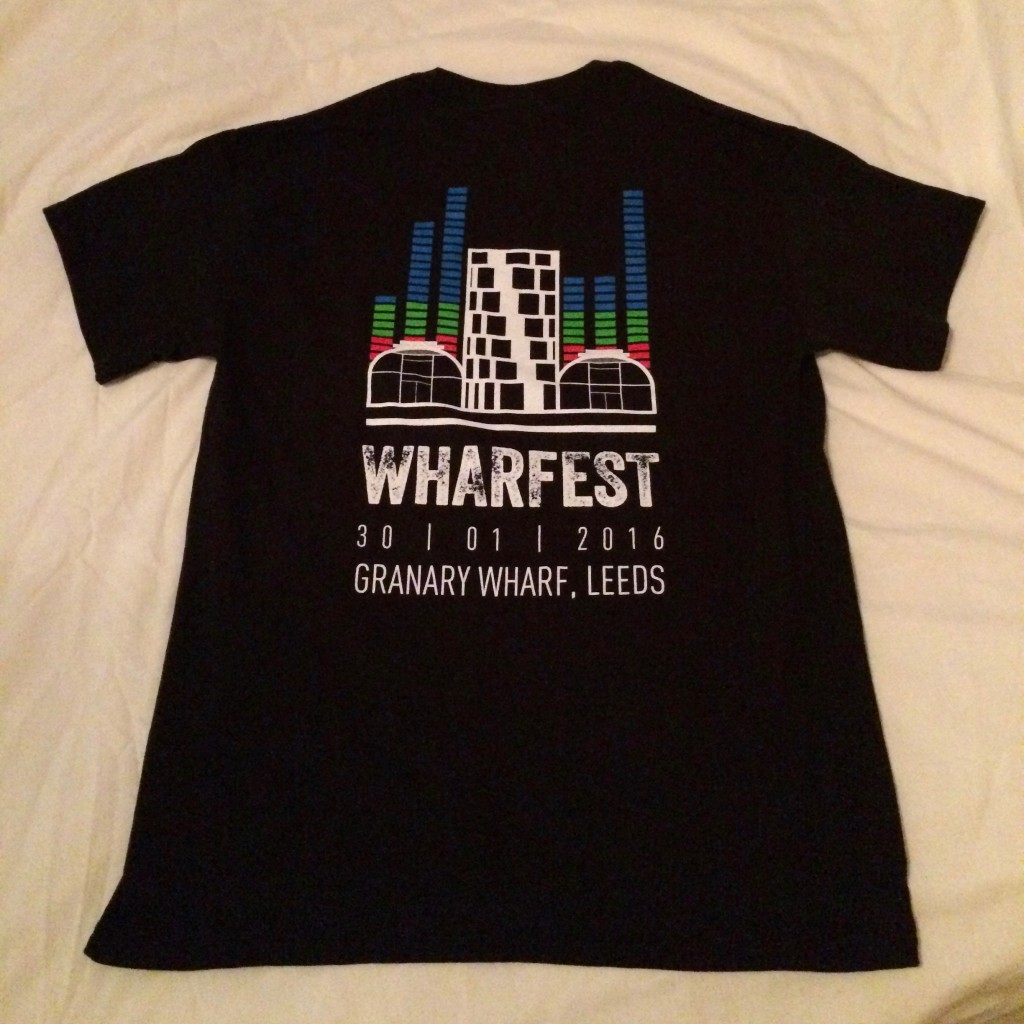 Been there, done that, got the t-shirt