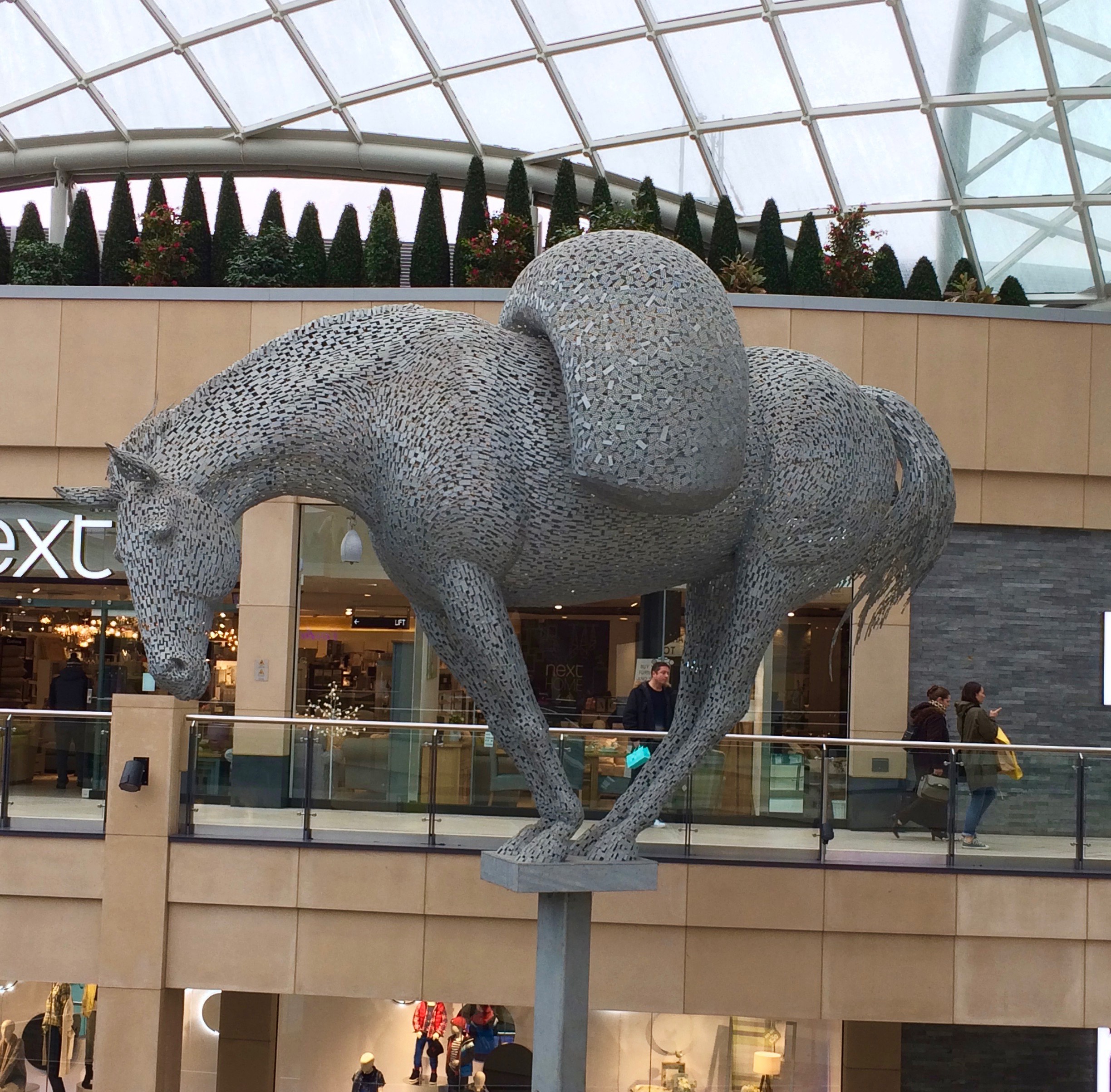 One of my favourite TV shows is Parks and Recreation. In it, two characters – Tom and Donna – have an annual “Treat Yo’Self” day. A day of indulgence where it’s all about what you want, not what you need.

As Kirsty and I have birthdays only a few days apart and both love Parks and Rec, we decided to treat ourselves to a treat yo’self day.

The day of luxury began with brunch at Le Chalet on Park Street where we treated ourselves to a French breakfast and a mimosa. 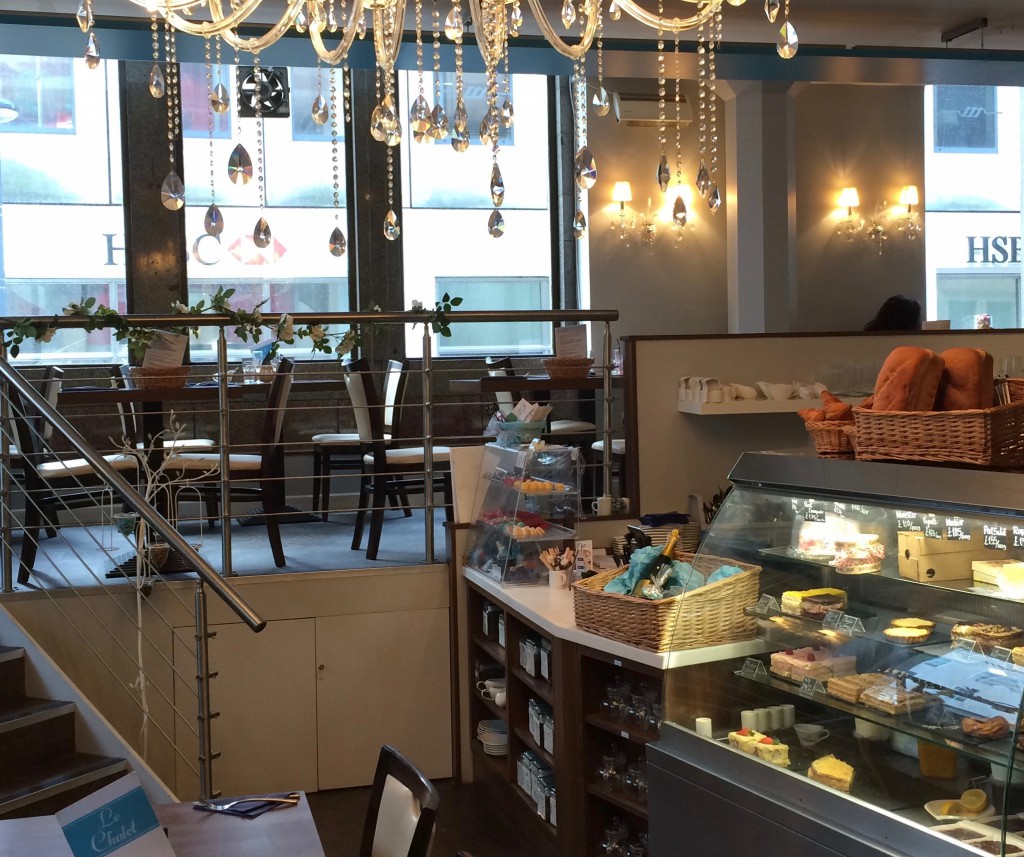 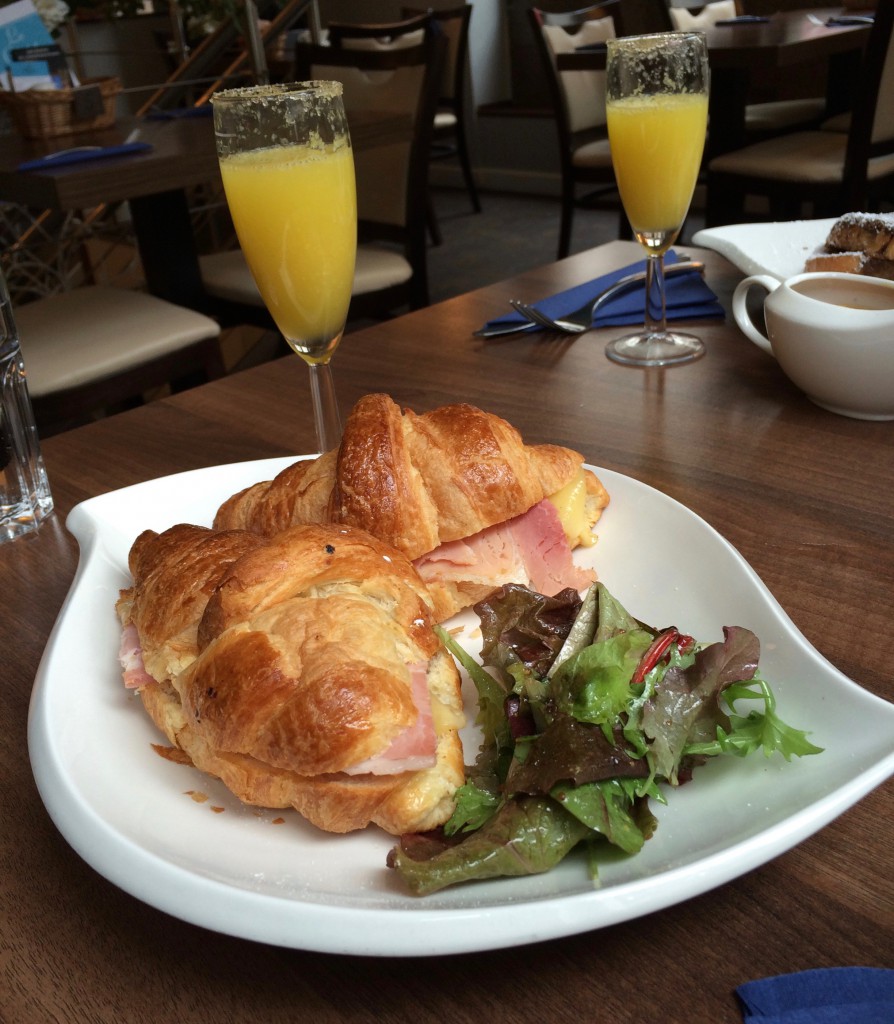 Apart from a quick visit to Waterstones and Monsoon/Accessorize we actually spent the rest of the day entirely within Trinity. For those that don’t know, Trinity Leeds is the new(ish) shopping centre which opened in 2013. It had been in development for a long time but was delayed due to the recession. Apparently it has 120 shops, bars, restaurants and a cinema, but it seems a lot smaller than that to me!

At first I was a bit sceptical when Trinity opened – I didn’t think Leeds needed another shopping centre and was worried other shops around it would close. It’s a great addition to the city however, and doesn’t detract from anywhere else. Yes, it’s full of big brands but there are plenty of other places in Leeds to support the independents. Trinity Kitchen is also ace, but I’ll save that for another blog post. 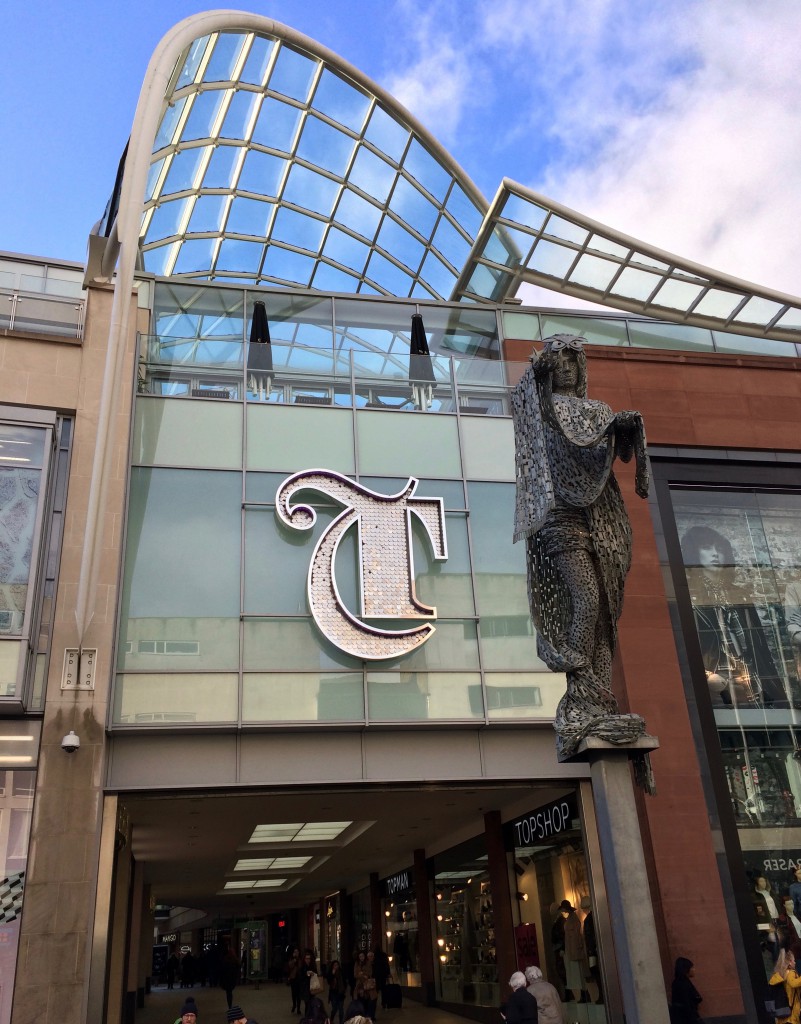 One of the best things about Trinity is that it’s covered (which is handy seeing as we seem to have nothing but rain at the moment) but it’s not too enclosed; I know a few people who don’t like shopping centres as they feel too claustrophobic in them.

Taking a break from shopping, we stopped at bar 360 for a drink. If you download the Love Trinity app, you’ll find quite a few offers which you can use in some of the places in Trinity Kitchen as well as the shops. 360 currently has one where you can get a free glass of prosecco or hot drink when you order another glass of the same. Being ladies of leisure (for the day) and feeling indulgent, we treated ourselves to…herbal teas. 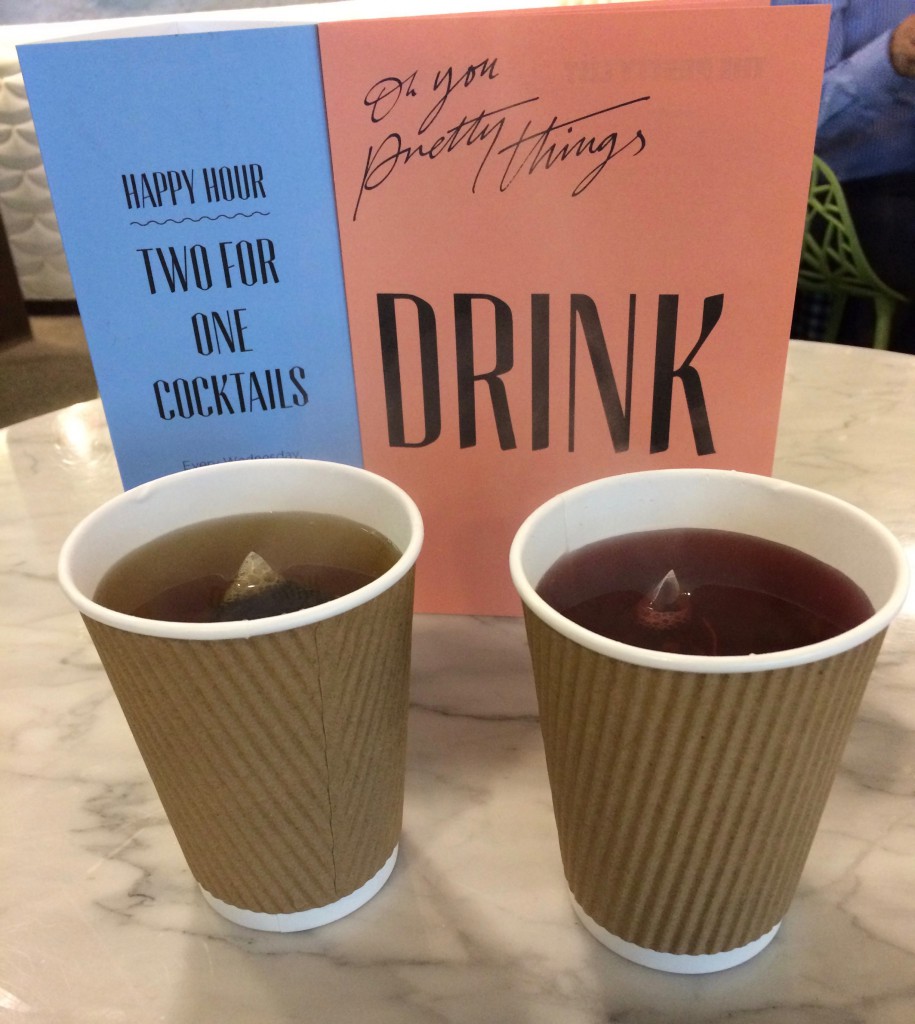 You can also use the Love Trinity app to scan any purchases you’ve made over £25 in a single shop, restaurant or at the cinema and start collecting reward points.

We had a rather successful (and unusually girly) shop. Luckily, I had a Trinity gift card to spend, which was a Christmas present from James’ parents. The gift card is a really good idea as you can use it for food and for the Everyman cinema, as well as in the shops. You can also check your balance online which is useful as I quickly lost track of what I’d spent.

Another drink stop, and this time we did things properly. We headed to Angelica, right at the top of Trinity, and treated ourselves to a cheeky Monday afternoon cocktail. 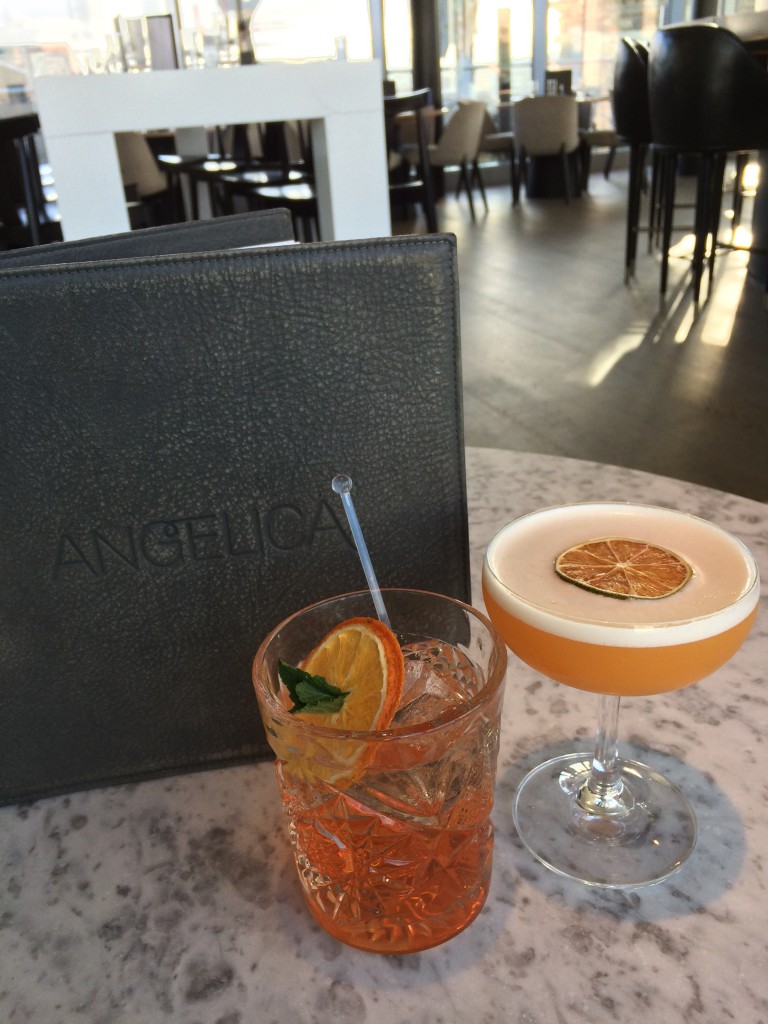 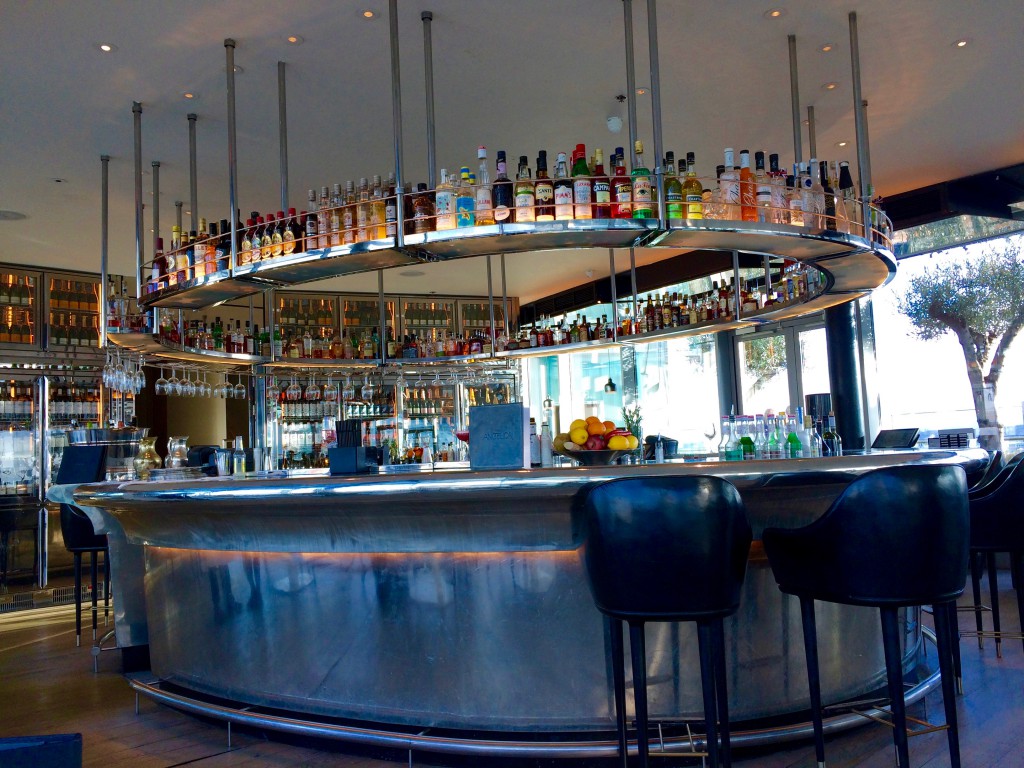 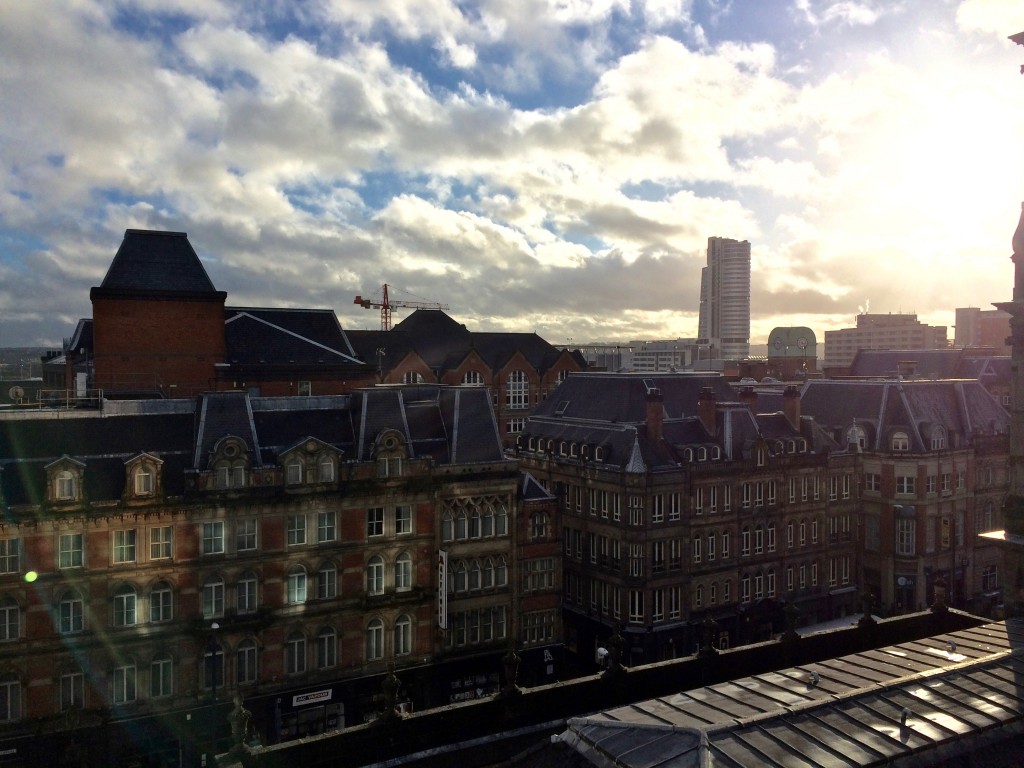 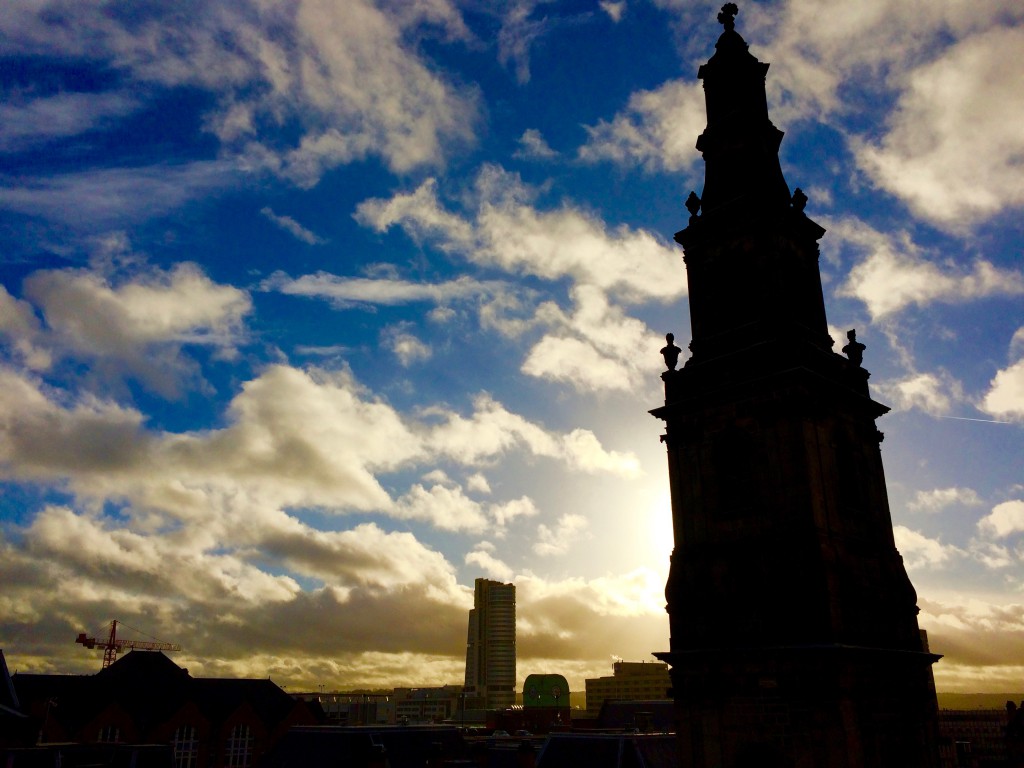 We needed an early tea and didn’t want anything too filling so ventured to Yo! Sushi for their Blue Monday deal where a number of their dishes are on offer for the lower blue dish price. (If you really want to get your money’s worth you can be quite strategic and choose the dishes on offer which are normally the most expensive.)

Continuing our mission to treat ourselves, we left Trinity and went to Gomersal Park hotel’s Dream Spa for a relaxing evening of pampering, using the swimming pool, sauna, steam room, outdoor jacuzzi (with a glass of bubbly) and foot spa. We managed to fit in a back massage as well for a proper treat.

We thought that was where our indulgent day would end but James came to pick us up from the spa and made a sneaky stop at Krispy Kreme for a naughty doughnut.

With the exception of leather goods and a batman suit (which I’m a little sad about) we did actually treat ourselves to all the things on Donna and Tom’s list.