*Warning* If you’re hungry, go get something to eat before reading this post!

Thanks to Emma, I was invited to an exclusive blogger event at Smoke Barbecue in Leeds on Thursday  to sample “authentic American open pit barbecue food and beer.” It’s a hard life – I know.

Smoke BBQ is close to the arena, in the Merrion Centre, next to the bowling place. The restaurant itself is nicely decked out in the style that seems really popular at the moment – brick walls, exposed ceilings and statement light fittings (something James always points out for some reason!) It also has a shared washroom area (like Bundobust and Reds) where there are separate toilets for men and women, but a shared sink and mirror area, which I still find a little odd. Although it is amusing when you’re washing your hands and a man comes in and does a double-take and checks he’s come through the right door.

The restaurant is quite large, with the kitchen at the back and both booths and single tables to sit at. We were shown to a booth and shortly joined by Emma and Jake. We had some smokey popcorn to keep us going (thank goodness as it had been at least two hours since I’d last eaten, and I was starting to get hangry!) 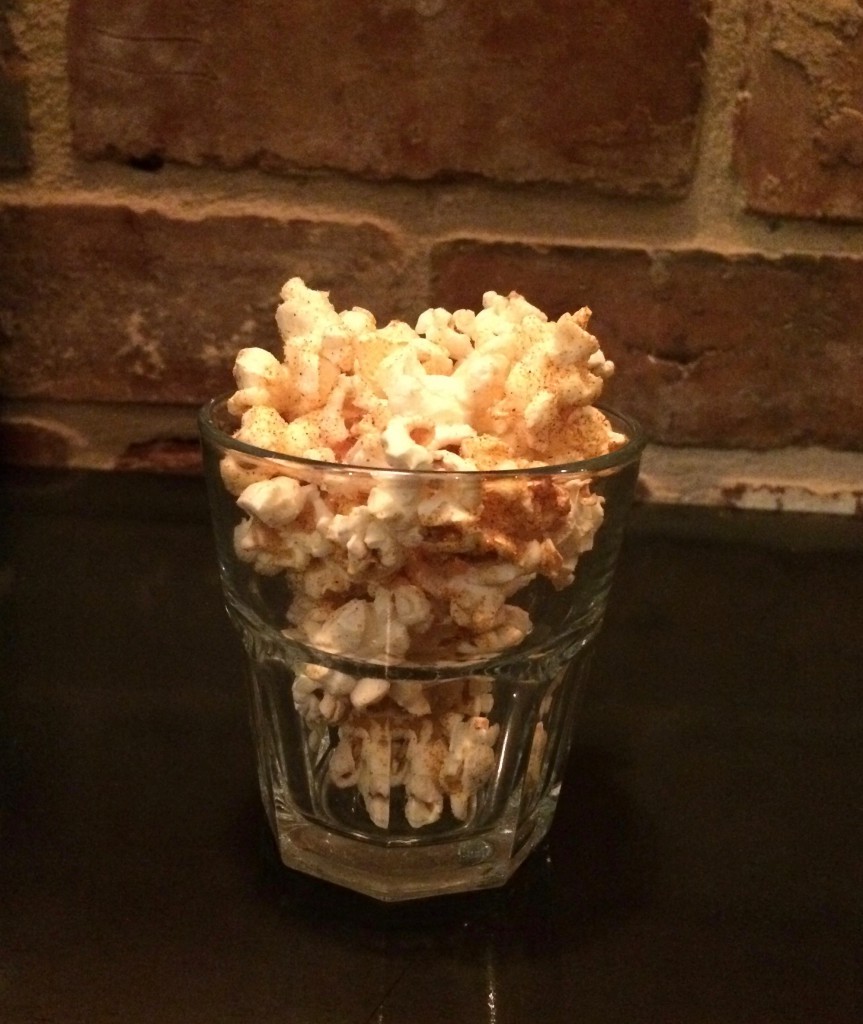 As I don’t drink beer, James was my official booze tester, which he was happy to do – for research purposes of course. He was given a bottle of Freedom Authentic lager and three tumblers to try. This is what he has to say about it:

“I’m not really a beer connoisseur – I usually prefer pale ale and find lager’s boring and the darker stuff tastes like compost. But in this case I found all three to be excellent and even preferred the dark.” 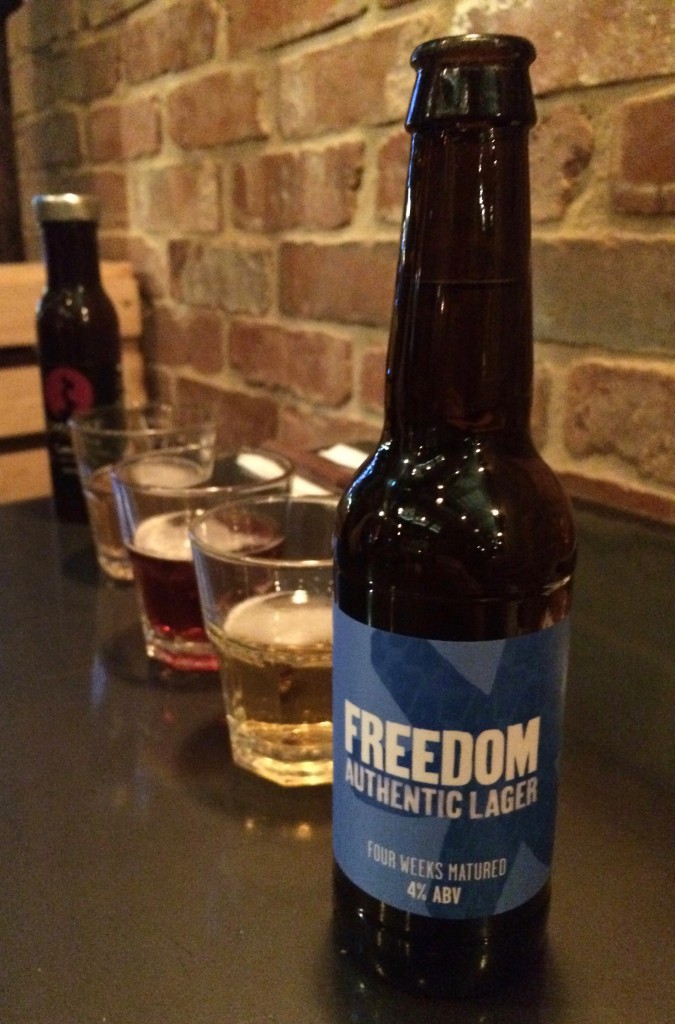 Back to me. We didn’t really know what to expect with it being a blogger event. I thought perhaps we’d be brought small portions of different dishes, but no – we were presented with a huge mountain of meat – excellent! There was definitely a lot of drama with how the food was presented, which was great. 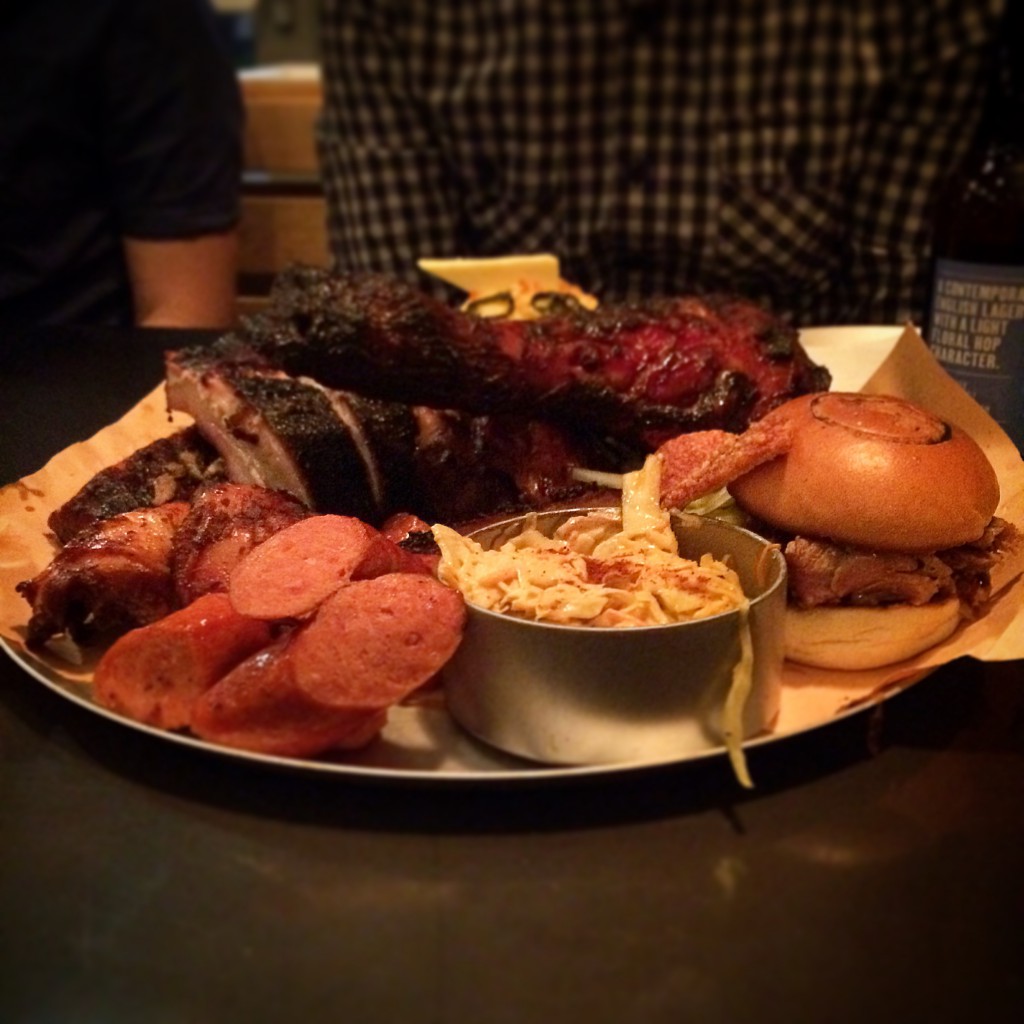 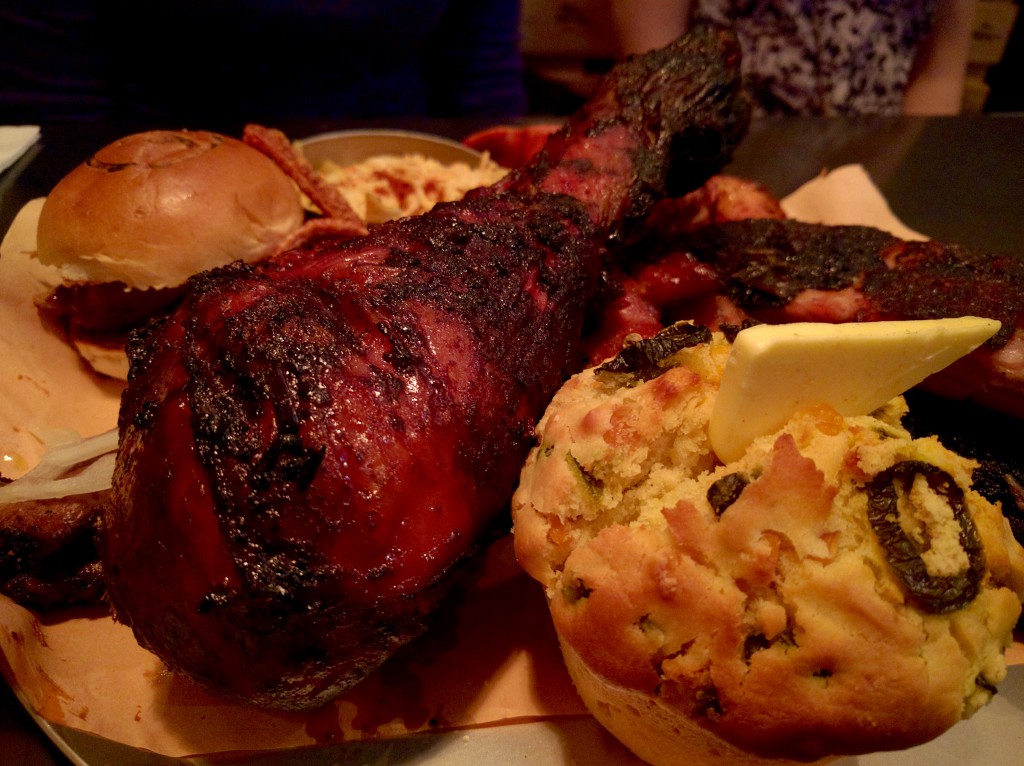 Luckily it tasted as good as it looked. All of it was amazing – the turkey leg, ribs, sausage, pulled pork burger, chicken thighs, brisket, slaw, twice cooked chips and jalapeño corn bread muffin. I don’t normally like corn bread, but this muffin was delicious. The chips were incredibly tasty too (although Patty Smith’s still holds the awards for best chips in Leeds.) 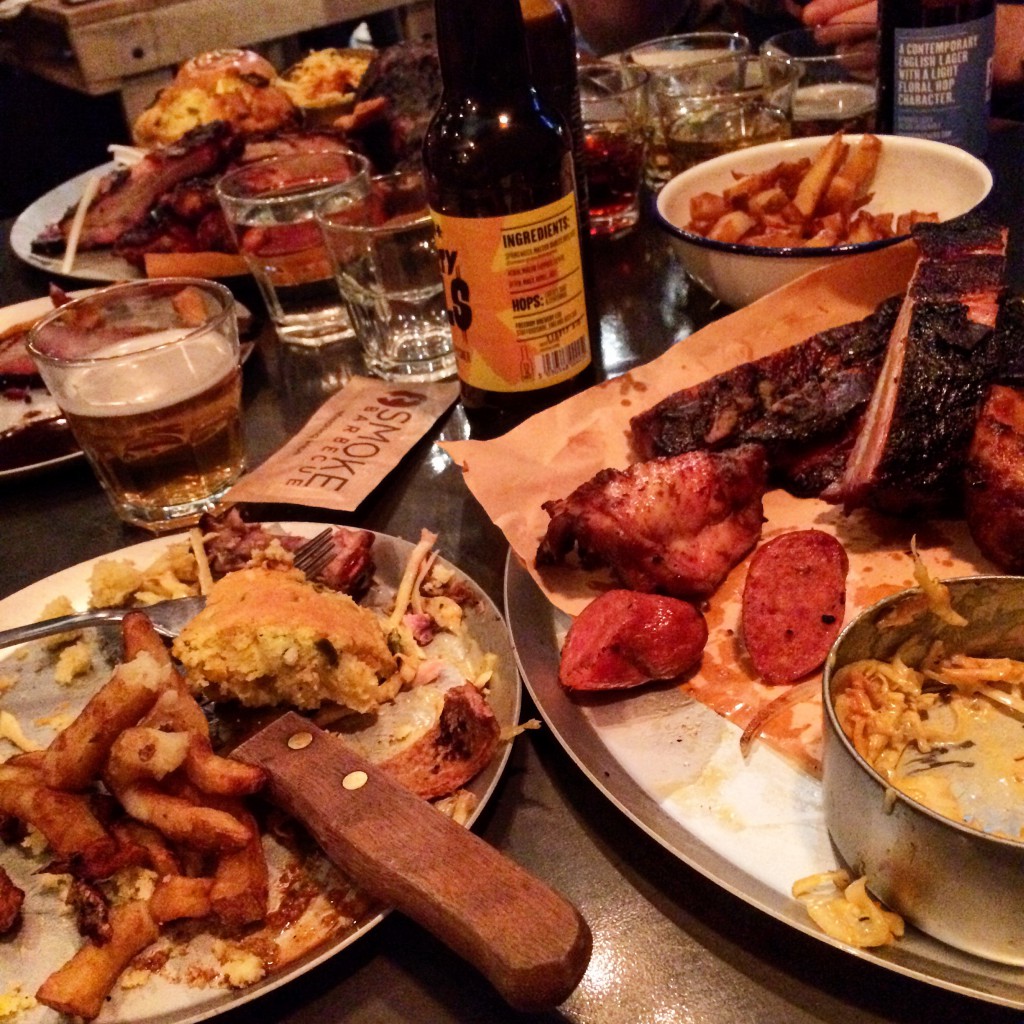 I know what you’re all thinking – “this is all very well and good Han, but how does it stack up against Reds?” For the few of you who might not be aware, Reds is a barbecue restaurant near the Corn Exchange and serves the most amazing food. It has set the bar for all other barbecue joints, and so far, no other place has really come close. Until now. Rejoice my friends! For Smoke Barbecue is definitely as good as Reds. James even went as far as to say it was better! You don’t have to choose a favourite though, just be happy that we live in an amazing city where there’s plenty of smoked meats and naughty sides to devour.

We were incredibly full after the meat feast, but then we were brought pudding! So of course we had to sample the four desserts as well – I wouldn’t want to short-change my readers by not giving the full picture. All of them were divine, but the s’mores was my favourite – it was utter heaven. 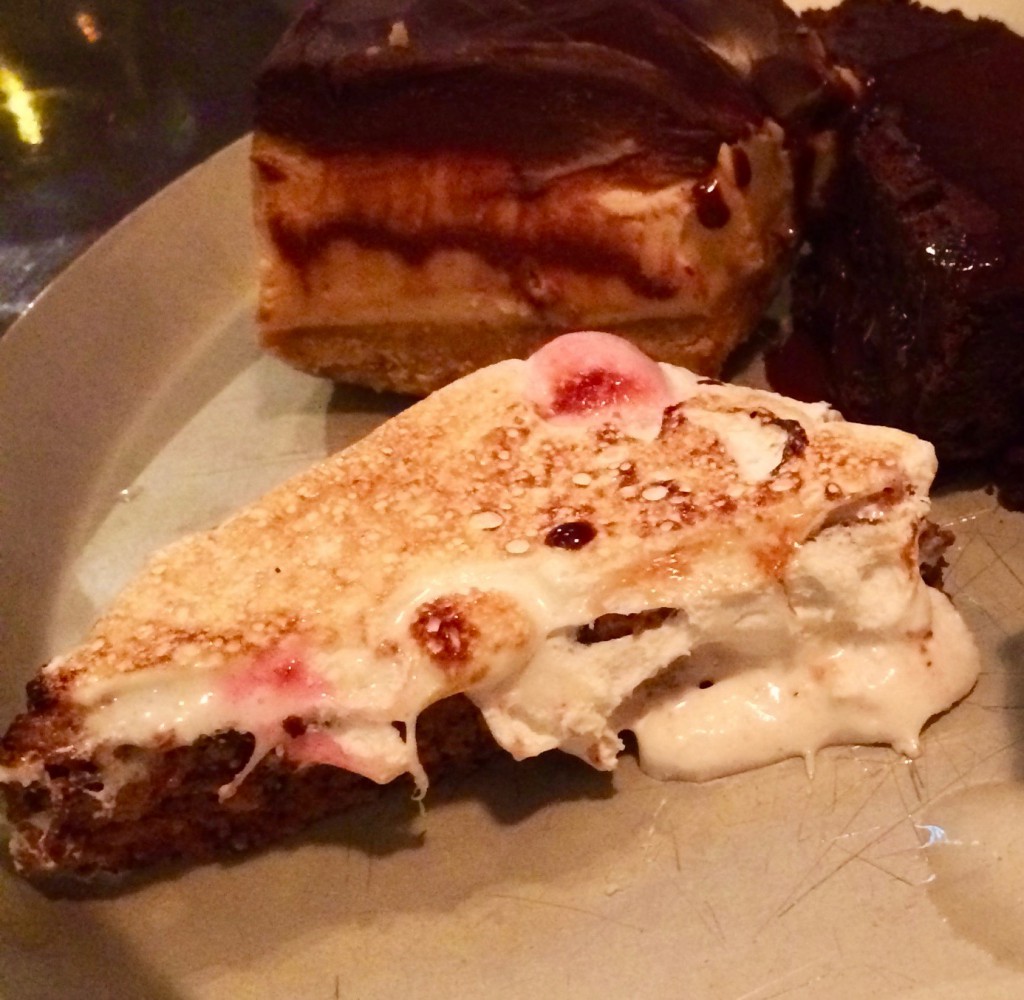 One of the things I noticed about Smoke BBQ was the lack of meaty smell. This is either a pro or con depending on your preference. It’s something I like about Reds – that you’re hit with the smell of smoke and meat before you even step foot in the building. However, if you had a vegetarian with you (why??), or just don’t like strong smells, it can be a bit overpowering. So Smoke Barbecue is a better choice in that respect.

Smoke BBQ‘s website is really well designed (for those of you that care about that kind of thing!) although I know a few friends who aren’t as keen on the “get dirty” photos. I get really annoyed at bad websites, so was pleased that the team here have got this right – great photography which makes the food look incredibly appetising and you can view on one screen without having to click through a slideshow; easy to find food menu and drinks list; the history/ethos told simply; a map and a way to book a table online.

Feeling ridiculously full, we were ready to call it a night, but before we left we were given a goody bag – popcorn, wipes, a menu and their own Smoke sauce – bonus points to Smoke Barbecue for that! 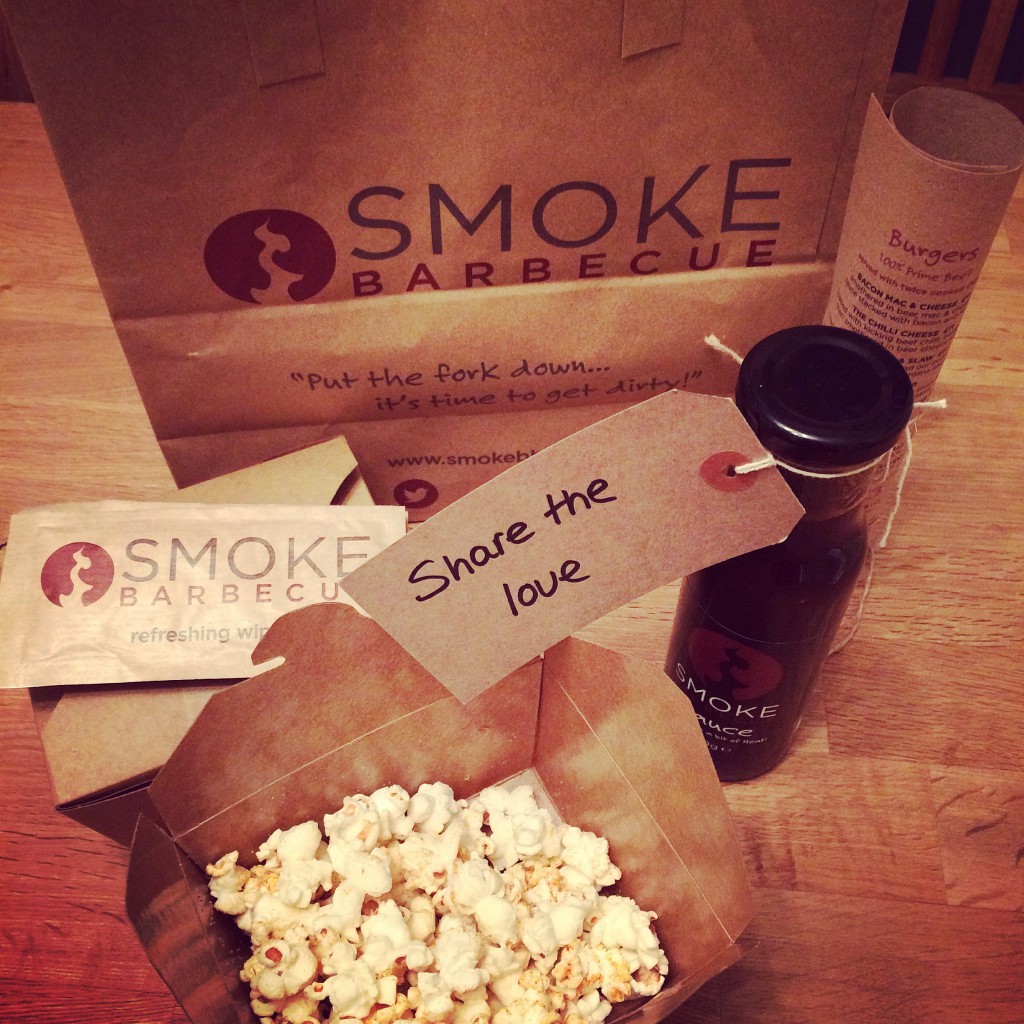 We ate so much I thought we might never eat again but already we’re looking forward to our next visit! 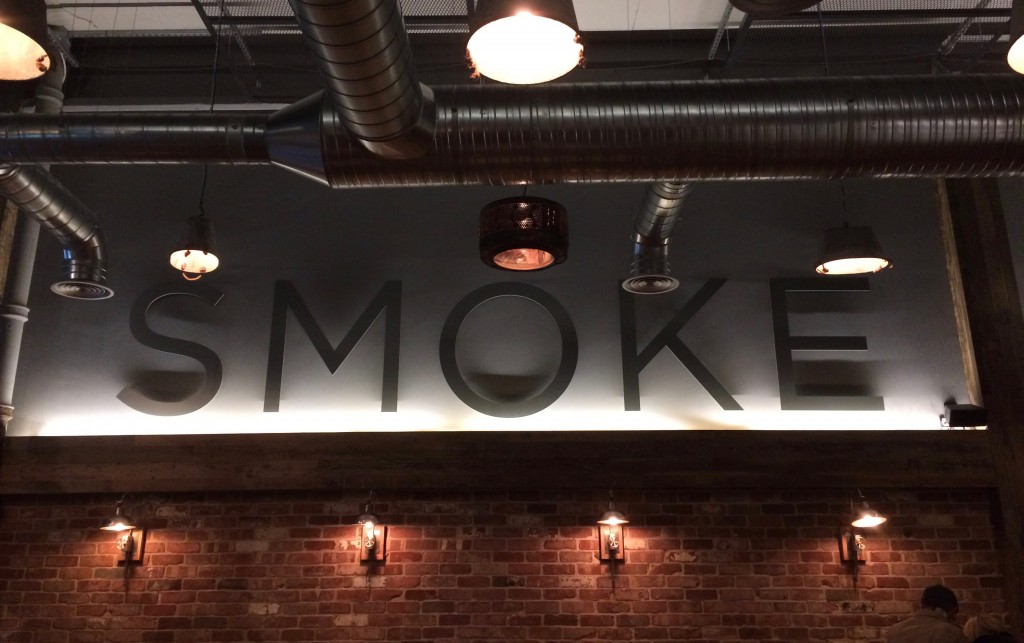