A weekend with Opera North 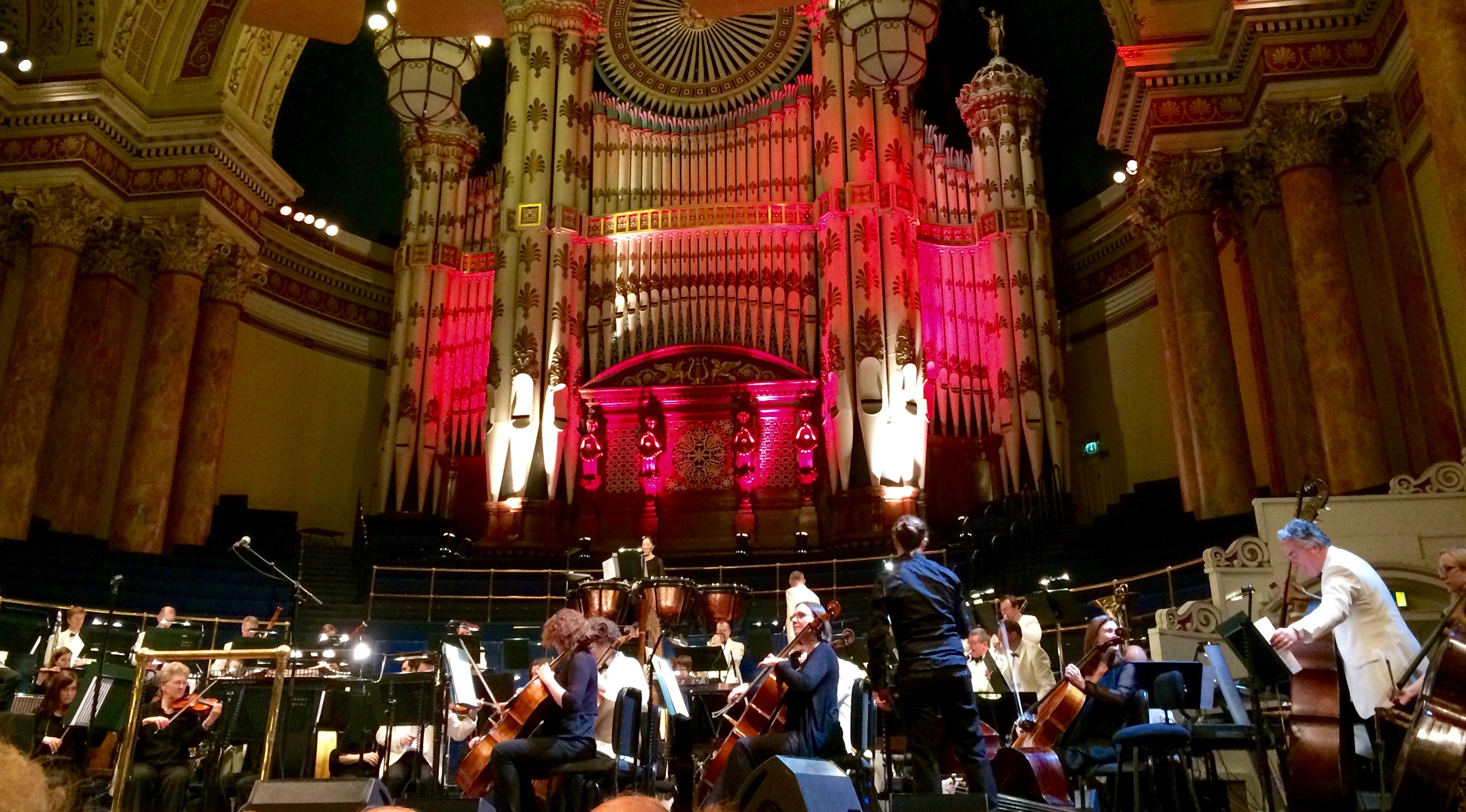 The Orchestra of Opera North at the Town Hall

Last weekend I got to experience a double helping of Opera North as I went to see L’elisir d’amore on Friday evening at The Grand and then the Orchestra of Opera North play The Best from the West End at the Town Hall on Sunday.

I won’t go in to too much detail about the opera as I recently blogged about seeing Andrea Chénier, but Friday evening was my first experience of going to an Opera North production as part of their Under 30s scheme. For £10 each, James and I got tickets to see the performance, as well as a glass of Prosecco during the interval and to use the photo booth.

We’d been encouraged to dress up in 50s style, in keeping with the production. It was fun to get dolled up and it felt a bit special to have a designated area to go to in the interval. (Although here’s my tip for you – an underskirt may make your 50s dress look great, but it does make sitting down in theatre chairs a little harder! Also, we were sat in the Upper Balconies, which still gives you a great view, but if you’re quite tall or have long legs like me, it can be a little uncomfortable.) 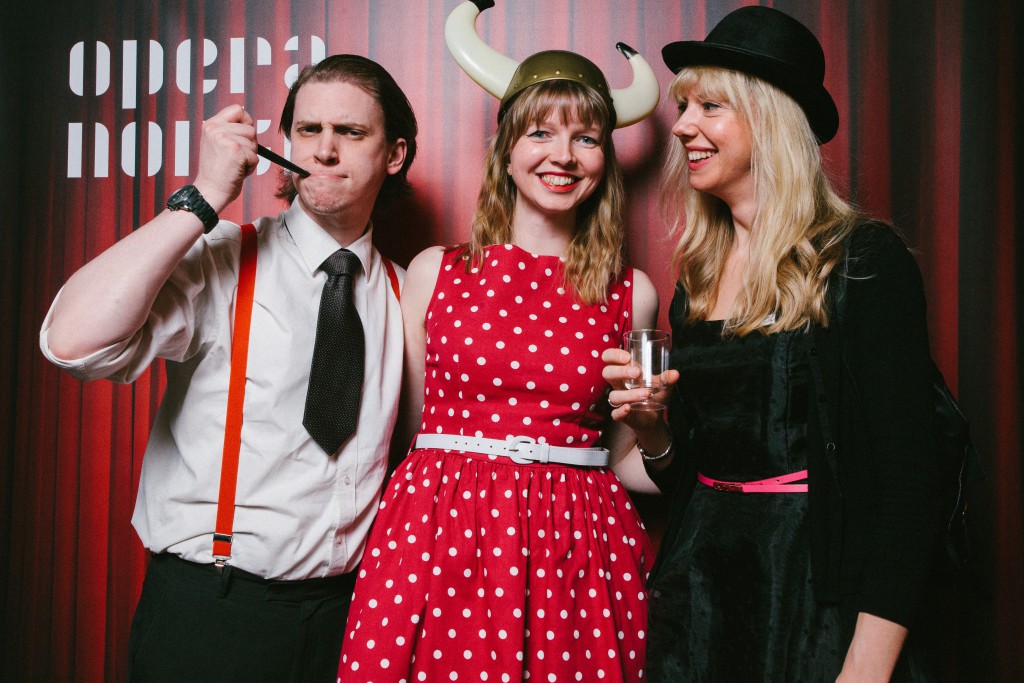 James, me and Emily having fun with the photo booth

As part of the Under 30s offer, the team at Opera North had also organised a deal with Pintura – the tapas and gin place in Trinity – where you could go to Pintura after the show and get a £5 L’elisir d’amore inspired cocktail and also two pintos plates. We were quite tired by this point though and just popped over to Belgrave for a quick slice of Dough Boys pizza before getting the last train home.

This production of L’elisir d’amore was delightful – surprisingly funny and with a wonderful stage setting and props, but I think I preferred the drama of Andrea Chénier.

On the Sunday I went to the Town Hall with my mum and her friend Mavis to see The Best from the West End. Mum has been to many performances by the Orchestra of Opera North and said they never fail to impress. As big fans of musicals, we were looking forward to the show. The concert started at 4pm which seemed a little odd at first, but is actually a really convenient time for a performance on a Sunday! 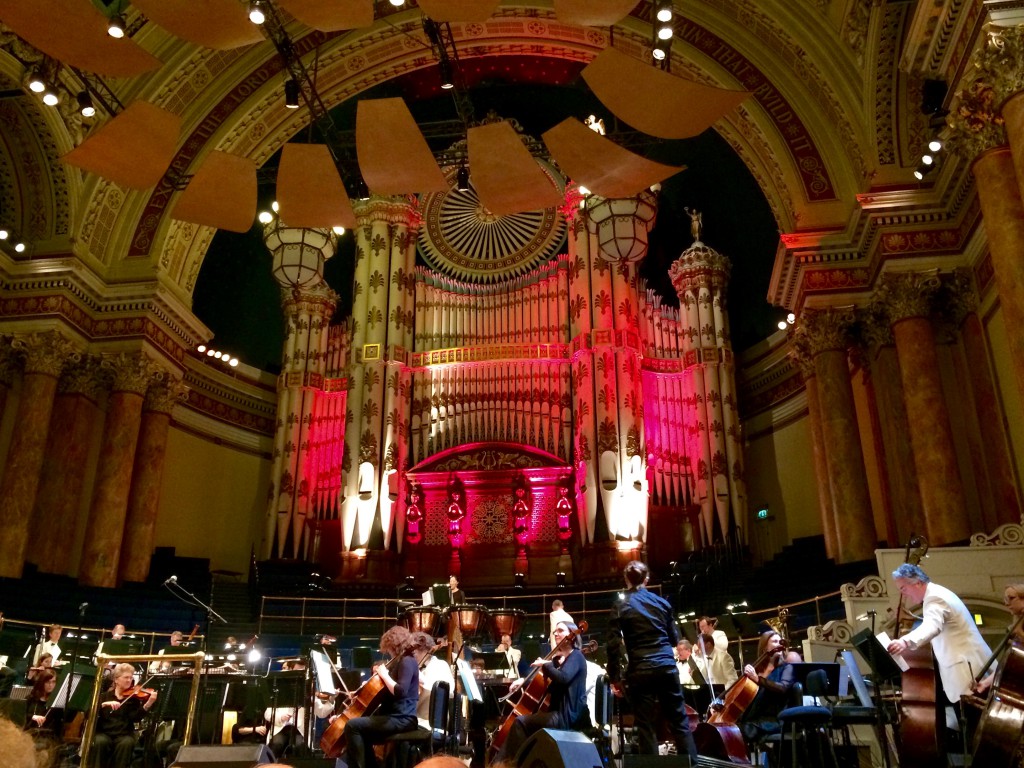 The Orchestra of Opera North warming up at the Town Hall

In addition to the orchestra, there were four soloists (Robyn North, Sally Ann Triplett, Michael Xavier and Scott Davies) who all had very impressive musical backgrounds. It took a few songs to get warmed up, but it ended up being a really fantastic show. There was a 50% off offer on tickets for students which I managed to use as I’ve got an NUS card, so it was amazing value for money.

Songs were played from a variety of musicals including The Sound of Music, The Lion King, Wicked, Les Misérables and my all time favourite – The Phantom of the Opera. Scott Davies was a truly fantastic Phantom and got a well-deserved standing ovation after his performance. It’s so impressive how much of an effect he had on the audience from one song, without all the costumes, scenery and background story of the full musical.

Two very different experiences with Opera North but both really entertaining and enjoyable.