A sneaky experience at Kirkstall Abbey 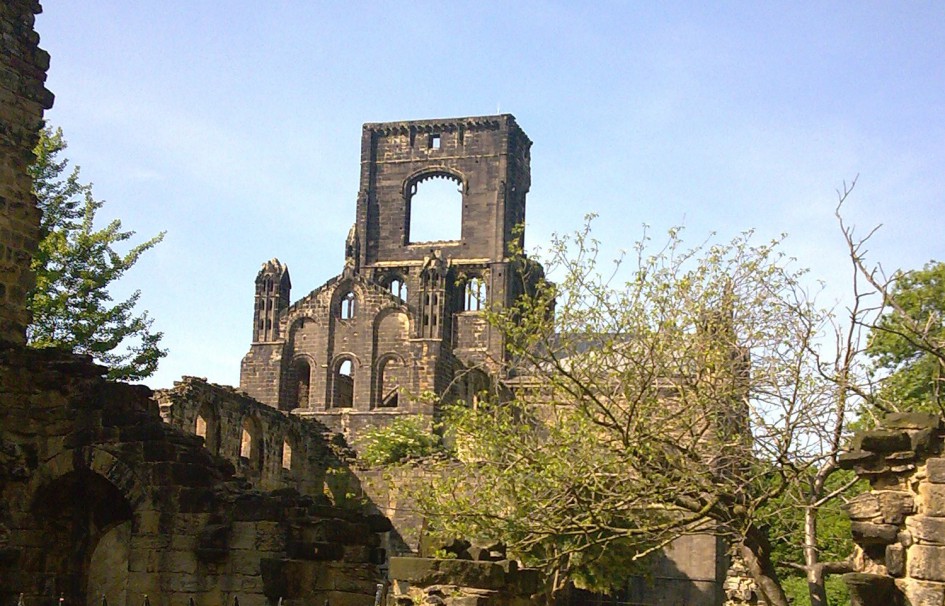 The last two times I’ve been to Kirkstall Abbey, I’ve been wearing a tie. “That’s quite formal for walking around some ruins” you might be thinking to yourself, and you’d be right. But it wasn’t because I wanted to suit up to enjoy the dilapidated abbey, but because I was taking part in a Sneaky Experience.

Sneaky Experience is a company that provides pop-up cinema screenings in unusual locations. They have a number of upcoming events, so I thought I’d write a bit about what to expect from a Sneaky Experience.

The first event I went to was a showing of Harry Potter and the Deathly Hallows – Part 1 with my friends Kirsty, Catherine and Adam. As respectable and responsible adults, we decided to dress up (although Catherine somehow managed to get out of this). I went as a generic Hogwarts student, Kirsty went as Luna Lovegood (complete with radish earrings) and Adam went dressed as Dobby, in a pillowcase. This was the day Adam became my hero. 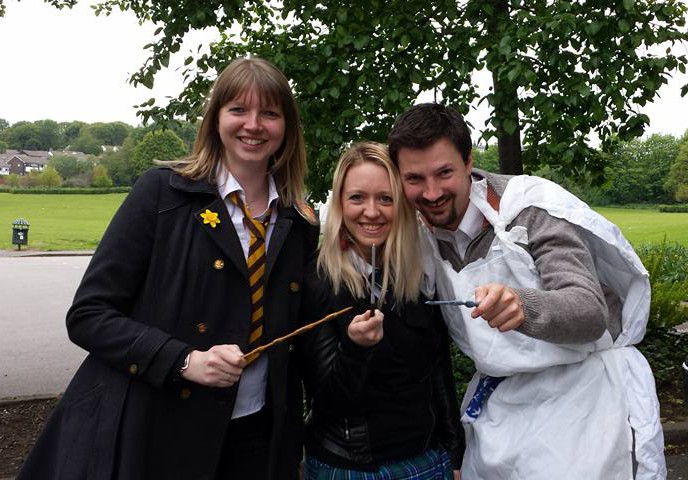 Hogwarts student, Luna Lovegood and Dobby (with wands I made myself!) [Photo taken by Catherine]

There were games for the kids to play organised by Hagrid, a potions class from Snape, an owl posing for photos and swooping over the audience’s head before the film started, and even He-who-must-not-be-named made an appearance.

The second time I went to a Sneaky Experience was for Shaun of the Dead – one of my all-time favourite movies. This time I went dressed up as Shaun (“you’ve got red on you”) as did James and our friends Andy and Ania. As we waited in the queue there were some fantastic zombies roaming up and down the line, making people laugh or scream. 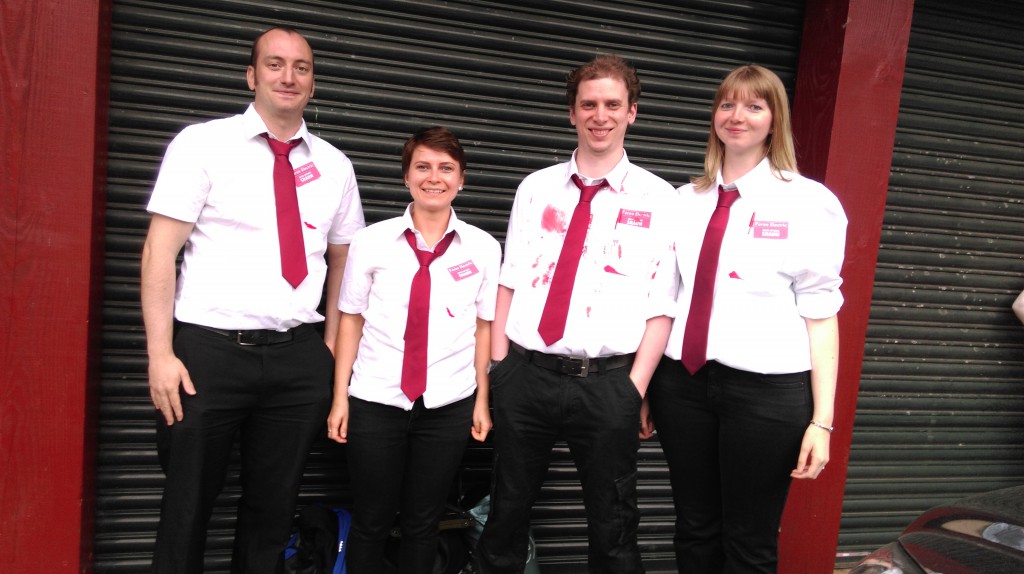 You’ve got red on you

When we got inside the abbey there were three zombie-infested areas we had to get through before watching the film. In the first area we had to walk as slowly as possible without being detected by the zombies, the second we had to just leg it, and the third we had to play a kind grandmother’s footsteps where we froze anytime the zombies came near and then ran when they weren’t looking. Despite telling Ania not to worry and that we’d stick with her, as soon as we were inside the abbey we all abandoned her and just looked out for ourselves – you learn who your true friends are during a zombie apocalypse! 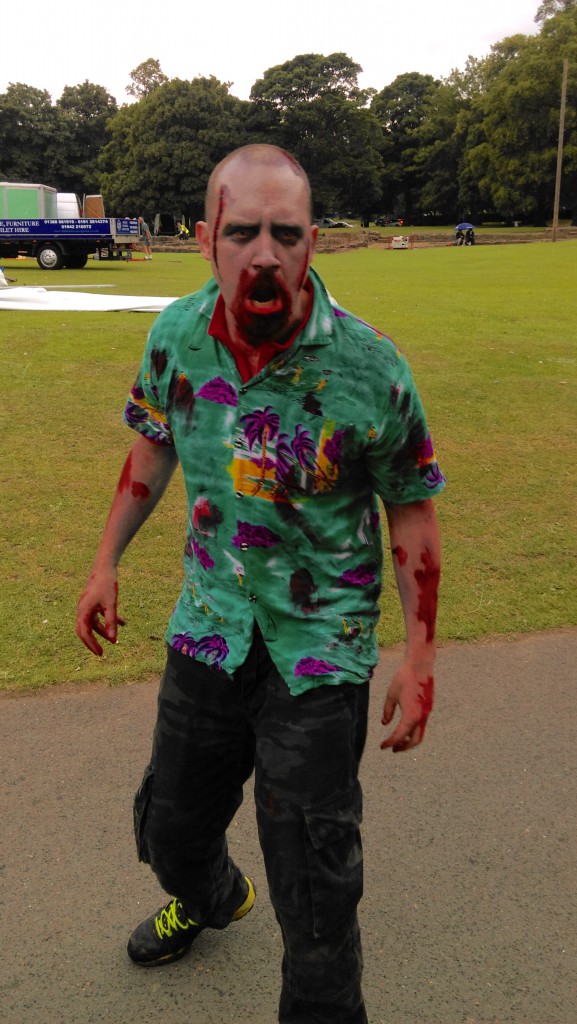 Both Sneaky Experiences were really fun. My advice if you’re planning on attending one of the outdoor events is:

They have some cool films coming up. The Lord of the Rings trilogy is showing in May (you have to choose which army you want to belong to when you book!) although they are all loooong films to sit through. Sneaky Experience also do indoor events, such as at Leeds Town Hall (they’ve just been showing Willy Wonka and the Chocolate Factory) and The Yorkshire Museum, although I’ve not been to any of them.

If you end up going to any of the film screenings, let me know if you had a good time and please share any photos of you in character!