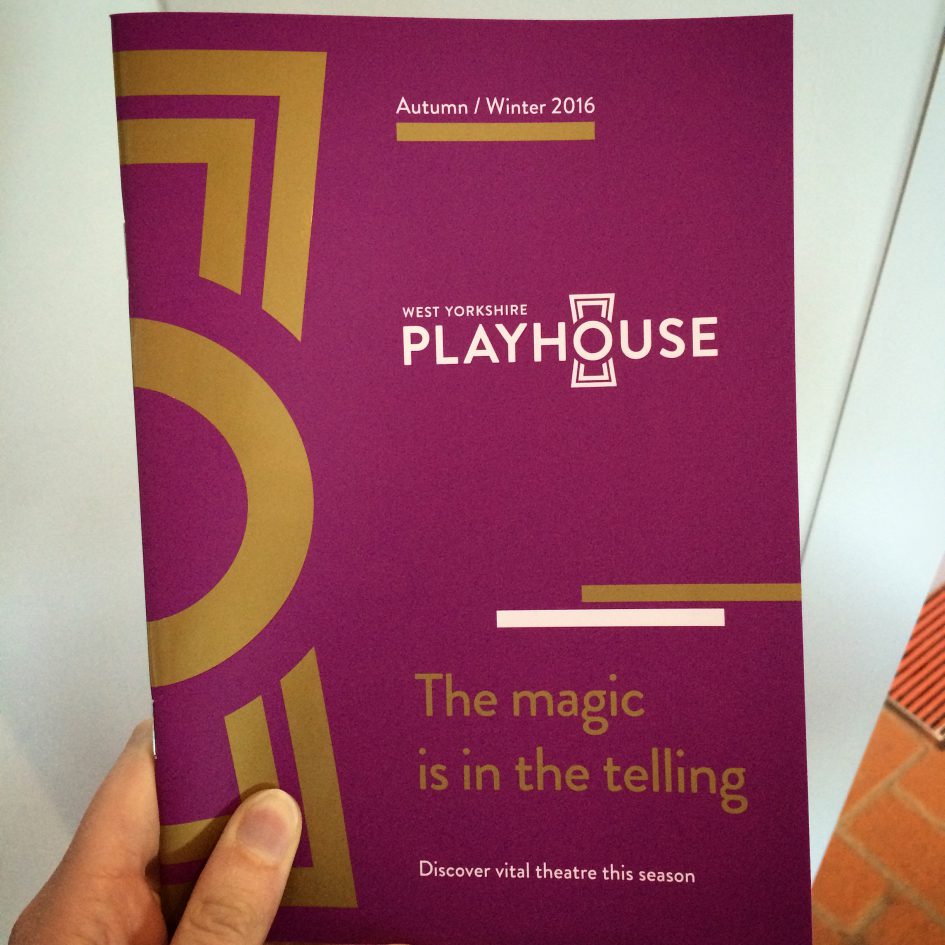 I absolutely love going to the theatre, and in Leeds we’re spoilt for choice when it comes to exciting plays and musicals. There’s enough on at various venues across the city that you could always see something new; I’d go every week if I could afford to.

One of the things I wanted to do this year was to see more plays that had a local focus. I often go to the big, all-singing, all-dancing, sparkly shows, but wanted to make more of an effort to see dramas that are written or directed by local artists, or that feature local talent and are something to do with Leeds/Yorkshire.

Earlier on in the year I went to see The Damned United at the West Yorkshire Playhouse with my mum. It’s a play by the Red Ladder company about Brian Clough’s 44 days as the Leeds United manager. I know nothing about football, and know even less about Leeds United, but I’d heard good things about the play. I must admit that a lot of it went over my head – there were quite a few references I didn’t get – but it was still really enjoyable and very well done. I was glad to have learnt about something that’s part of Leeds’ history and narrative.

On Tuesday I was back at the Playhouse with my mum, this time to see Barnbow Canaries. It’s a drama written by Alice Nutter (who used to be in Chumbawamba!) about two sisters who worked at the secret Barnbow munitions factory, creating shells used in the First World War. Although dramatised, the play is based on fact and focuses on the women suffering from TNT poisoning with their skin turning yellow, and an explosion in 1915 which killed 35 women who worked there, injuring many more.

It was a brilliant production; I gave it 10/10. The cast were amazing and I ended up laughing and crying loads. It had an incredibly moving ending, with a yellow balloon released for each woman killed in the explosion as their names were read out one by one. Due to the secrecy of the factory, the deaths and injuries were not reported until years later. The play really brought across the message that it’s important that these stories are told, and that people are remembered. It also tied in nicely with the Women, Work and War exhibition I saw at Leeds Industrial Museum a few weeks ago. 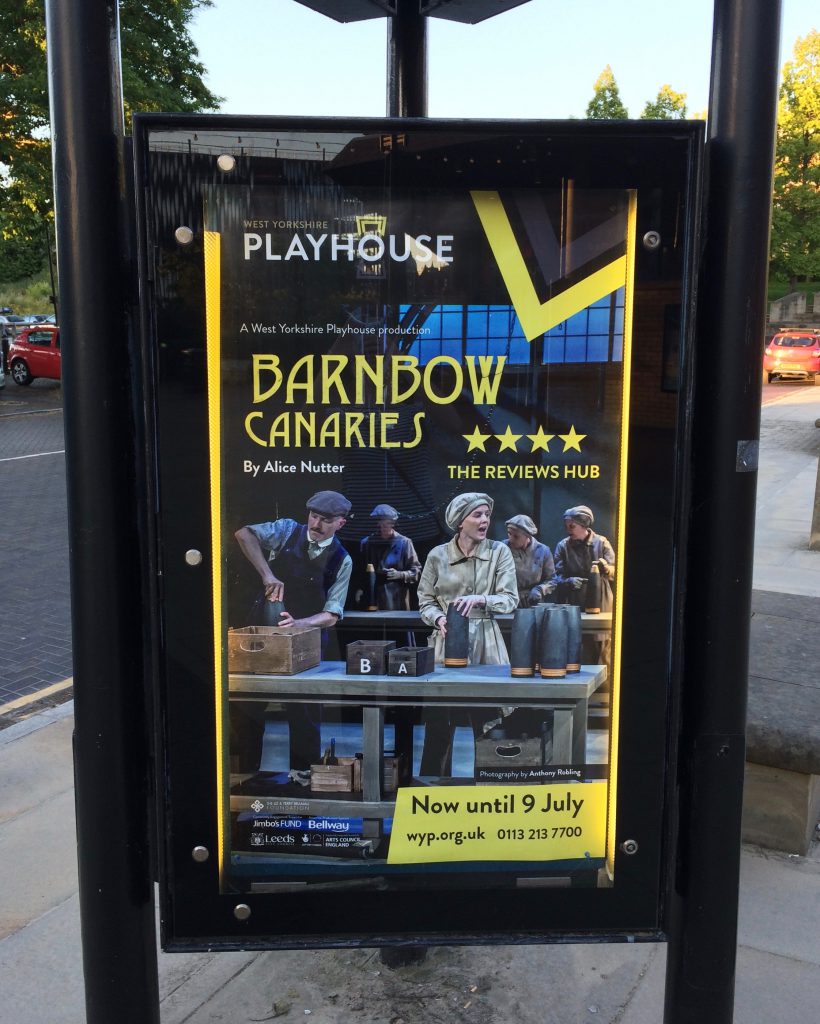 Red Ladder also recently had a play on that commemorated the centenary of the Battle of the Somme with a local focus – Leeds Lads at the Carriageworks – although unfortunately I missed it.

Another Leeds play that I missed but heard excellent things about was Tour de Beryl. The play is about cycling champion Beryl Burton, who was born in Leeds, and was first on at the Playhouse in summer 2014 to coincide with the start of the Tour de France in Leeds. It was brought back last year by popular demand. Again, it’s not something I’m normally interested in, but everyone raved about it so I’m disappointed I didn’t go!

Both The Damned United and Barnbow Canaries took place in the Courtyard Theatre at the Playhouse. It’s a very intimate theatre and tends to be where the local plays are put on. The Playhouse also has the Quarry which has tiered seats in a semi-circle, looking down on to the stage. It’s brilliant; there’s no bad seat in the Quarry so I recommend taking advantage of the cheap tickets (usually around £12) on the back row.

If you’re going to see any plays soon based on local history, I’d be really interested to hear about it.