Treasures of the Brotherton Gallery 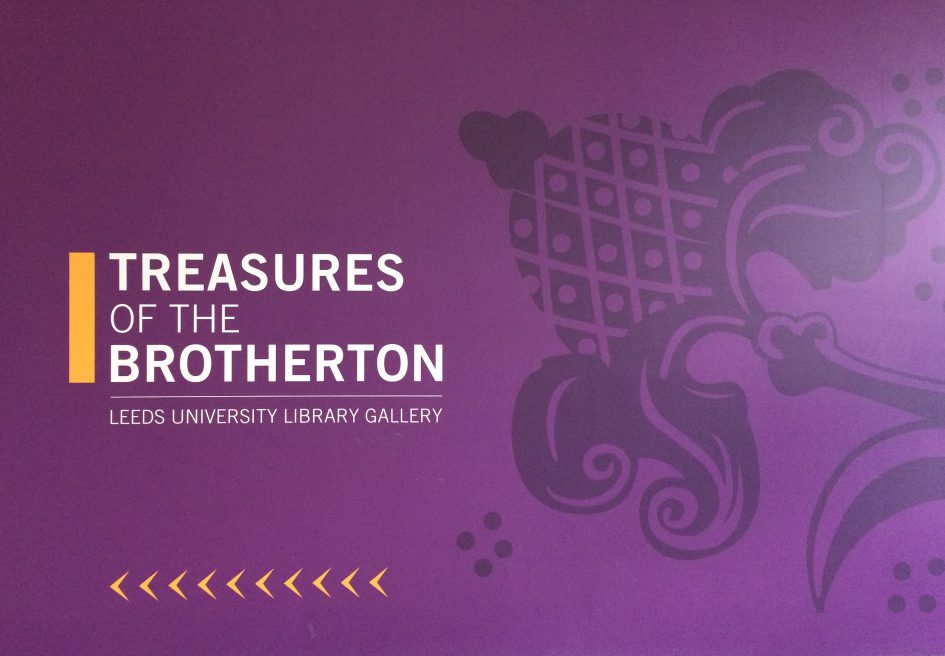 Inside the Parkinson Building – the white building with the clock tower on Woodhouse Lane – there is a small gallery which houses a number of rare and special manuscripts, notes and maps.

The Treasures of the Brotherton Gallery opened earlier this year and is home to a variety of interesting items. According to the website, “Amongst these treasures is a rare copy of the first folio containing the plays of William Shakespeare. Other gems include a Tudor cookery book printed in the time of Elizabeth I and a map and compass used by the first prisoner to escape back to Britain from Germany in the First World War.” 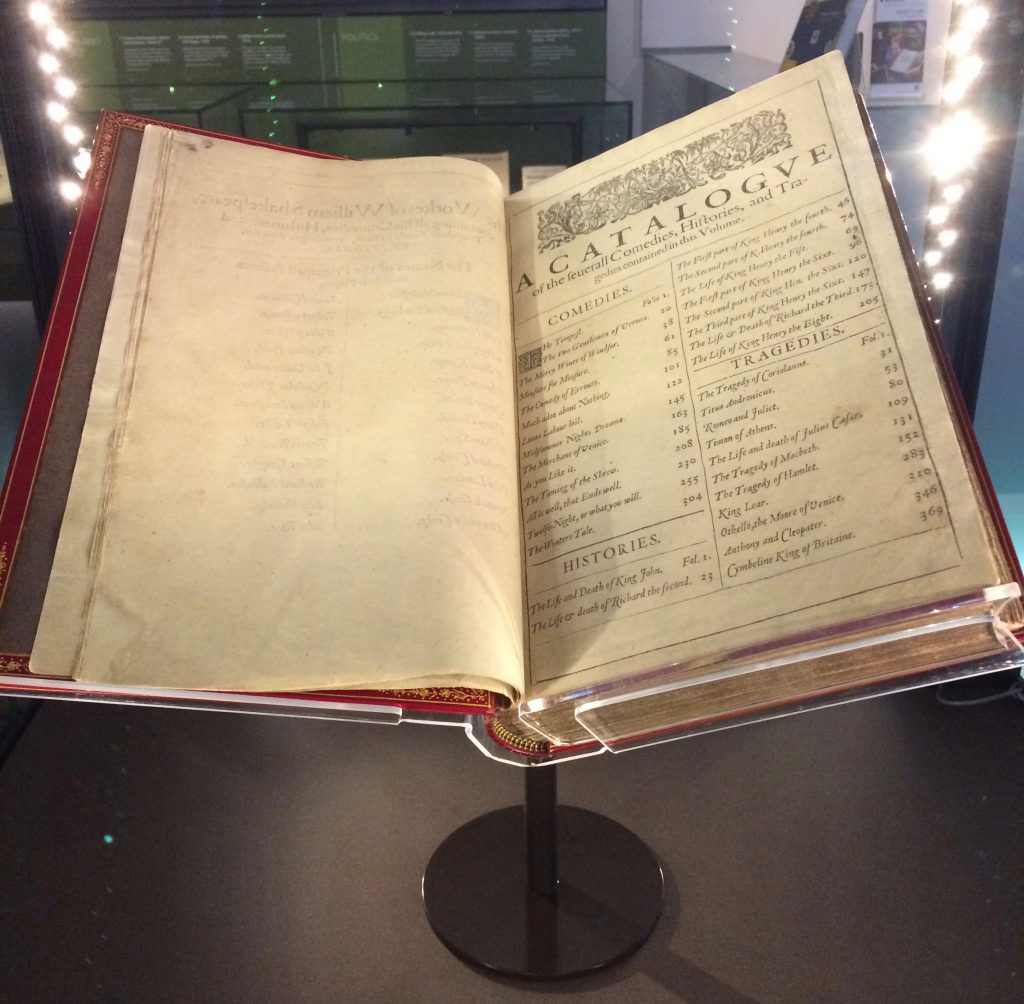 Although not much of a history buff, I love old books so was really looking forward to visiting the gallery. It’s open to the public, free to enter and on Tuesdays they have a drop-in session from 1.15pm to 1.45pm. This is when you can see some of the special collection items up close and ask questions about the authors. As I work at the University, it’s really easy for me to pop in, although unfortunately I often have something on Tuesday lunch times so have only been able to go a few times so far.

Each week focuses on a specific theme or artefact. For example, there have been letters/notes/books from Charlotte Brontë (tying in with her 200th birthday), Melvyn Bragg, and to mark the Somme Centenary.

The first time I went was part of the University’s Be Curious festival. There were a number of medical books and manuscripts out on display. There was one particularly large and impressive book, which I’m afraid I can’t remember what it was called or who it was by, but if I could, I’m sure my medical friends would go “oooh!”. I remember thinking how nice it was that the book wasn’t behind a glass cabinet and you could actually see it up close.

I also went to a drop-in session on JRR Tolkien, who had been a professor at the University of Leeds, and got to see letters written by himself. More recently, I went to a Tuesday session on medieval texts which was rather cool. I just love the intricate illustrations and am amazed at how well preserved some of the manuscripts are. 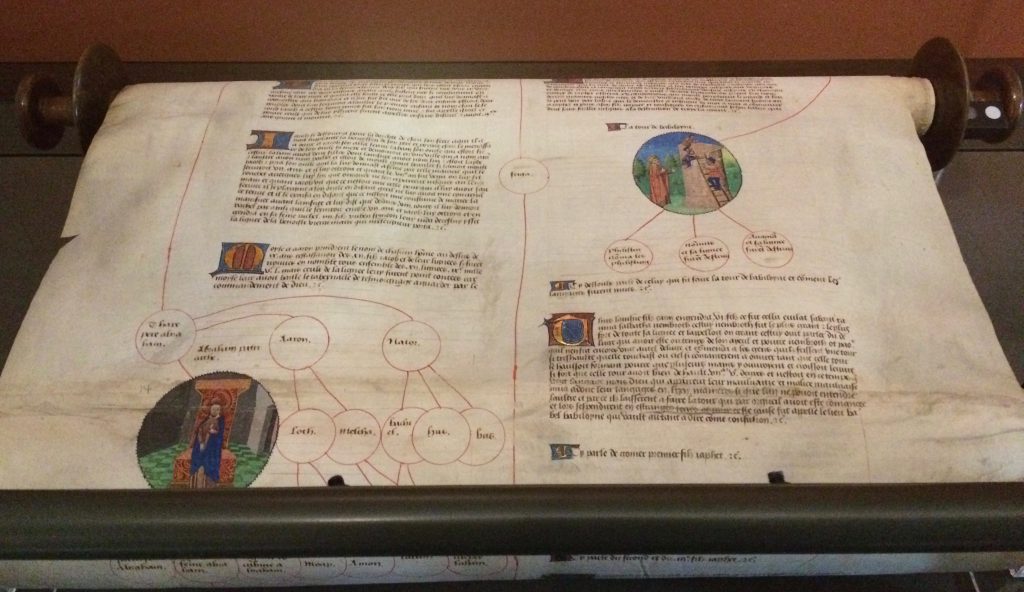 Genealogical History Roll, France, 1461-1483.
A couple of members of the library staff had made an ingenious smaller version of this scroll so that they could go out and about and show people, using two rolling pins from Wilkos!

[Susan – if you’re ever up in Yorkshire, I’m going to take you here as you’d love it. There was a bookbinding session on recently so I’m sure there’ll be plenty to interest you!]

There’s only one more Tuesday session left before the summer break, but if you don’t get a chance to go next week, it starts up again in September. They also have other events on throughout the year which are worth checking out. 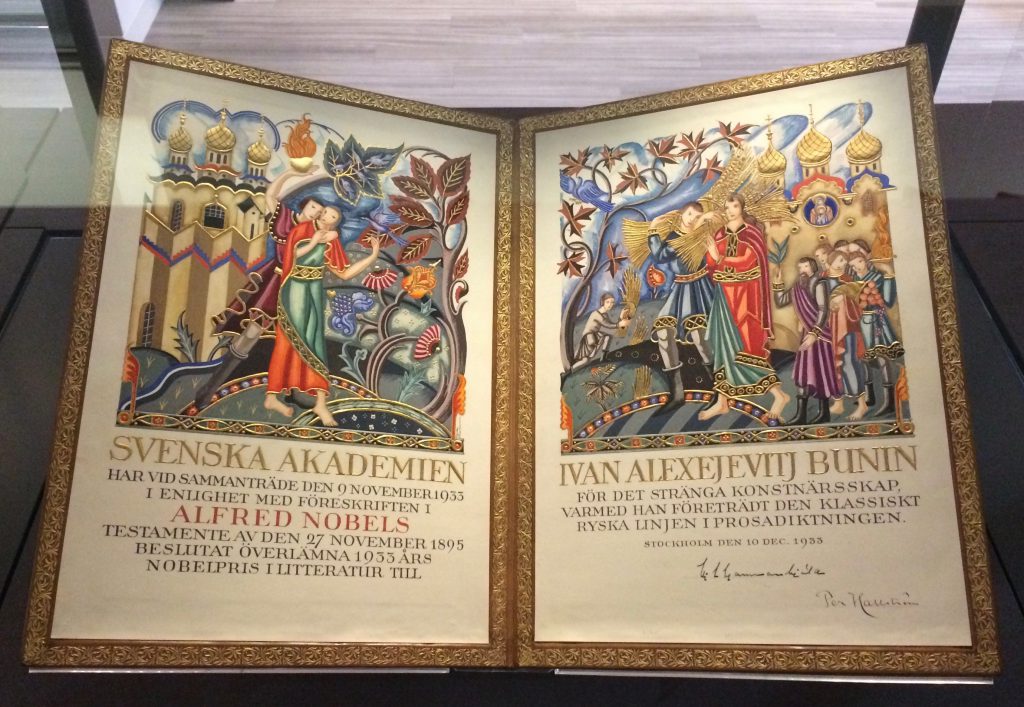