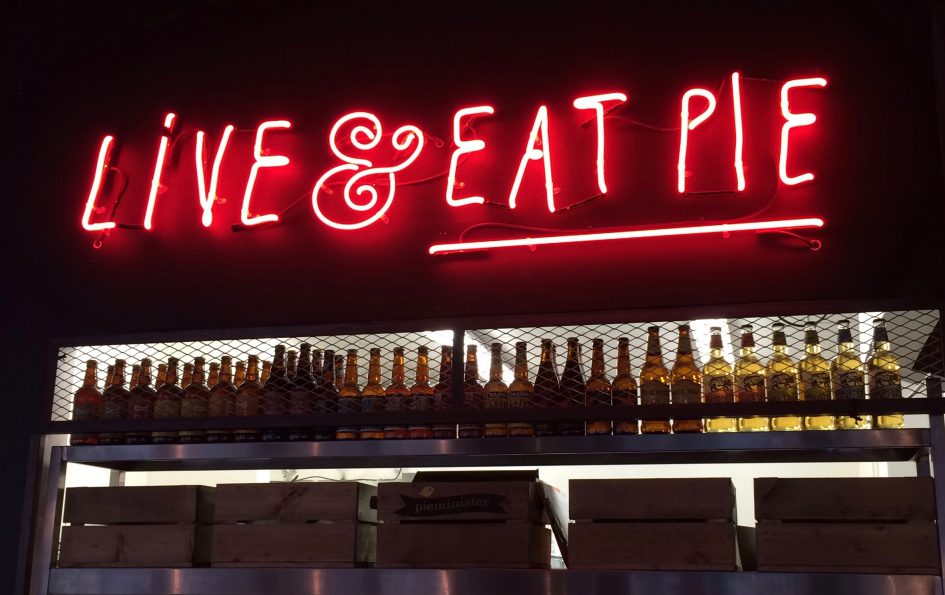 It turns out that this is my fifth blog post that mentions pies. I must really like pies! It’s a good thing then that we have a Pieminister in Leeds – a whole restaurant dedicated to pies.

Pieminister opened in Leeds last year, in between the Corn Exchange and Distrikt, and I’ve been a number of times with various different people. 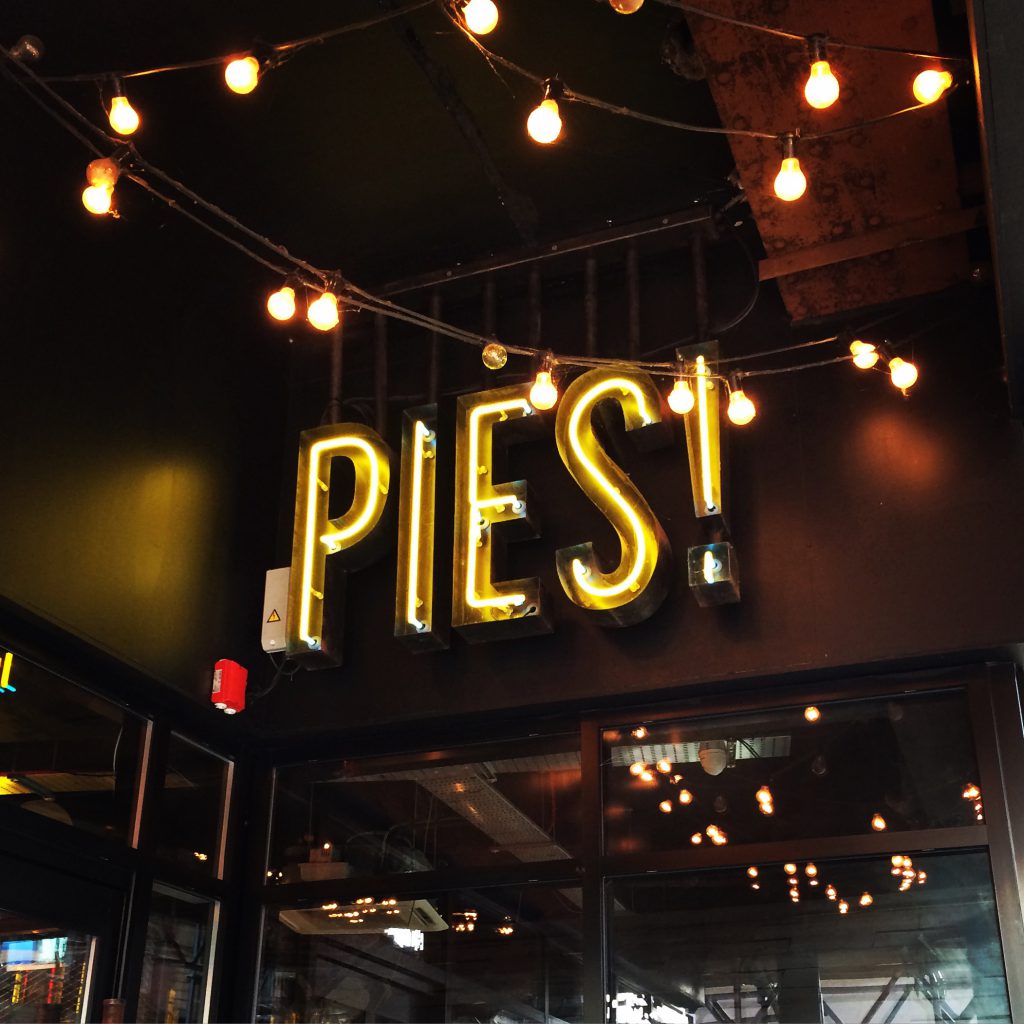 There are meat and veggie pies, both with a closed or open top, and also a couple of gluten-free options too. There are a lot of great pies to choose from but I personally would recommend the Matador (steak, chorizo, olive and butter bean),  Chicken of Aragon (chicken, smoked bacon and tarragon) or Mighty Aphrodite (aubergine, green lentil and red pepper.) 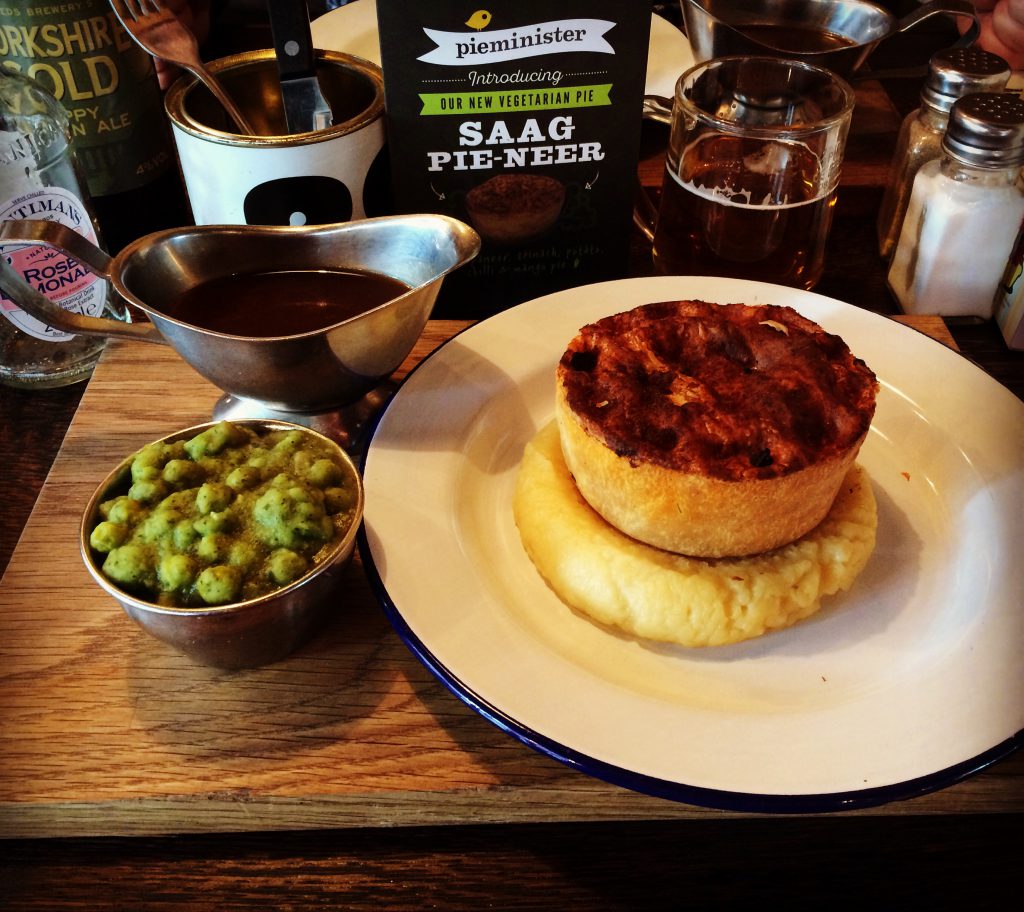 You can then ‘pimp up’ your pie with extras, such as a chorizo stick, and there are sides as well, like peas and chips. The minted mushy peas are beeeeautiful.

If you are on a budget, the pies themselves are very reasonable, although it can get a bit more expensive if you get carried away with extras, sides and drinks. There’s a 2-4-1 deal on cocktails before 7pm if you order the same cocktail which makes it nice and cheap. They also offer a 10% student discount (which I did not realise until I went on the website just now – d’oh!)

Pieminister now do pudding pies, just incase you weren’t all pie-d out. I wanted to try all of them on the menu but just went for a Glastonbury Mud Pie instead.

If you have a sweet tooth and like your chocolate to come with an extra side of sugar, this chocolate ice-cream pie with meringue is the one for you. James ordered the toffee apple ice-cream pie which I wanted to try, but he wolfed it down before I got a chance. (I was also enjoying my meringue too much to be aware of what was happening around me.) 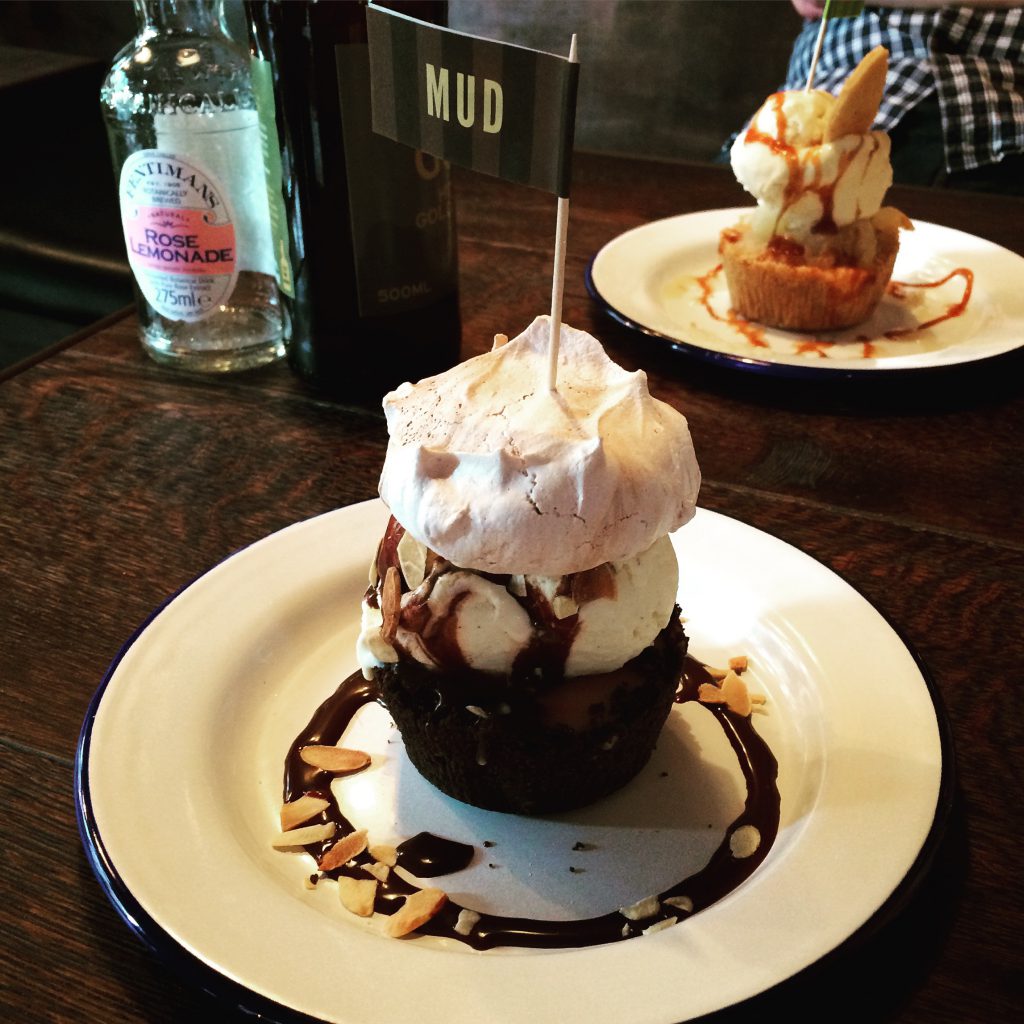 The service in Pieminister is really quick, which makes it a great place to go if you haven’t got too much time. It’s so close to Trinity too, so is a good option if perhaps you want to eat somewhere before seeing a film at the Everyman or before/after a cocktail at the Botanist.

I’m just going to end this blog post now as it’s too hard to resist the urge to finish it with “It’s as easy as pie!” or “Never mind pie in the sky, it’s pie in your belly!” and even I’m groaning at that…