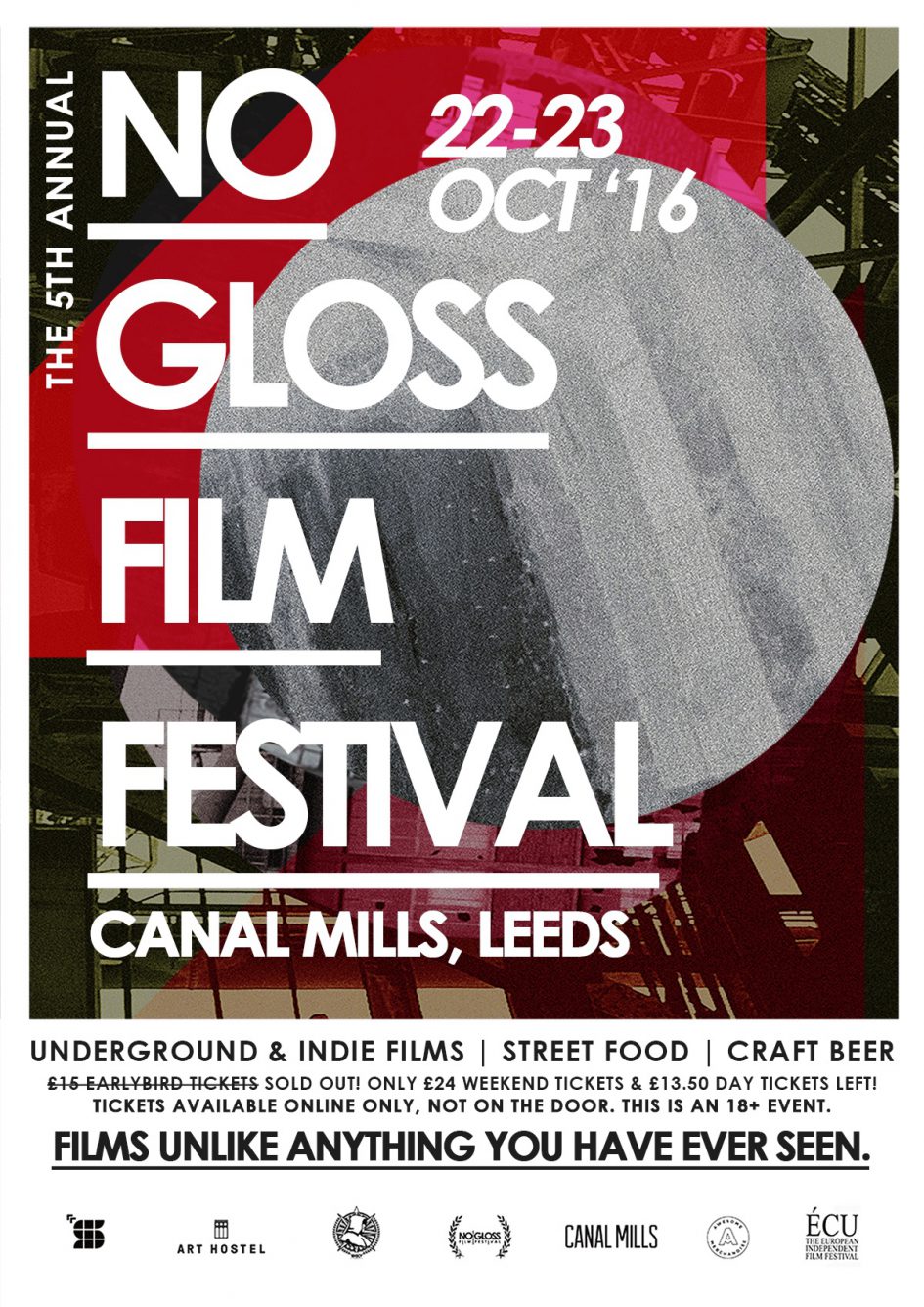 I regularly go to the Showcase cinema but for ages I’ve been wanting to see films at different venues other than purpose built cinemas, and also independent films rather than just the usual, big blockbusters.

There’s plenty on in Leeds – such as the International Film Festival and Minicine – but I always end up missing them, so when I got an email from the guys at No Gloss Film Festival asking if I wanted to go to their 2016 festival at Canal Mills, I immediately put the date in my diary.

Their programme – Films Unlike Anything You Have Ever Seen – is a “carefully curated selection of underground, unconventional indie films from the world over, in a gritty industrial warehouse setting with fantastic street-food and craft beer!”

Returning for the 5th year, the festival is taking place on Saturday 22nd and Sunday 23rd October with over 40 films to watch. The films vary in length, from just two minutes to over an hour, so if you’re an indie film newbie and a bit unsure about what you’ll like, there are plenty of short films to give you a taster.

There are lots of different topics covered in various different styles, from the dark and thought-provoking, to the humorous and undemanding. Some are poetic, others political. Most of them look to be really beautiful and others are wicked spoofs. You can view all the trailers here.

Being a muso and Leeds advocate, I particularly like the look of Busking Turf Wars. Set in Leeds, it’s a documentary following busker Steven Lockmoore and what happens when a rival busker threatens to take over Steven’s turf. It just looks really funny (and I like spotting all the local landmarks, even though I walk by them nearly every week.)

Spoof documentary – The Art Bastard Show – also looks funny (it has “vegan taxidermist” in the plot description, so that immediately piqued my interest) and Bossman looks suitably bonkers. Although I’m naturally drawn to the mockumentaries and the bizarre, there are plenty of hard-hitting films to watch too if that’s more your thing. 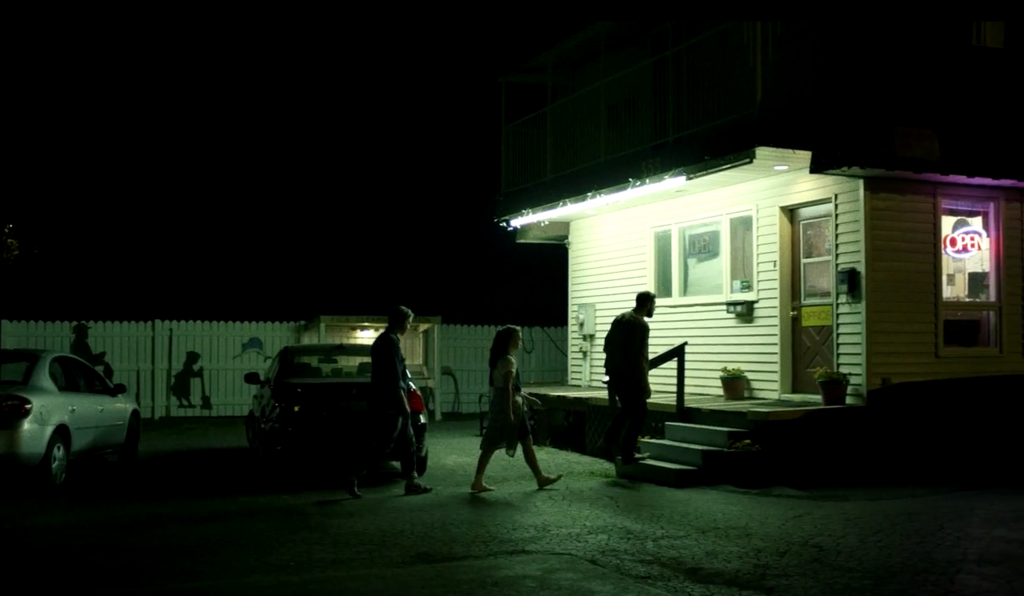 I’m glad that it’s at Canal Mills as well as I’ve only been once before (to their Battle of the Burgers) and I really enjoy seeing different events held in Leeds’ old industrial areas. There are some really creative collaborations taking place all over Leeds in various industrial spaces such as The Temple Works in Holbeck.

As you may have already gathered if you’re a regular reader of the blog, I love street food, so am looking forward to trying some Indian vegetarian food from Manjit’s Kitchen. I’m sure James will be making the most of the craft beer as well. There’s an after-party on the Saturday at Northern Monk Brewery so you can finish your day of independent films with some independent beer.

A lot of the time I tend to blog about an event after it’s happened, which is good as I can give a proper run-down of what it was like, but doesn’t help you if you think it sounds really fun but have to wait a year for the next time it’s on! This time I’m giving you plenty of advance warning. Tickets for the No Gloss Film Festival are available to buy online – it’s £24 for a weekend ticket or £13.50 for a single day. The event’s for over-18s only and you need to buy tickets online in advance.

Here’s the exciting news – I have a pair of tickets to give away! If you want a chance to win a pair of free weekend tickets to see Films Unlike Anything You Have Ever Seen, leave a comment below saying which film you most want to watch, and I’ll choose a winner at random. Please leave your comment before midnight on Friday 30 September. I’ll be announcing the winner on Saturday 1 October.

Thanks to No Gloss Film Festival for giving me a complimentary pair of tickets to attend the festival and also a pair of weekend tickets to offer as a competition prize on this blog. 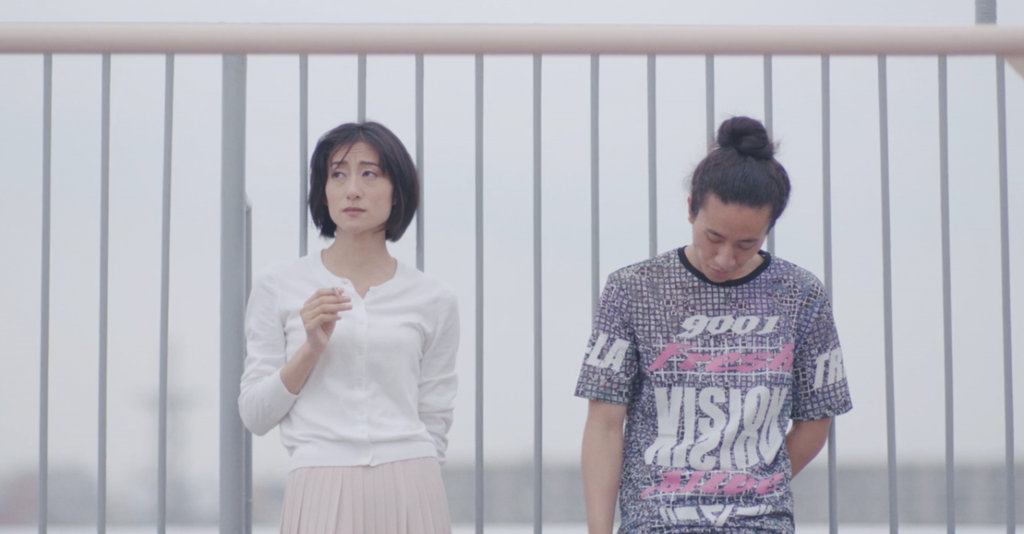