Bossa – Bring me the meat! 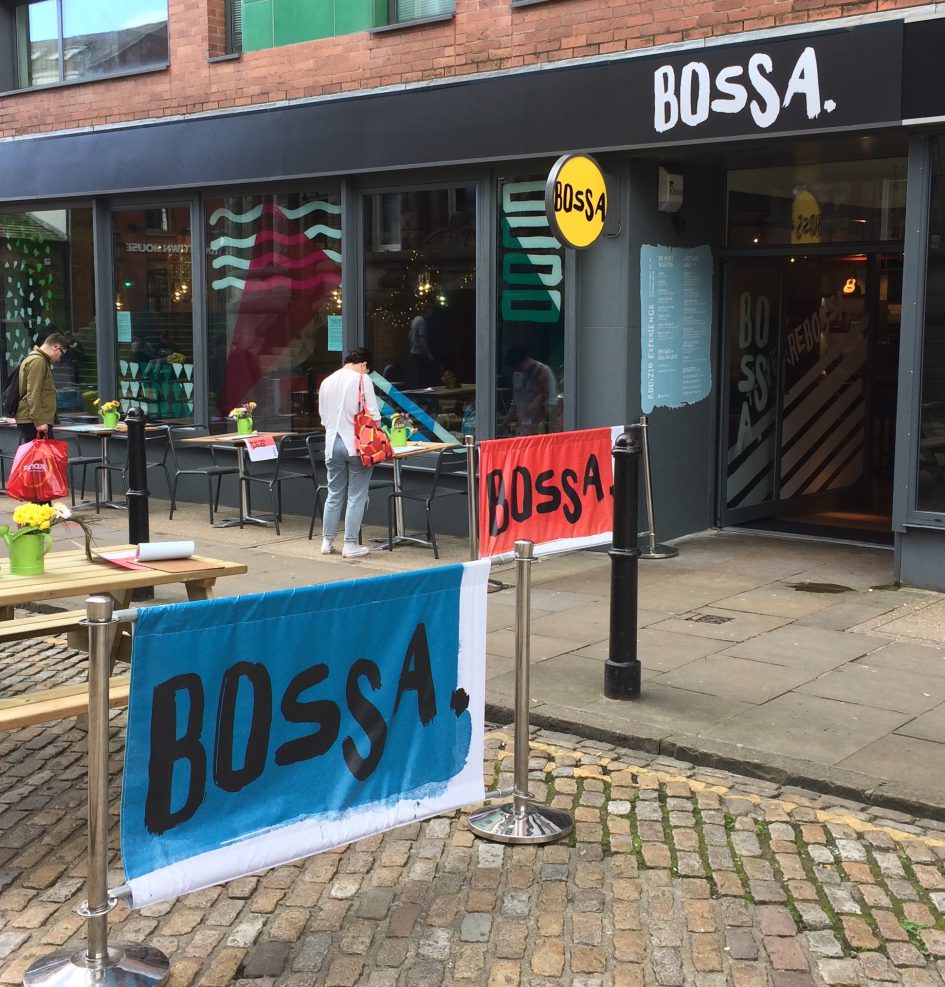 You might have gathered from previous blog entries that James and I aren’t exactly vegetarians. We like our meat served with a side of meat, so when I heard that there was a new Brazilian restaurant – Bossa – opening opposite the Corn Exchange, I was rather keen to try it.

Bossa is from the team behind Fazenda at Granary Wharf, offering a more casual and modern Brazilian dining alternative. It’s on the cobbled Cloth Hall Street, where Zizi’s used to be. Only one door down from Red’s, and up the street from Cattle Grid, this area has become a bit of a meat haven.

I went a few weekends ago after a fun hour trying to escape an Alice in Wonderland themed room with James, Lorraine and (other) James.

At Bossa, the meats are freshly grilled and then brought over to the table. This means that other than drinks and sides, you don’t have to choose what you want from the menu. As the chefs don’t have to cook from order, the food arrives very quickly. All of this is a bonus for me as I get easily distracted when looking at menus and find it hard to decide what to order! I’m then very impatient when it comes to waiting for my food too.

You’re given a little plastic cow to place at the end of the table. If the cow’s upright, they keep bringing you food and then once you’ve had enough, you just turn the cow over to signal you’re done with the meat. (Don’t worry – you can always turn it over again if two minutes later you realise perhaps you could manage just a little bit more…) 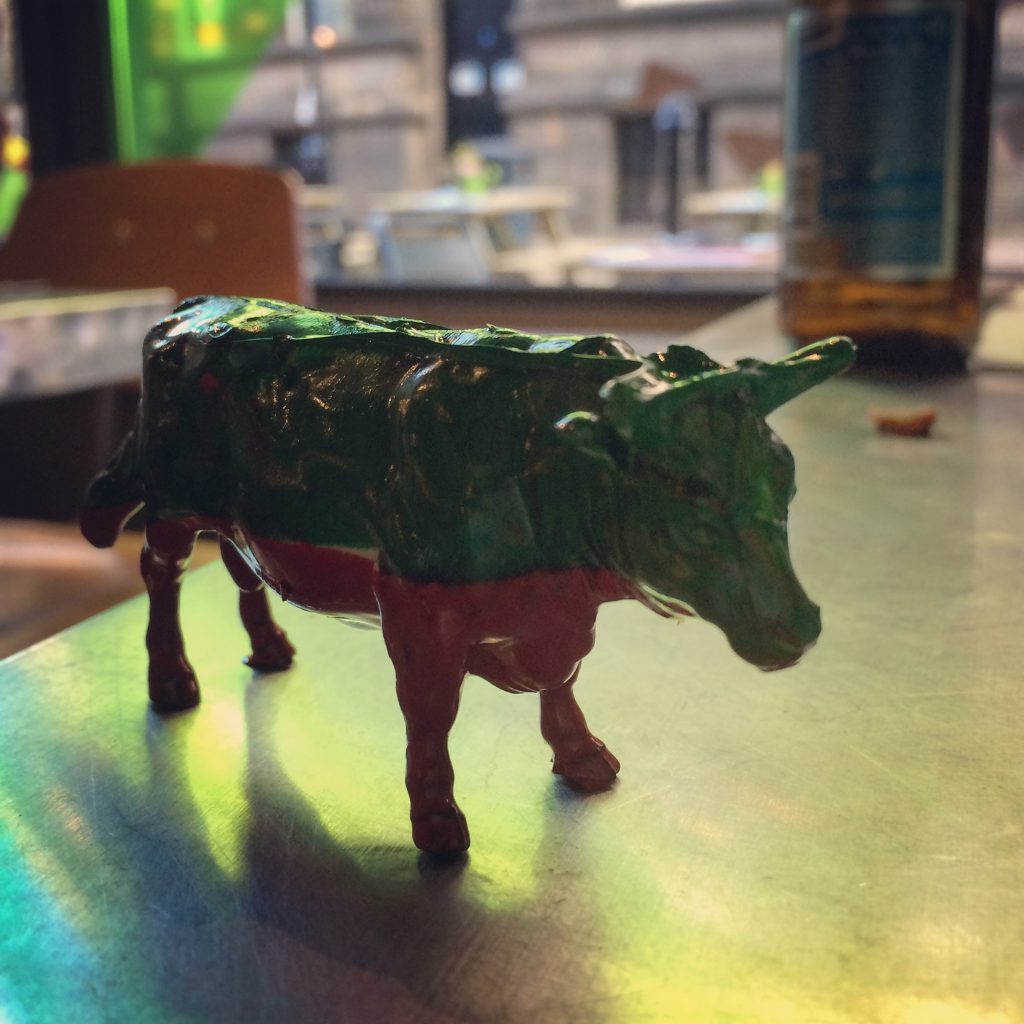 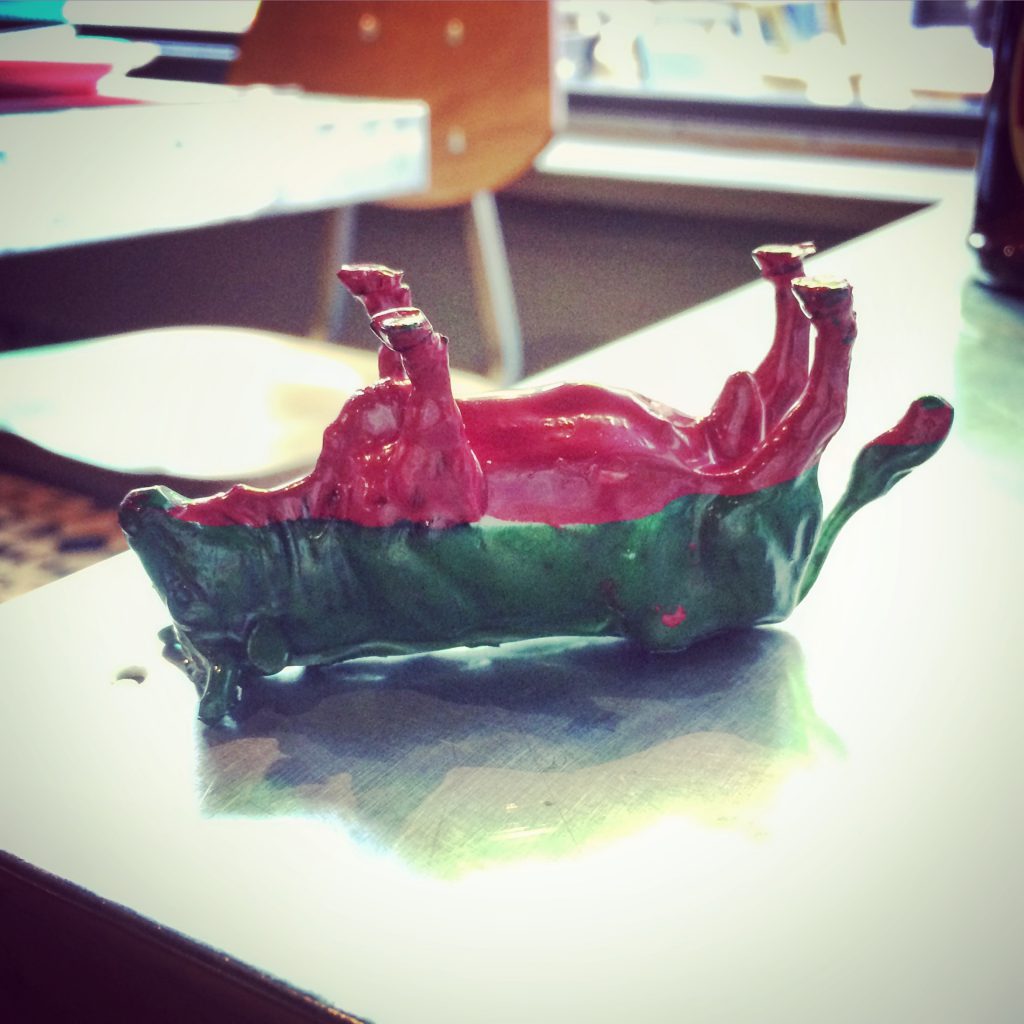 The meat is carved in front of you and you use your tongs to take a slice. For some reason I found using tongs in a restaurant quite delightful. 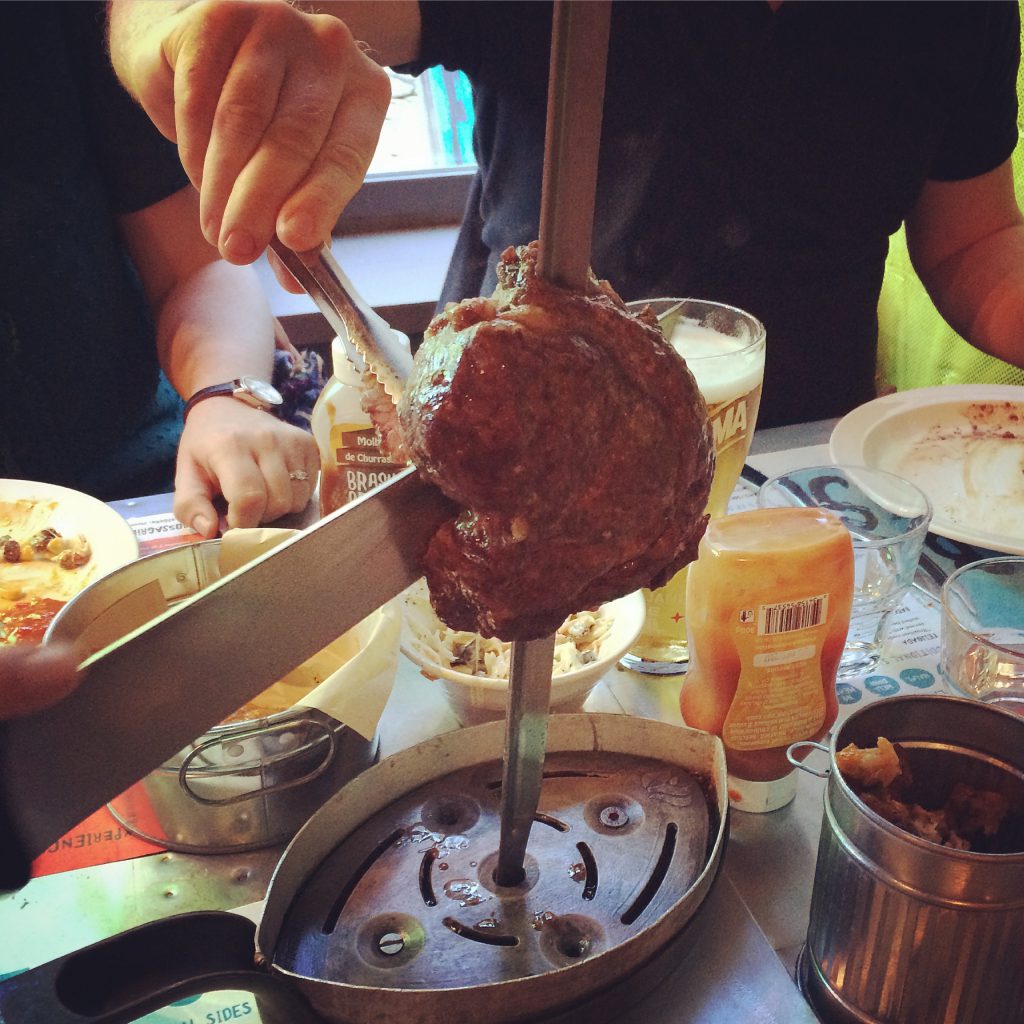 We had: cap of rump, lamb chump, slow braised pulled beef, chicken wings and thighs, pork sausage, pork belly and the guest meat (can’t remember what it was, but it was tasty!) My favourites were the sausage and the chicken thighs, although all of it was really flavoursome and juicy.

Even though we were all incredibly full, we saw the couple at the table next to us eating churros with chocolate and we didn’t want pudding envy, so ordered a couple to share. I’ve had churros before, but only from street vans and they’ve always been a bit bland and hard. These were delicious though – piped with chocolate through the middle as well as served in a dipping sauce. It satisfied the churros cravings I’d had since watching Bake Off the previous week! 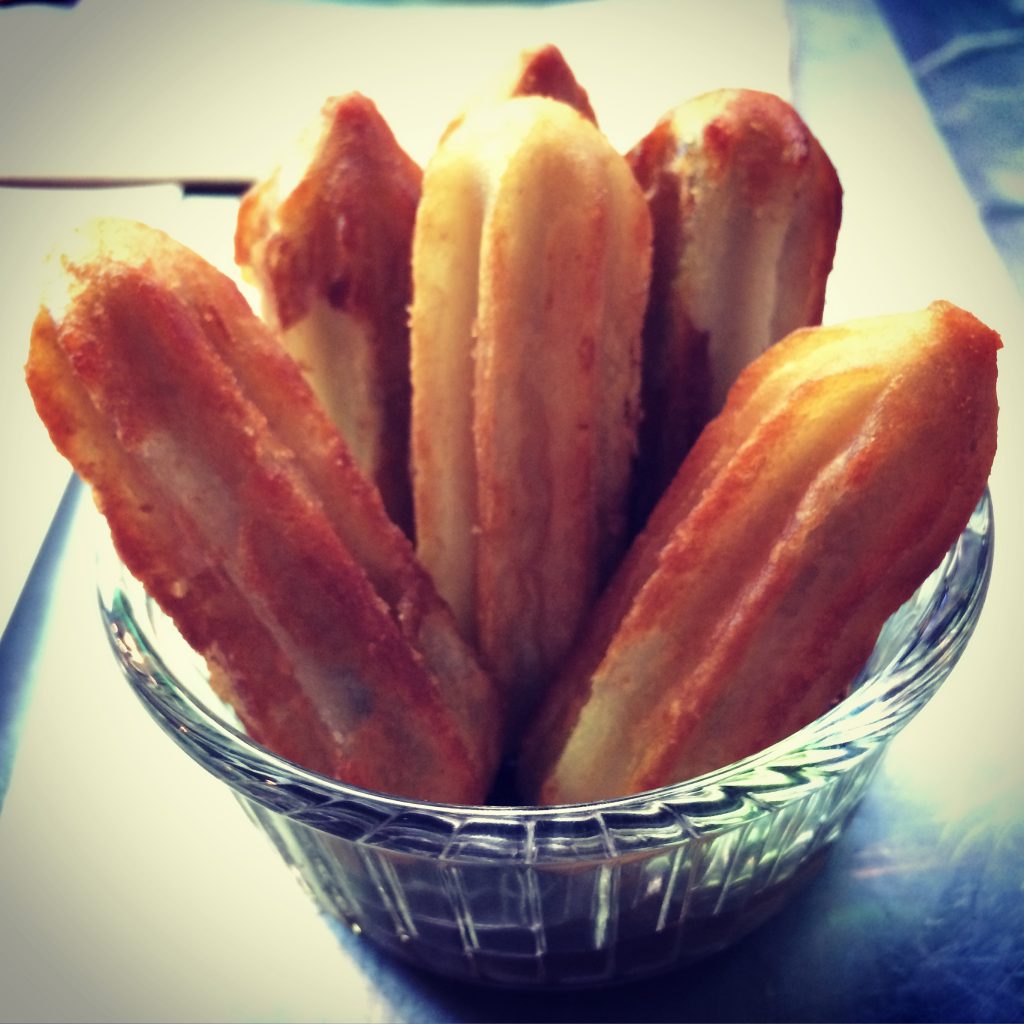 The staff are friendly; the restaurant is decked out nicely (as James B said – there aren’t many places that can make breeze blocks look good) and they don’t scrimp on the portions. Good stuff all round! 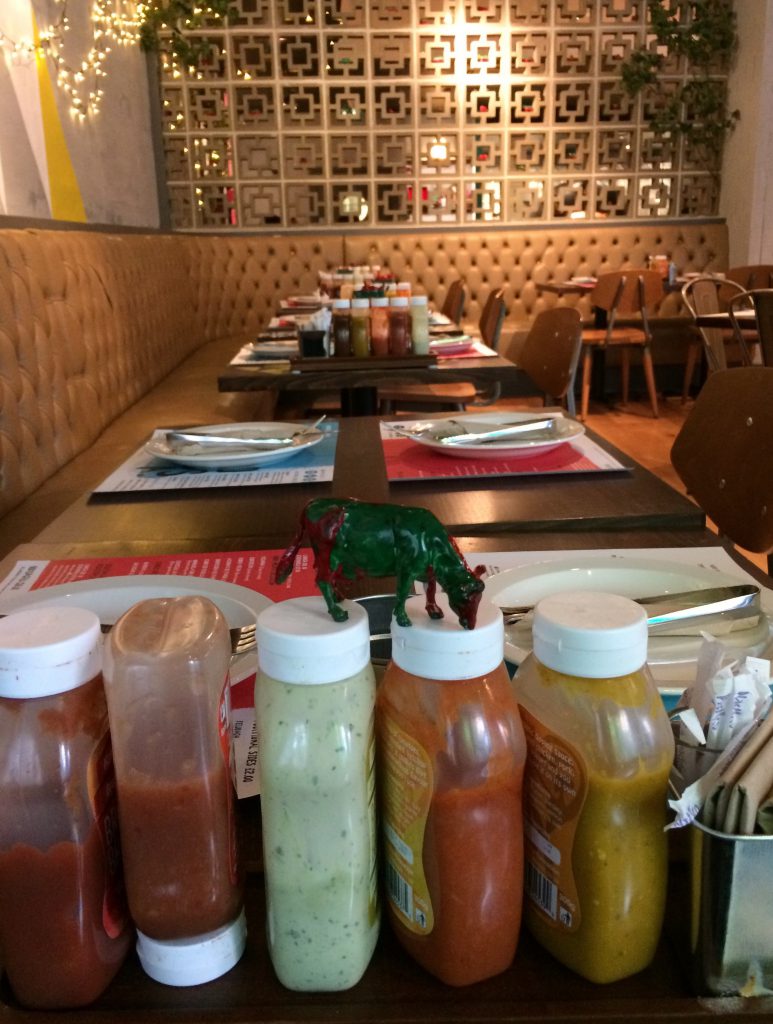