Carrying on the Christmas countdown, here are some other ace things I’d recommend doing in Leeds over the festive period.

Built in 1914, Hyde Park Cinema is a beautiful, traditional cinema showing a mixture of arthouse and mainstream films. It was announced a couple of months ago that the cinema would be receiving Heritage Lottery Funding to preserve its features and also make it more accessible. This cosy cinema is the perfect place to watch the Christmas classic – It’s a Wonderful Life. I saw it for the first time a couple of years ago on Christmas Eve. With mince pies and mulled wine, this is a great night before Christmas treat.

In case you can’t get enough of this Christmas tear-jerker, It’s a Wonderful Life is also being shown at the Howard Assembly Room. Making this film extra special, there will be live music for half an hour before it starts. This is another lovely venue to watch a feel-good film.

It’s a Wonderful Life is on 19 December.

Northern Ballet – Beauty and the Beast at The Grand Theatre.

Northern Ballet always put on fantastic productions. I saw Beauty and the Beast about five years ago and really enjoyed it. The impressive dancing, beautiful costumes and live music make it a magical show to see around Christmas time.

Beauty and the Beast is on from 15 December to 7 January.

Millennium Square plays host to a real variety of different activities throughout the year (summer beaches, ice-rinks, food festivals, live music, lady-boys…) but one of my favourite events in the Square is always the German Christmas market. It’s not as big as other similar markets (like the one in Manchester) and it sells the same standard stuff each year (wooden toys, bags of nuts and sugared delights, fancy candles etc) but it’s still lovely to walk round.

One of my favourite things was the “Frankfurter Scheune” – the big chalet in the middle where you can drink from big steins and eat bratwurst – but unfortunately they’re not doing it any more this year! There were long tables with rows of benches and booths inside, with a live oompah band that you could swing your steins to (oh aye!). I don’t drink beer but enjoyed the gluhwein. You could have it with rum, or amaretto, or if you went for The Snowman (a deceptively innocent-sounding drink) you got both!

It’s a shame it’s not running this year, but it’s still nice to wander around the little wooden chalets set in a winter wonderland, with the smell of gingerbread and stollen in the air.

The Christkindelmarkt is open from Friday 11 November to Sunday 18 December. 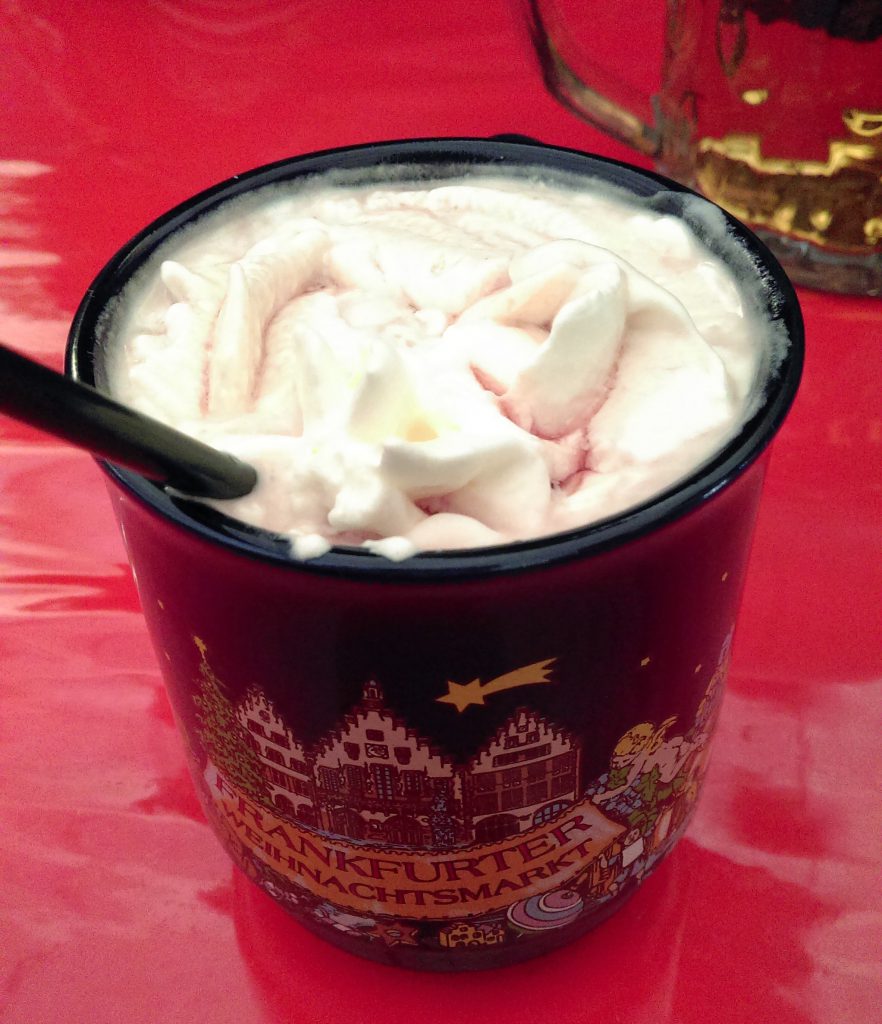 If you’re feeling sad that there won’t be a beer tent at Millennium Square this year, don’t worry – we’re getting a viking themed bar just down the road instead! I’ve not been before, but there has previously been a “Thor’s Tipi Bar” in York, and this year it’s coming to Leeds. Apparently there will be log fires, an outdoor BBQ, ale, mulled wine, hot cider, hot chocolate and prosecco. Sounds good to me! (As a fan of the TV show Vikings, it also gives me an excuse to wear my hair à la Lagertha.)

Thor’s Tipi Bar is open from 18 November to 31 December.

I went to the Town Hall a few years ago to listen to The Snowman and Peter and the Wolf. This year attendees will be treated to Little Red Riding Hood and Three Little Pigs as well as The Snowman.

During the first half, the tales (based on the Roald Dahl versions) will be narrated alongside a “big screen picture book”. For the second half, the film of The Snowman is shown on screen whilst the orchestra plays along.

Shown just a week before Christmas, this is a really sweet, family event to get you into the Christmas spirit. I never get bored of watching The Snowman and enjoy it every time I see it. The score is lovely so it’s a real treat to hear it played live.

The Snowman and Other Tales is on 18 December.

This is the first time this event’s taken place, so I can’t say whether it’s any good or not, but I’ve bought a ticket so will be giving it a try.

Even before any details were announced, people were going nuts for this on Facebook – I’m not sure how much that’s down to Sneaky Experience’s good reputation, or how much people love Christmas.

Some more details have been announced on their Facebook page: “Step into another world, through the hidden doors… Explore our secret kingdom with fauns you can’t ignore. Party the day or night away alongside live acts, surprise performances with cocktails & fizz, festive craft ales, and all of your favourite Christmas delights.”

You only get a two hour slot for your ticket, but maybe that’s all you need to experience the Christmas magic. Kirkstall Abbey is a great setting for events like this, so I’m hoping it’s not all just hype.

The Hidden Christmas Market is on from 16 to 22 December.

It seems like every day there’s a new winter activity in Leeds announced, so I’ll probably be writing another blog post shortly on some more Christmas things to do in the city!