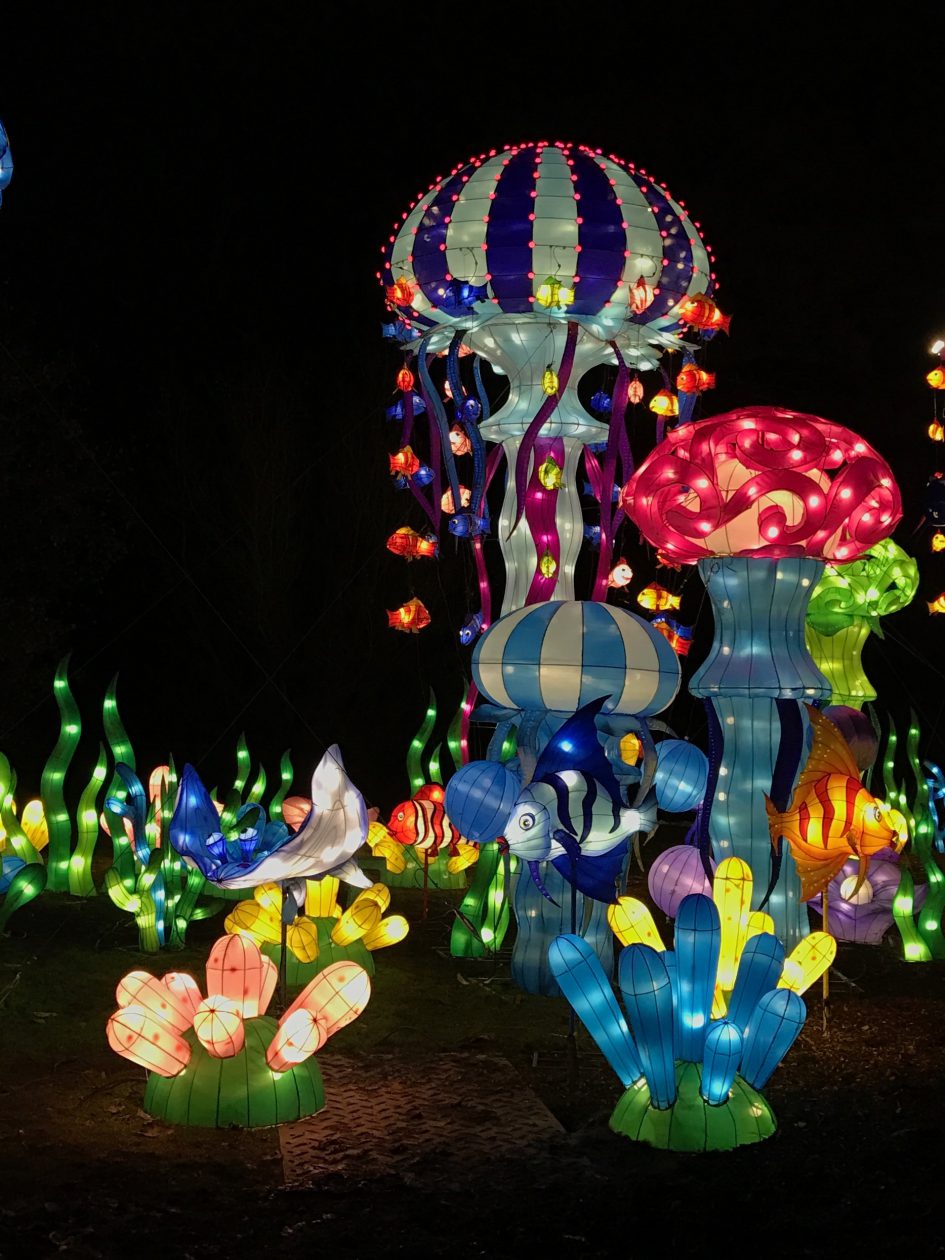 In a recent blog post about Roundhay Park, I’d mentioned that I was looking forward to going to the upcoming Magical Lantern Festival. As it turns out, I know a guy who knows a guy, so was lucky enough to get hold of a preview ticket for last night. (Cheers Nick!)

The festival launched in London last year and (according to its website) “is a spectacular fusion of art, heritage and culture. A stunning outdoor Xmas themed event, a festival of light and illumination. Visitors will follow a trail around Roundhay Park and explore amazing giant lanterns, which represent Xmas, traditional Chinese culture and the amazing 2000-year heritage of Lantern Festivals.” 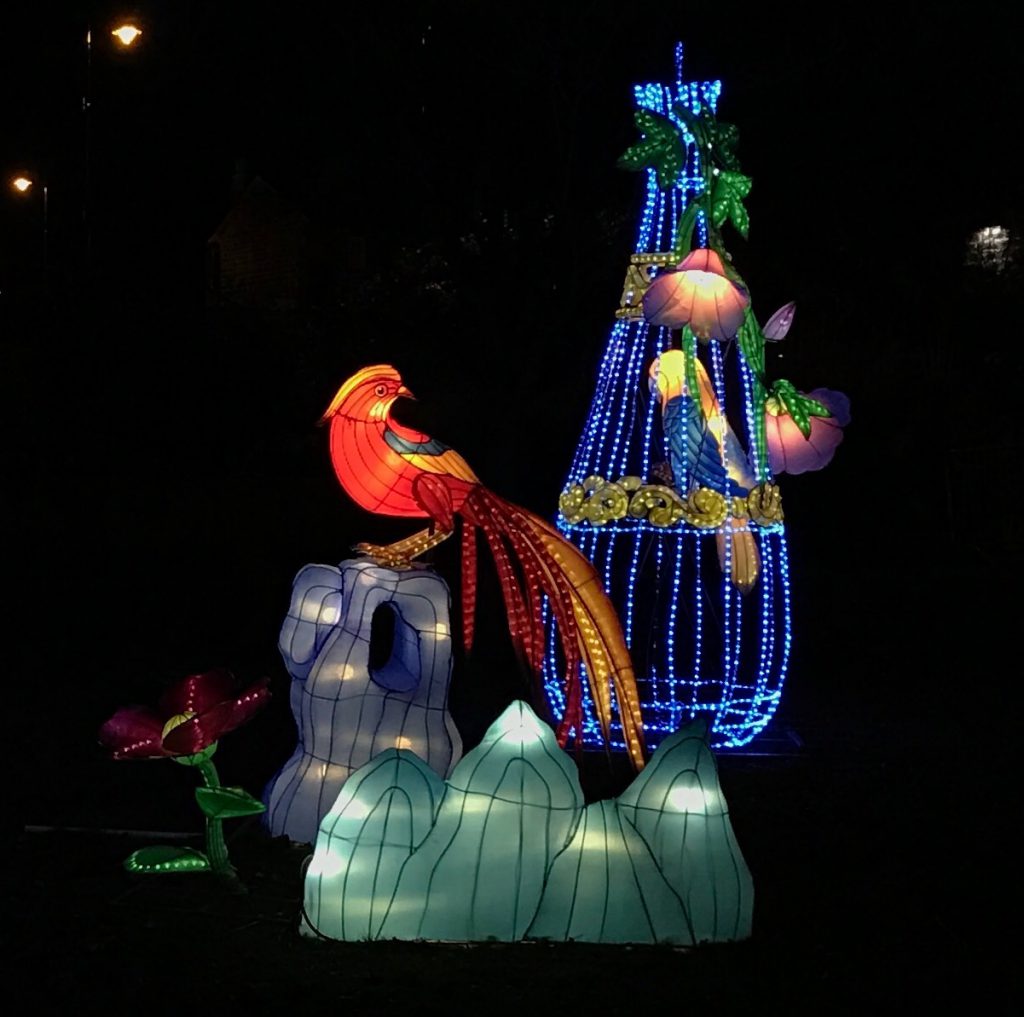 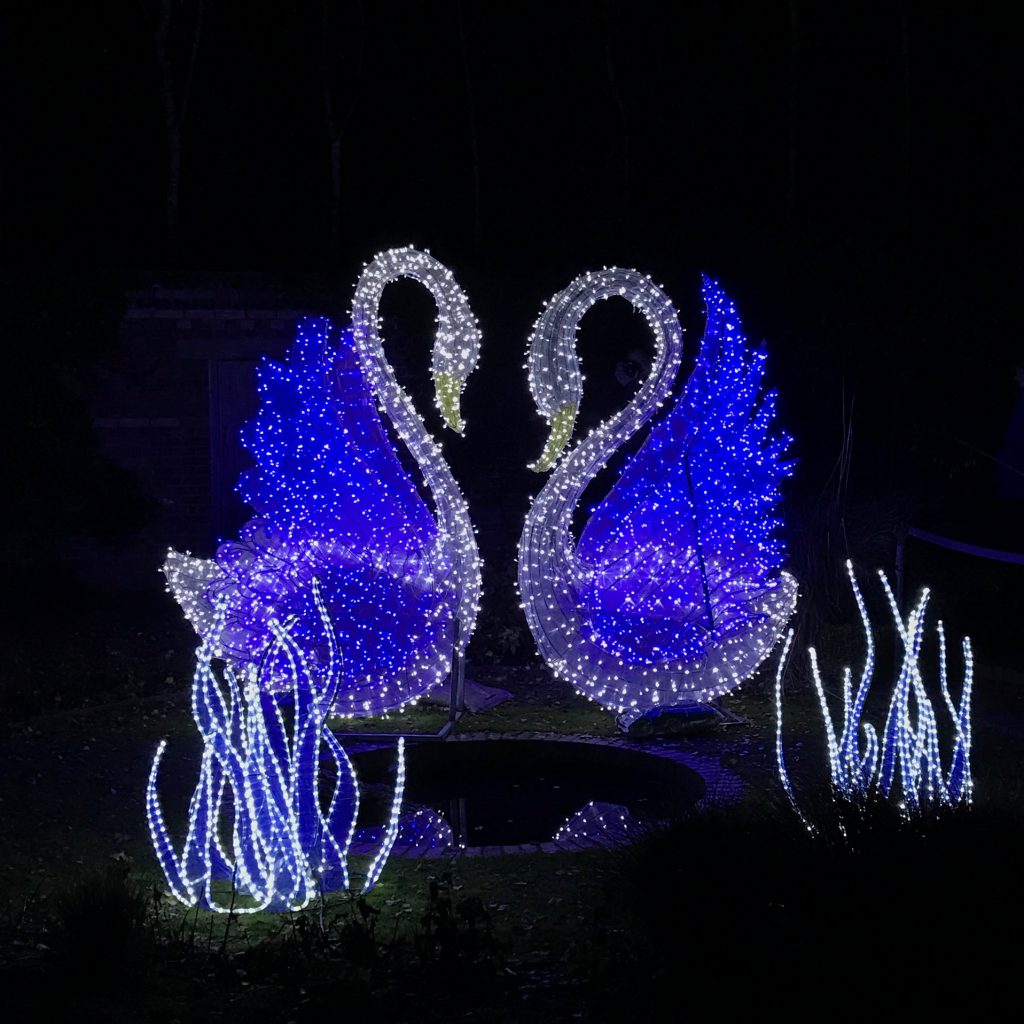 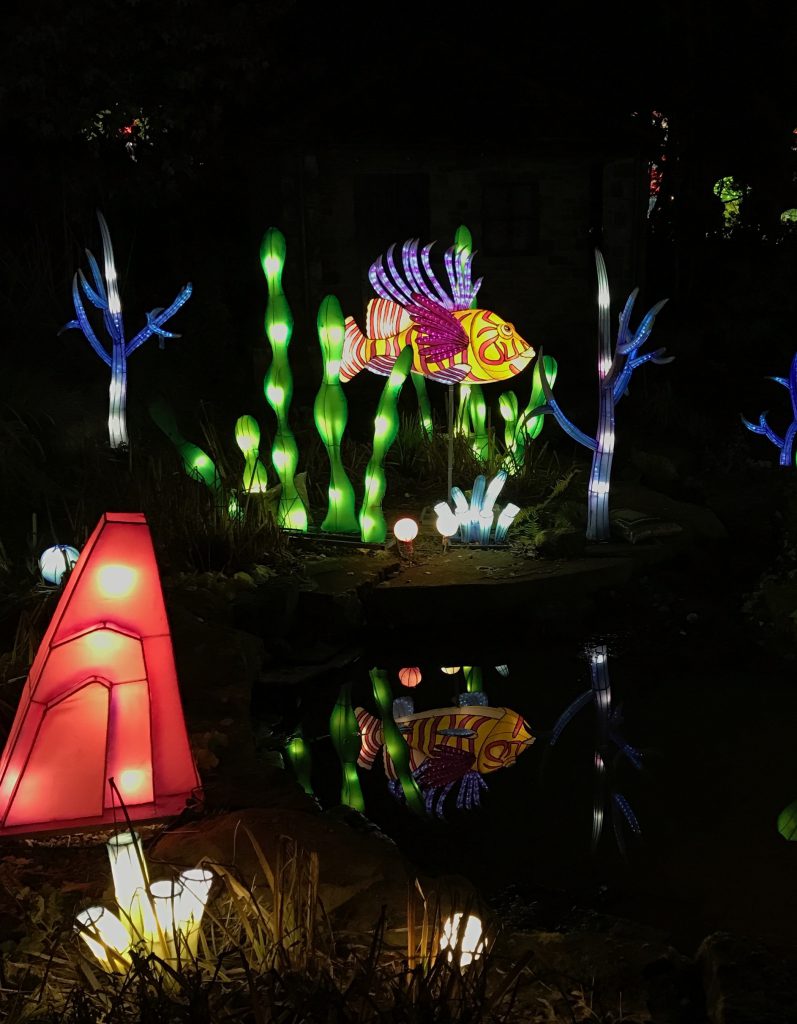 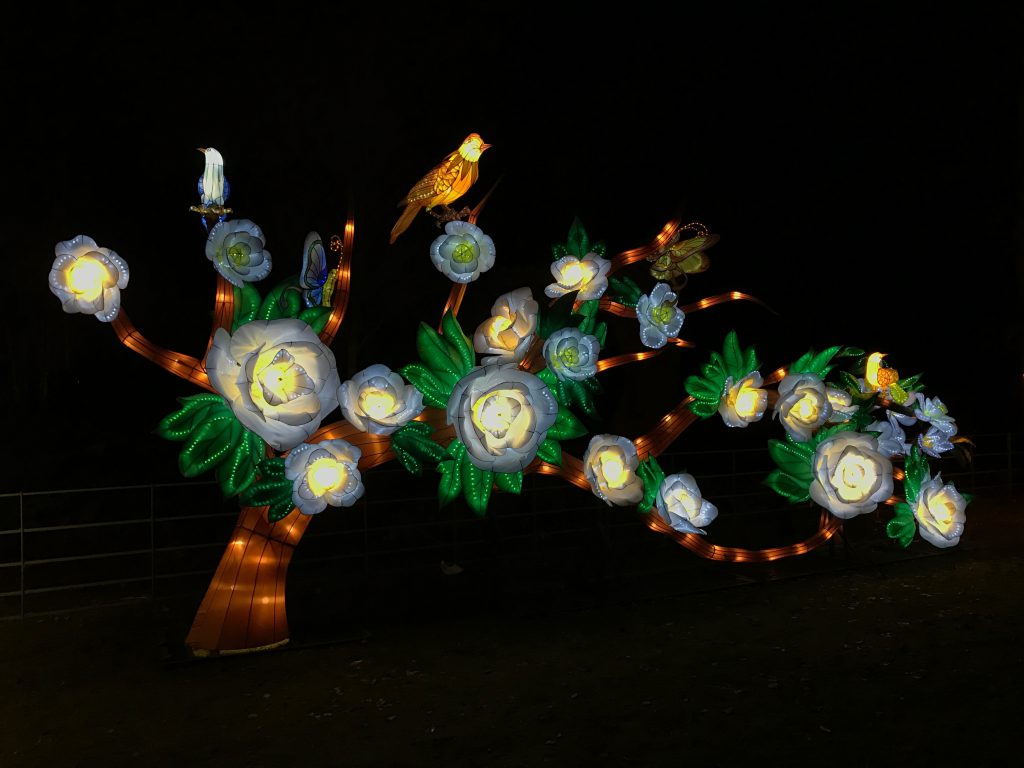 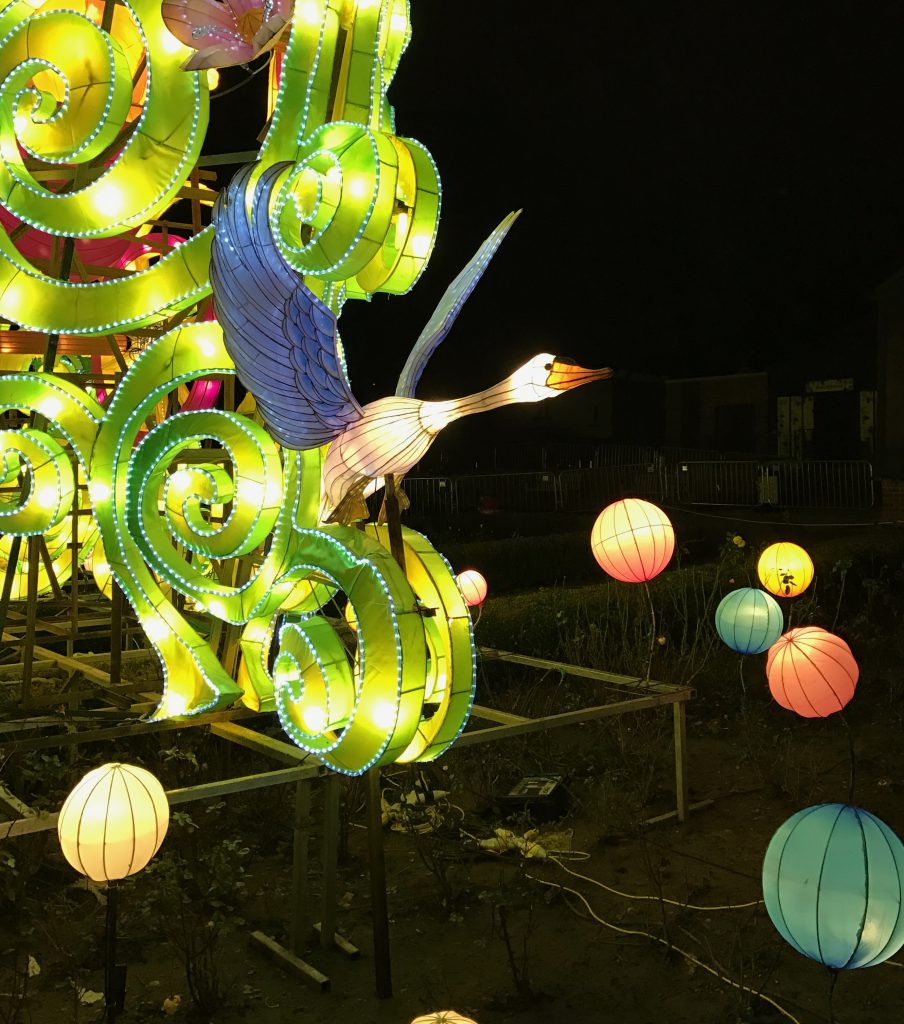 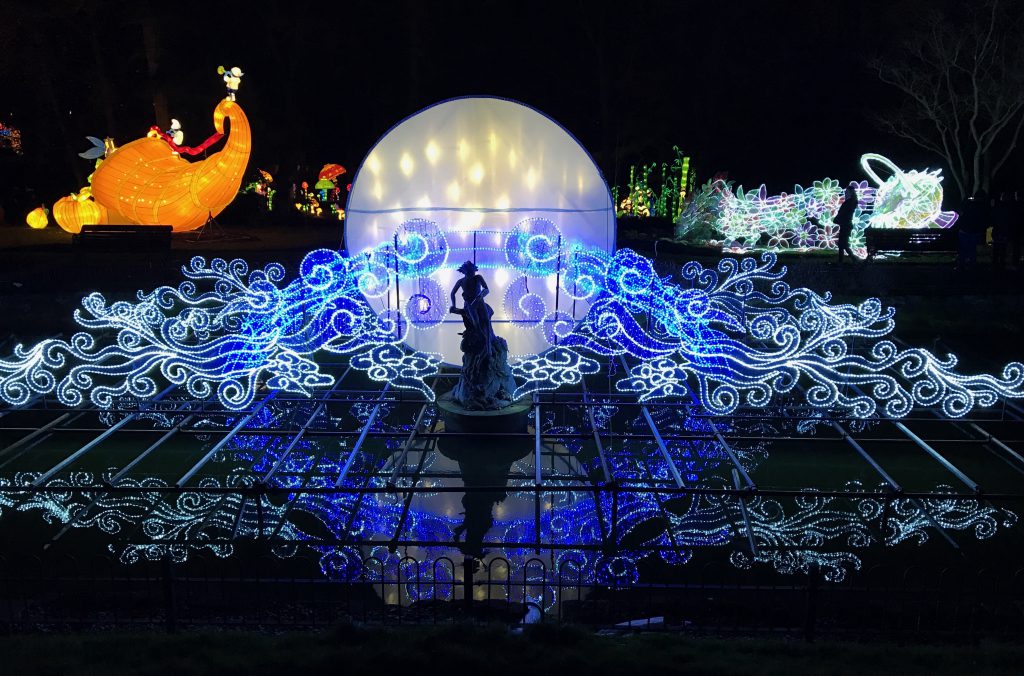 The lantern displays are really impressive. I did feel like a child again, grinning at the caterpillar from Alice in Wonderland, and couldn’t quite decide whether I’d rather take the lantern giraffe, elephant or kangaroo home with me. There are some really bonkers lanterns in there. I’ve shared quite a few photos but kept some of the best ones offline so I don’t spoil any surprises!

In the section of the park off Street Lane, there’s a Santa’s Grotto and funfair rides. This bit of the festival can be accessed at 2pm – a couple of hours before the actual lantern festival starts each day at 4pm. There are a few food and drink stalls – the usual festival prices. We had chicken gyros from the Greek van which were rather tasty (although difficult to eat!)

I did hear someone mention a separate entrance for disabled access but think it would be quite hard (although definitely not impossible) for anyone with mobility issues to make their way round. We saw a few people with pushchairs who seemed to do okay, but there are some steps (in the Canal Gardens section at least) and the mats on the floor (to stop people from slipping in the mud and make the route obvious I assume) do jut out. Despite all the bright lights, it is actually really dark when you’re walking around the paths, so it would be quite easy to trip over. I’m normally the first to trip, so was amazed I didn’t!

Easier said than done, but I’d also recommend you try and go during one of the quieter periods. It wasn’t too busy last night, but I can imagine it would be a bit frustrating walking around with loads of people who are blocking the way, all trying to take photos of the same thing.

The Lantern Festival is open from 25 November to 2 January, so there’s plenty of time to visit over the festive period. Tickets are £12.50 for adults and £8.50 for children in advance. It’s not cheap, particularly if you want to take the whole family, but there’s a lot to look at and it is rather spectacular.