Staycation – Days 2 to 4: breakfast and music

Just John at the Hop

Our second official “staycation” day was Saturday, James’ birthday. When it’s my birthday, James makes me blueberry pancakes in bed; when it’s James’ birthday, I take him out for breakfast. I can barely make toast, so going out is preferable for both of us!

We attempted to go to the Greedy Pig on North Street (a little further on from Belgrave) but it was full. The Greedy Pig is excellent for breakfasts and brunch, but it is really small, so you take a bit of a gamble by walking out that far, hoping you’ll get a table.

We ended up going to Le Chalet on Park Row. I’ve already mentioned Le Chalet in another blog post (when Kirsty and I visited for our Treat Yo’Self day); it’s a good breakfast place. We both had eggs benedict which was really tasty.

Saturday was just a short visit for us in Leeds. We spent the rest of the day having a lazy afternoon in front of the telly and then going round to James’ parents for a birthday tea. (James’ mum does an amazing slow cooked lamb – we genuinely get excited about it.)

Sunday morning was spent at the Christmas market at The Hepworth in Wakefield with the girls. I find it really odd to think I lived and worked in Wakefield for nearly five years; I hardly ever go there now!

One of the things James and I said we wanted to do during this holiday was go see some live music in Leeds, so when we saw that our friend Just John was playing at the acoustic night at The Hop on Sunday evening, we popped down on the train to go listen. As The Hop is in Granary Wharf, it’s only a one minute walk from the train station, so takes us less time to get there than any “local” near our house.

We enjoyed listening to the acoustic acts – there was a chilled out, Sunday vibe to the place, and we will try come back on future Sundays as it’s so easy to do.

I feel almost guilty for saying this, but on Monday, we didn’t go to Leeds, we went to Bradford instead. *Gasps!*

I normally only go to Bradford to see shows at the Alhambra, but I’ve been wanting to go to the Media Museum for a while. We went to the Waterstones first (it’s not as big as the one in Leeds but it’s in a beautiful building) before having some lunch and then visiting the Media Museum. My favourite floor is the animation themed one – I’m a massive Aardman fan so loved seeing one of the sets from Wallace and Gromit: The Wrong Trousers. We then watched Fantastic Beasts and Where to Find Them in the iMax. 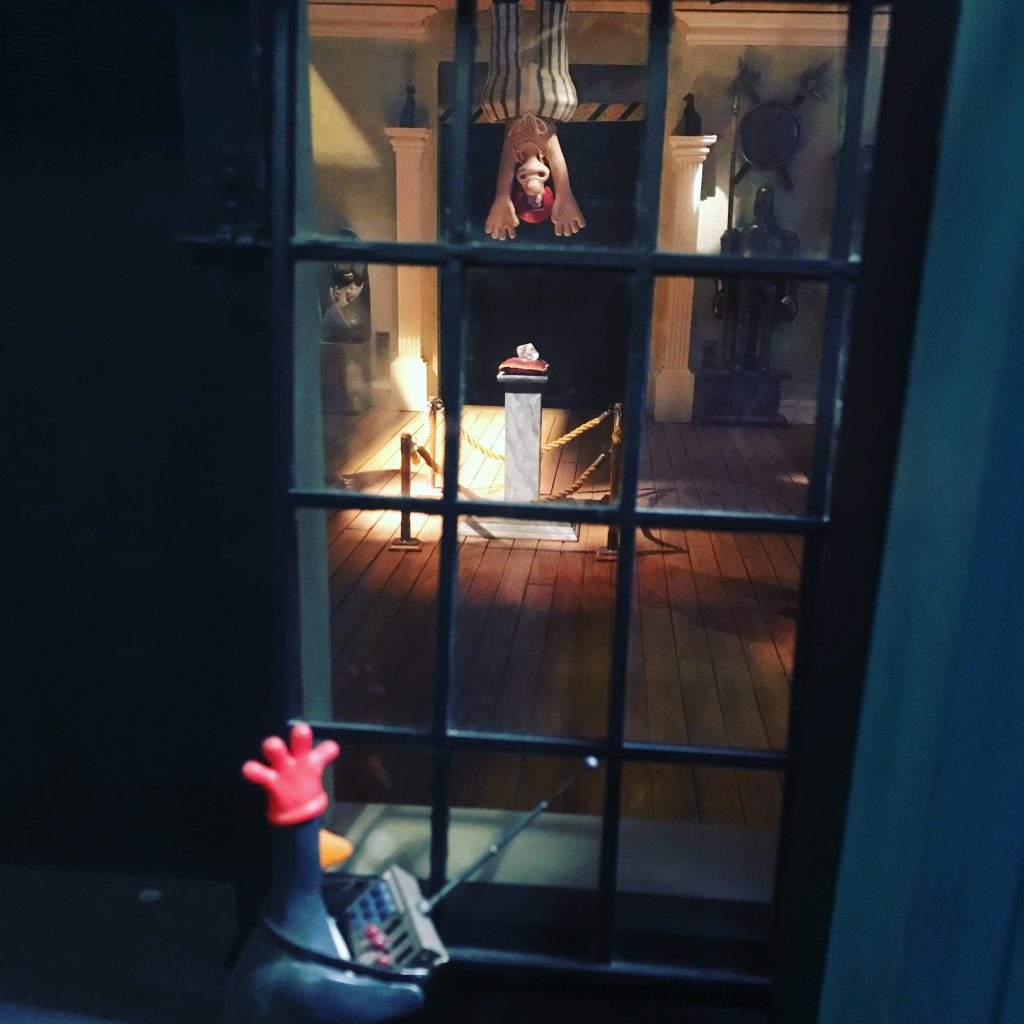 So this is in Bradford, not Leeds, but it’s still ace

We ended the day in Dewsbury (doing a full tour of West Yorkshire during our staycation!) for James and my dad’s birthday tea. My mum is also an amazing cook – I’m pretty spoilt being surrounded by people who cook for me! – so it was an excellent way to end the day.