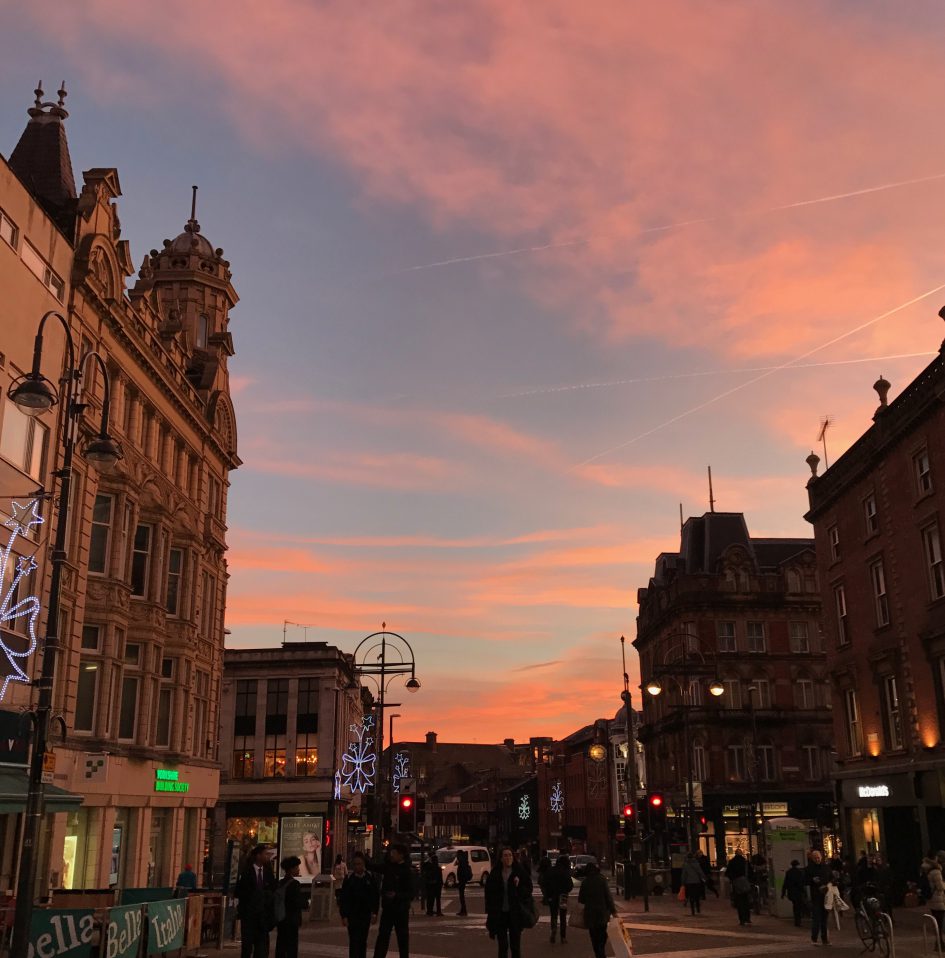 Tuesday – day 5 of my Yorkshire holiday – was spent having a lazy day at home (I tend to do a lot during days off so need to remember every now and then to just relax!)

Don’t worry though – we were back in Leeds on Wednesday. James and I went in the afternoon to do a bit of shopping at the new Victoria Gate and then Trinity, and to get some boring jobs done (queuing in a bank on your day off – yawn).

We were looking forward to going out for a meal, but as it was still early, we went for a drink at The Black Swan first. I normally only go in here for food, but it was nice to just sit and have a drink. It’s all decked out for Christmas now and it was actually really lovely doing some people watching, sat in the booth by the window, with the Christmas tree in the corner and all the fairy lights up.

After a couple of drinks here, we then went to Distrikt. There’s a half price deal on tapas at Distrikt on Wednesdays, so we knew ages ago that this is where we were going to eat on Wednesday evening. I’ve already blogged about Distrikt so won’t go in to too much detail other than to say it’s still excellent. The food is just amazing there. We had eight dishes (because we’re greedy) and they were all brilliant. We also discovered elderflower mojitos – be-au-ti-ful – so I’m hoping James will add that to his cocktail repertoire. 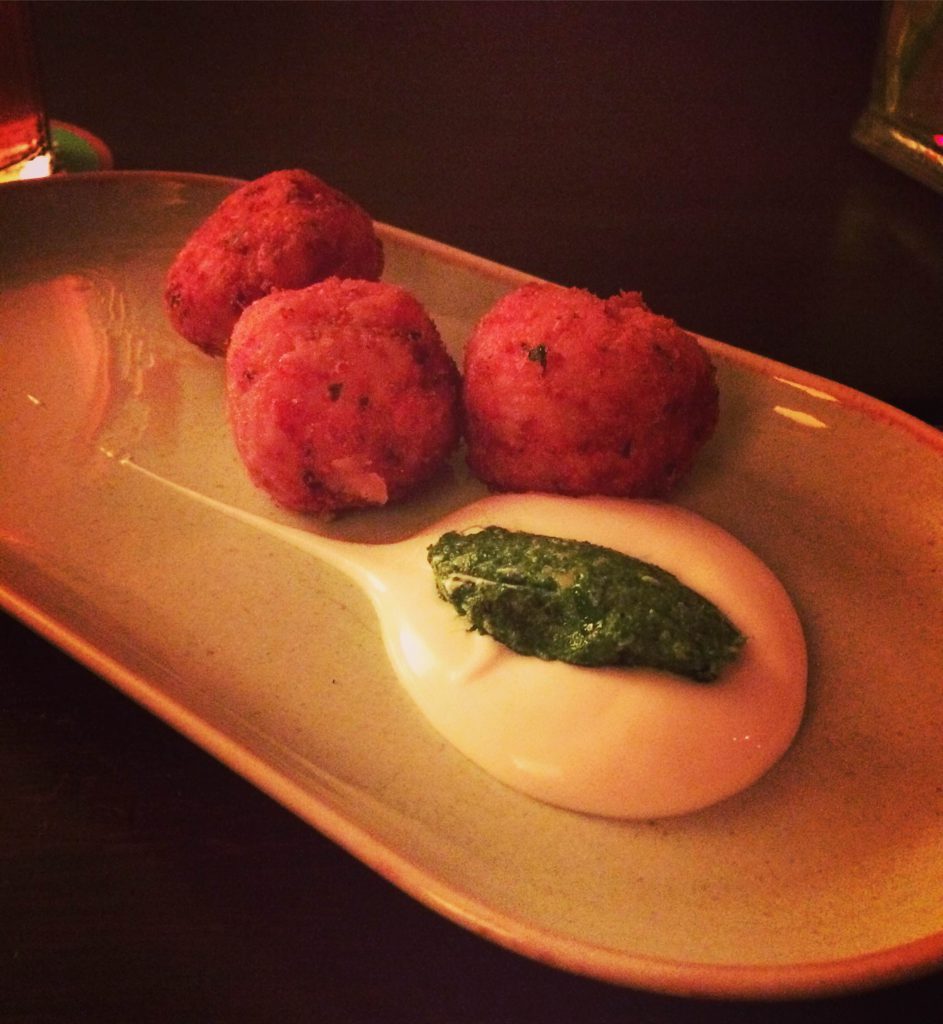 For dessert, we stopped off at Hotel Chocolat: Roast + Conch for a boozey chocolate drink. I think I’ve already mentioned how much I love going here. It’s my favourite place to stop off after a night out when we’re waiting for the train.

Normally I go for a salted caramel hot chocolate with rum (although the hazelnut one is fast becoming a firm favourite) but last night I decided to have a Salted Caramel Soother – aged rum, amaretto, cocoa bitters, coconut milk and salted caramel chocolate. Mm mm mmmm!! [Dad – next time we’re out in Leeds, I’ll take you here!]

We then went back to The Hop for the second time this holiday. We’d seen signs about their Open Mic nights on Wednesdays so wanted to investigate and see what it was like. The night was hosted by Abi and Marc from Issimo – a great band who we’ve seen many times before (at my brother’s wedding, a friend’s 40th, Heckyfest…).

They played some of their own songs, as well as covers, and also played guitar and did backing vocals for some of the punters who wanted to sing. It was brilliant! I’ve not been to an open mic night before where people didn’t have to play guitar too. There were a few people who went up and did both singing and playing, but it’s nice that there’s an option. 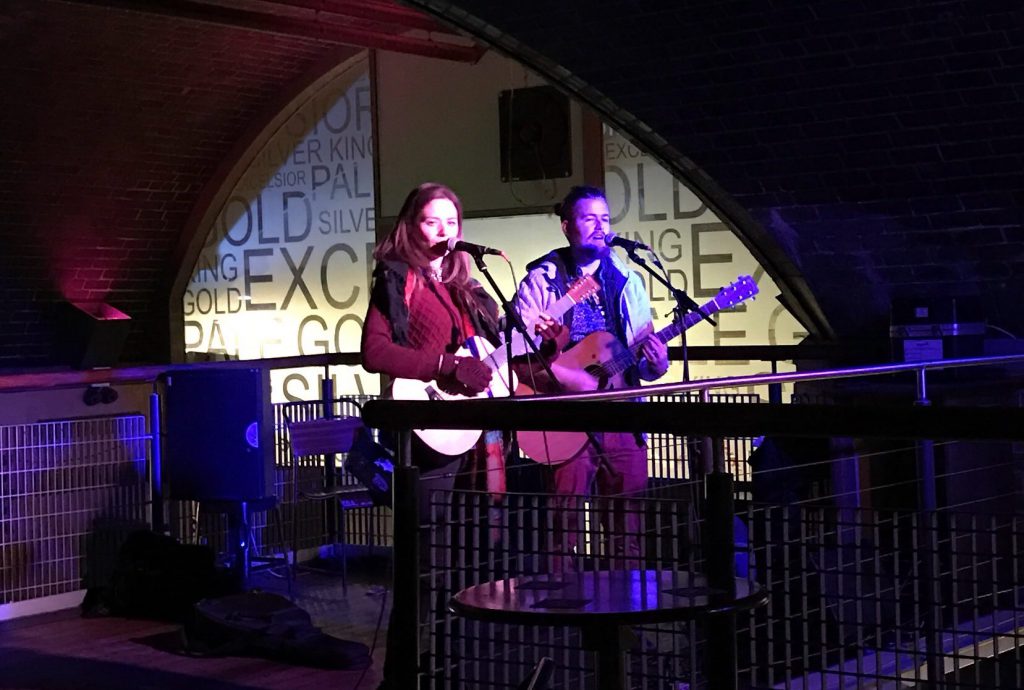 As the train station is so close, we left it just five minutes before the train arrived before leaving The Hop. This is when we learnt that the South Exit in the station closes at a certain point, so had to run all the way round (the stairs on Bishopgate were also closed) and only just made it! Lesson learnt for next time…