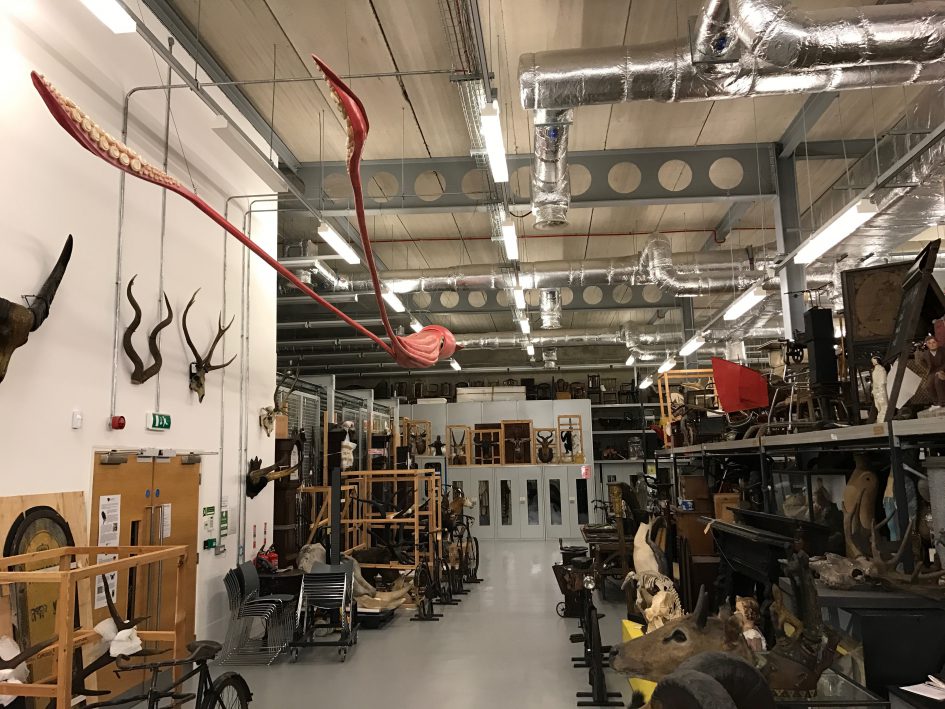 Where can you go and see an ostrich skeleton, a life-sized model of a baby giant squid, a silk dress from the 18th century, various models of old typewriters, and ornate Japanese vases all in one room? The Leeds Discovery Centre!

The Discovery Centre is on Carlisle Road, not far from the Royal Armouries, and houses thousands of objects that aren’t currently on display in other museums. 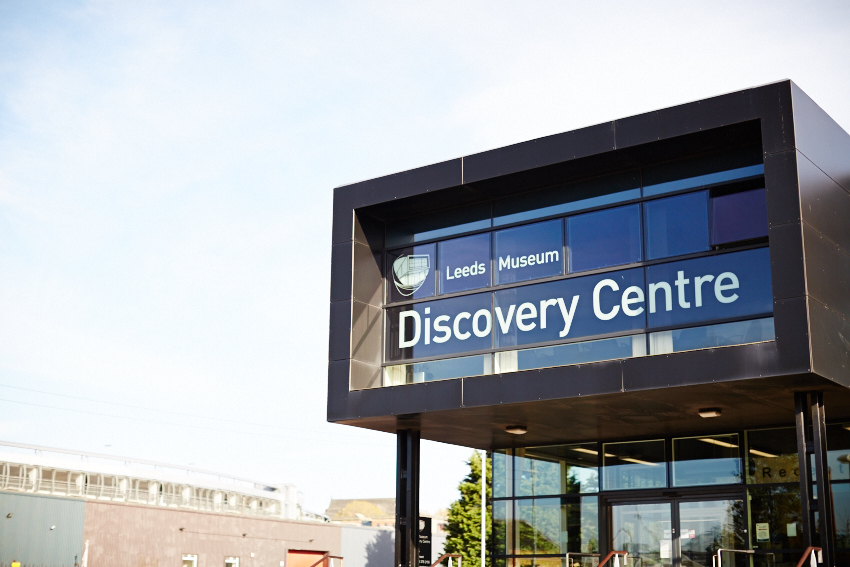 In fact, only around 5% of Leeds Museums and Galleries‘ objects are on display in Leeds; the other 95% are either on loan to other museums and galleries, or stored in this amazing centre.

I went with my mum for the first time this week to have a look around and was completely amazed by the sheer volume of artefacts (and how random some of them seemed!).

We went on a guided tour led by Gemma Pollard, the Centre’s Site Development Officer, and got to find out more about some of the objects on display. There were loads of different types of artefacts from various collections: Leeds social history (such as mannequins used in local stores), natural sciences (lots of taxidermy, skeletons and rocks), world cultures (amazing masks, pottery and figurines), textiles (dresses and fabrics from as early as the1600s) and archaeology (dating from the stone age to the modern period.)

Gemma told us loads of interesting information, such as the fact that most of the objects are frozen (to a not-so toasty -33°!) before going into the store to prevent pest infestations. She also told us that there’s a separate store for natural science specimens that were preserved in ethanol and also radioactive items from the geology and social history collections.

As you walk into the hall before entering the main storage room, you’re given a glimpse into the kind of treasures you’ll find behind the doors. With a taxidermy pelican, musical instrument that looks like a cross between a bassoon and a snake, and a whale vertebra, it sets the scene nicely! 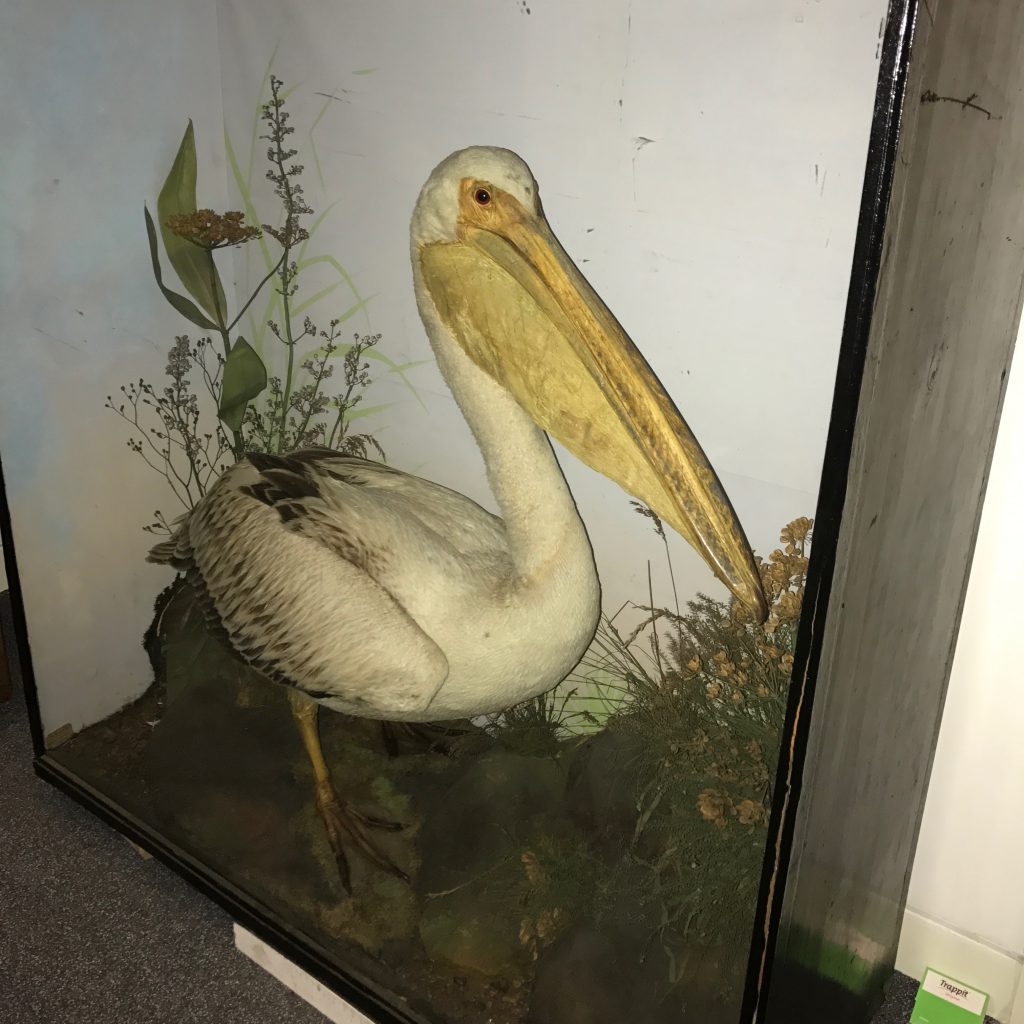 The first thing  you’ll notice when you walk in is the giant squid replica hanging from the ceiling. My attempt at a panoramic photo does not do it justice!

The front half of the store houses the larger objects. As these are too big to fit on the shelves, they are all clustered together so you find some really weird items next to each other: gorilla skeleton with a small girl mannequin; a stuffed hyena with a doll’s house and gas masks; and a brown bear with a pram. Makes perfect sense! 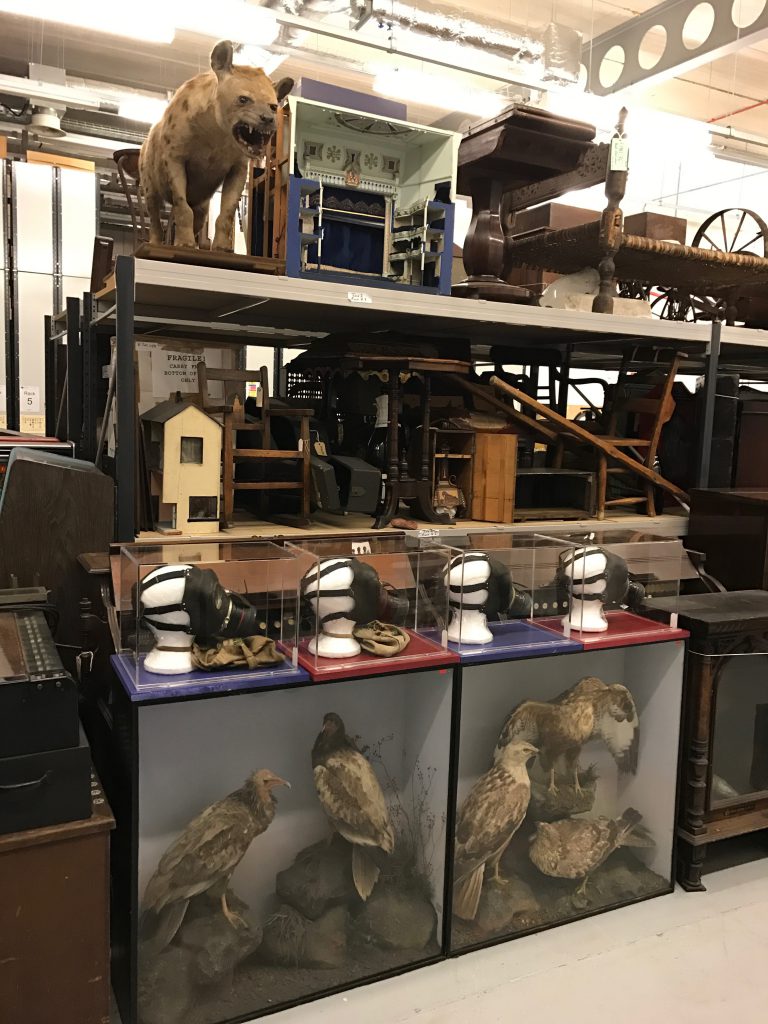 This is actually one of the things I love most about the storage centre; with such a mix of objects it’s hard to get bored and means your eye is always catching new things to look at.

The other thing I think that makes it feel fun rather than “just” educational is the lack of text surrounding objects. (This might make it more enjoyable for kids having a look round too.) The store guide will be able to tell you all about the artefacts and answer any questions you have, so you feel like you’re looking around someone’s (rather eccentric) house rather than walking through a museum.

There are some pull-out doors which hold items on loan from HMRC that have been confiscated either at borders or from people’s homes. I found the rack of turtles equally impressive but also very disturbing to look at. You can understand why it’s important for people to see these rare species and endangered animals to realise how horrible and what a big problem this illegal trade is. The Centre tweeted about their customs collection last year; you can see the images and tweets here.

For fashion fans, there are also plenty of textiles on display. There’s also loads of artefacts showing how machines and technologies have changed. I loved looking at the old typewriters, tills, radios and gramophones. 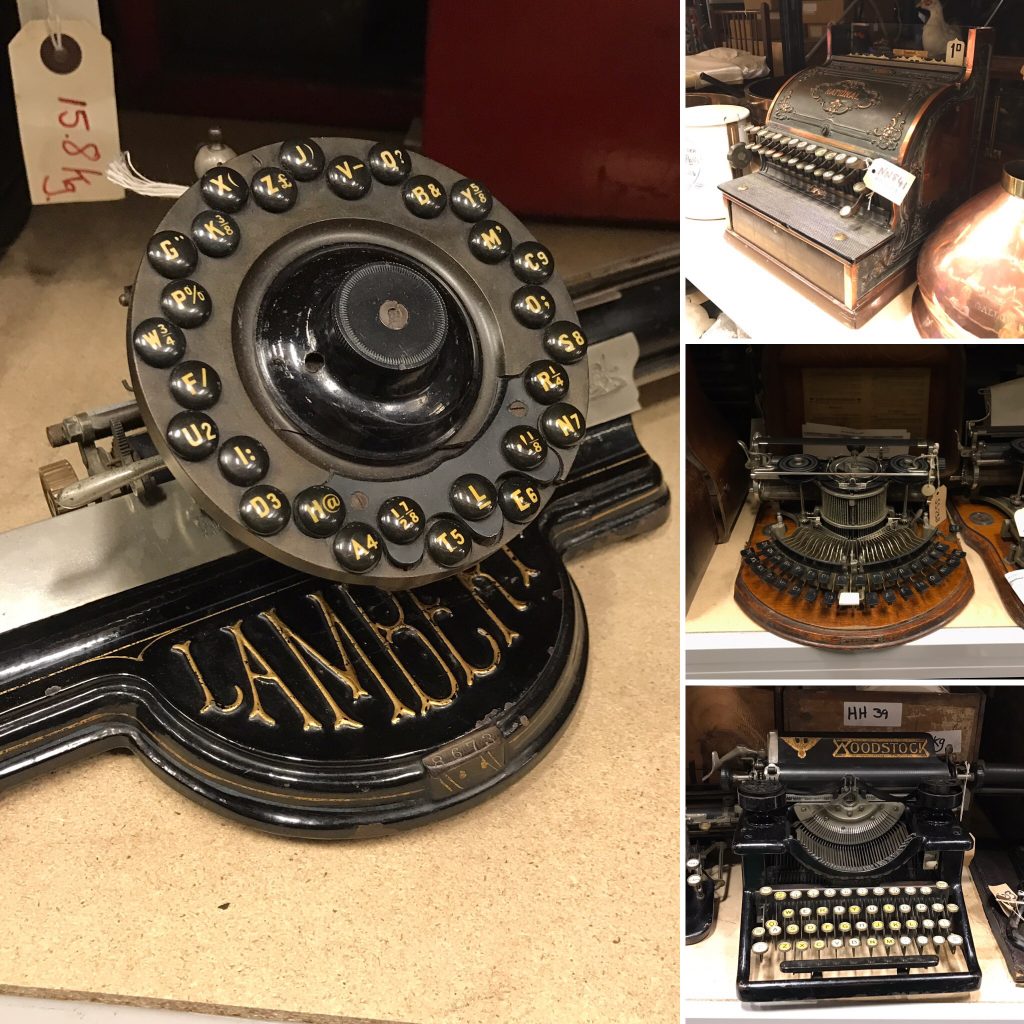 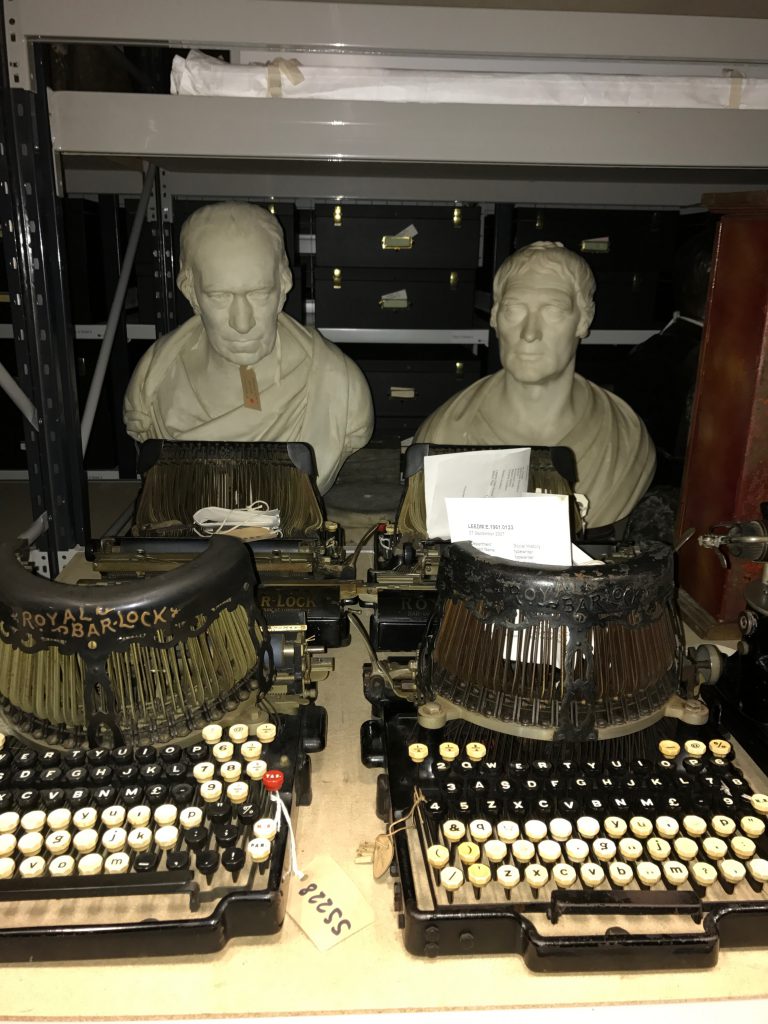 An example of what weird things you can spot when you look behind the front row!

The smaller items are housed together on roller racking. This is a fabulous storage idea and one I’d like to implement in my own house if it was bigger! 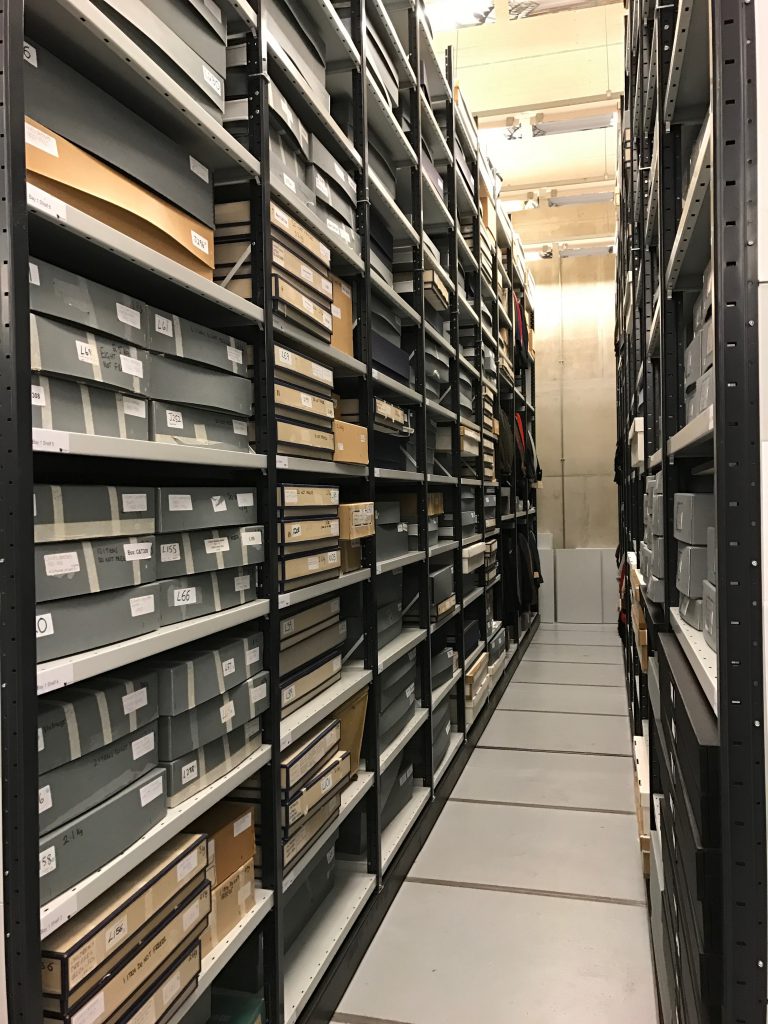 Volunteers help in the Centre by cleaning the items, making padded hangers and covers for dresses, and some give guided tours.

The free tours take place on Thursdays at 11-12pm and 2-3pm. You can also arrange for group tours and school trips. Although you can just turn up for the free tours, the team do recommend you book in advance during the summer holidays as it can get very busy then.

I asked our tour guide, Gemma, to tell me about her experience of working at the Centre and some of her favourite artefacts. 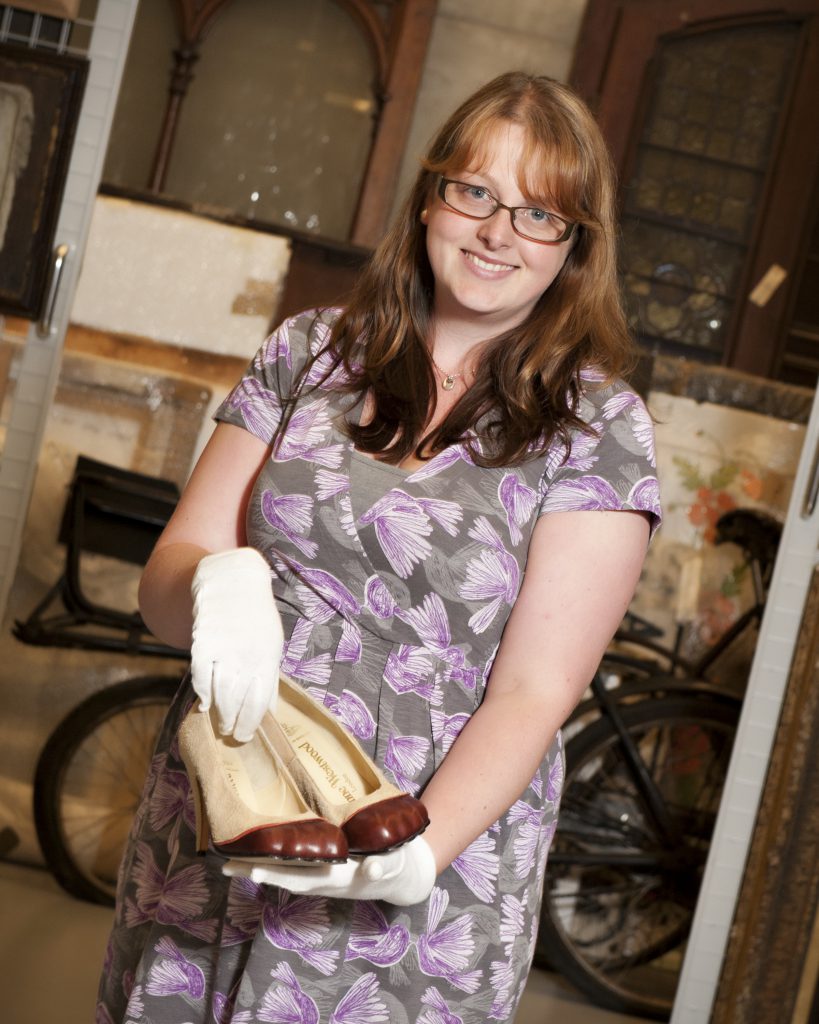 There are also other events and activities on at the Discovery Centre. After our tour, mum and I joined the art class where people could draw some of the artefacts out on display. This just made me realise that after a decade of not drawing, I haven’t suddenly improved! It was nice to see so many other people sketching however and great to get a close-up of some of the objects. 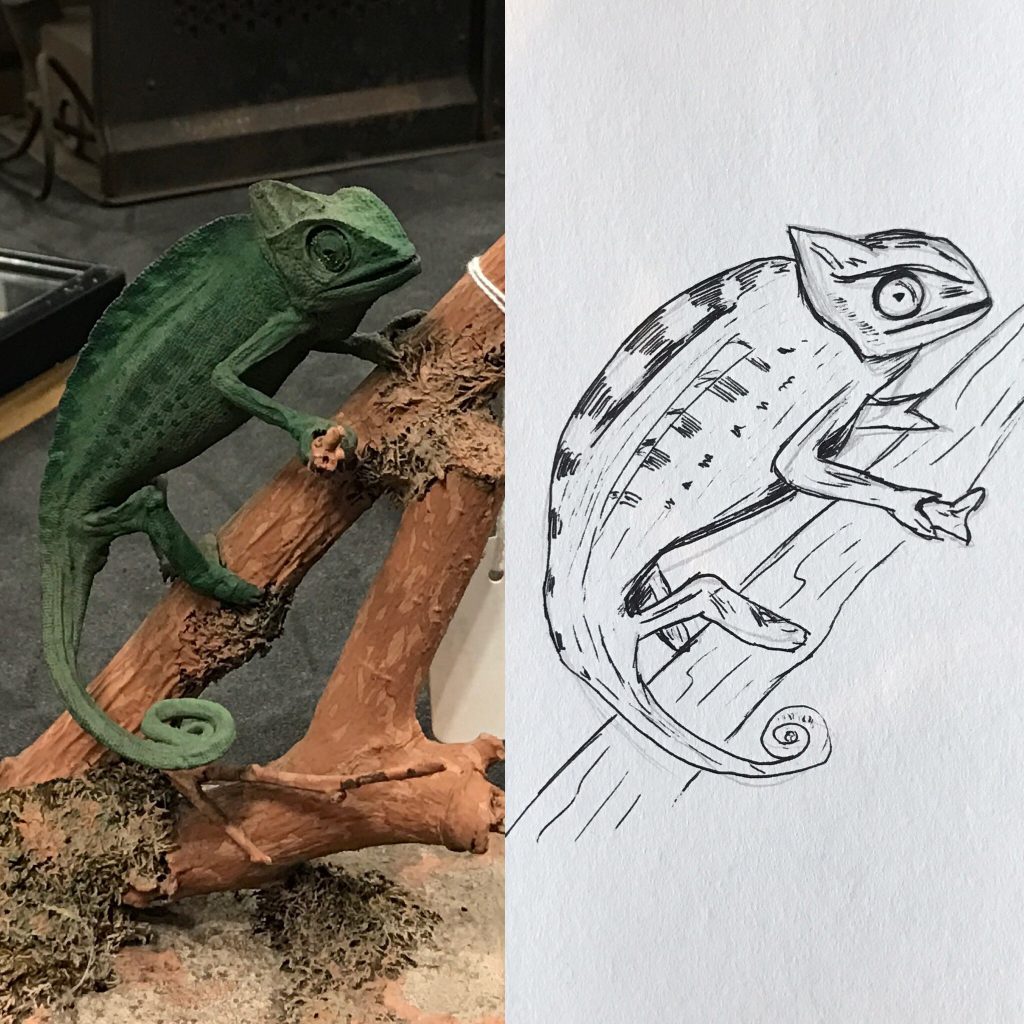 My quick sketch attempt at a chameleon. I’m posting it just to show that you don’t have to be able to draw to enjoy the session!

Thanks to Jennifer Boyle, Leeds Museums and Galleries, for arranging the tour for me and Gemma Pollard for showing us around.