Playing dress up: costume hire at the Playhouse 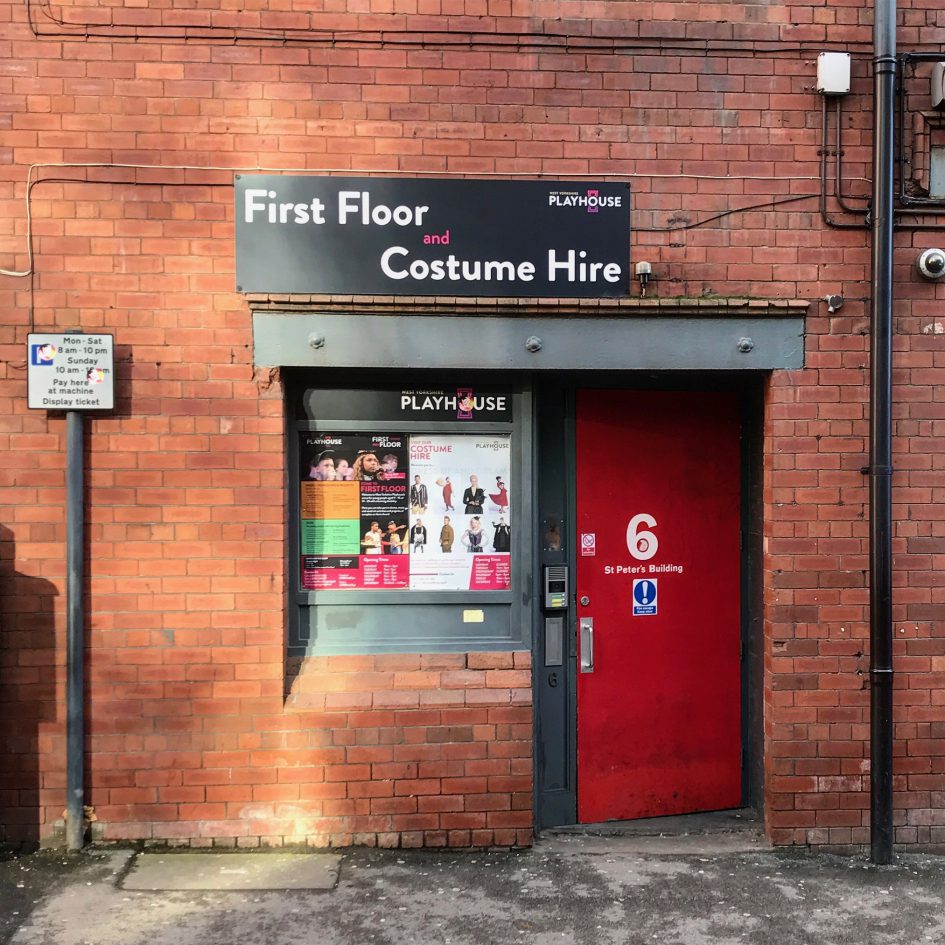 As part of my birthday weekend, I went on a backstage tour at the West Yorkshire Playhouse. As you may have guessed from my previous blog posts, I absolutely love going to the theatre and I really love the Playhouse, so I was pretty excited about getting to see ‘behind the scenes’.

During the tour, we got to go on to the stage – and underneath it! We saw where the set designs, props and costumes were made, and where the staff offices and rehearsal and meeting rooms were. The best bit however was at the end, when we went across the road to the Costume Hire store.

I didn’t even realise this place existed! It’s full of amazing outfits from various shows and decades. From flapper dresses to clerical robes, fur coats to pantaloons, there’s a real variety of costumes – they even have a whole box full of just “hats with ears”! 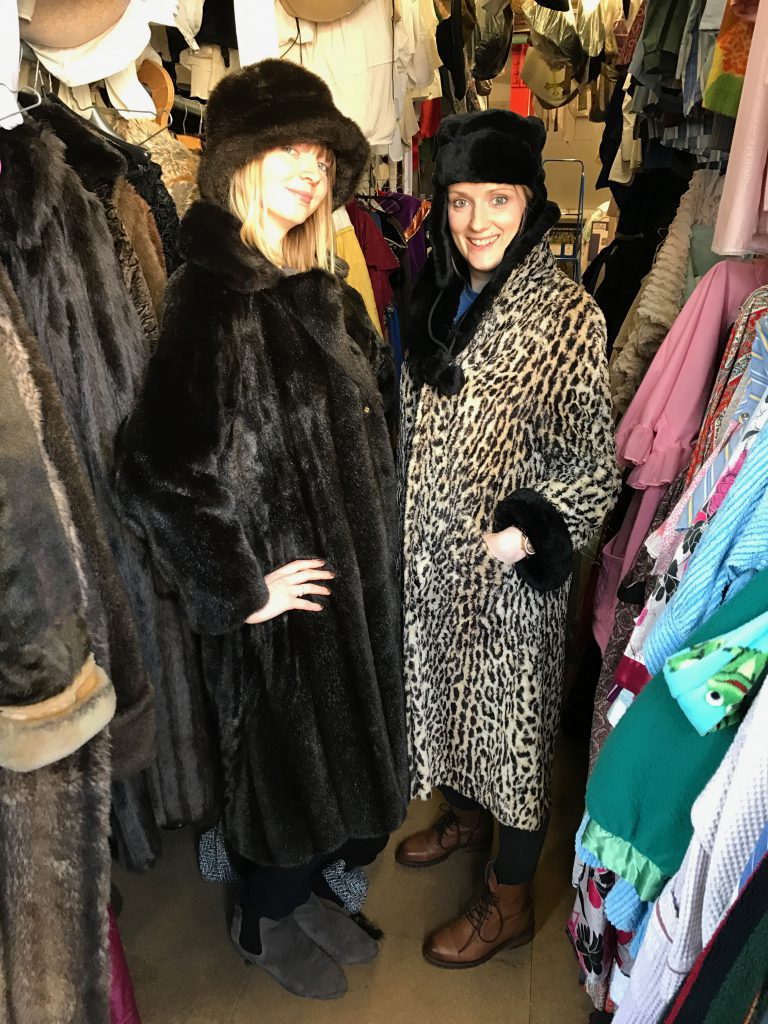 Chloe and me having fun dressing up

I asked Sally Stone, the Costume Hire Manager, about some of the outfits and her experience of working here:

1. How long have you been the Costume Hire Manager and what did you do previously?

I have been the Costume Hire Manager for eight and a half years. My background is in theatre costume, fashion design and fashion retail (both High Street and Vintage).

2. How do the costumes end up for hire? Where do they come from?

West Yorkshire Playhouse is a producing theatre and as such the majority of the costumes in our stores have either been made in-house or bought in for our own productions and come to the costume store at the end of a production run. We also sometimes receive donations of costumes, clothing or uniforms from both the public and occasionally other community theatres.

3. Do you have to do anything special with the costumes to look after them?

Every time a costume is returned after a hire it needs to be cleaned. Cleaning methods vary from item to item depending on fabric, construction, age and where and how long it was worn. We machine wash, hand wash, dry clean or steam. In some cases we may need to use a combination of methods. We sometimes encounter challenges whilst cleaning, for instance we may find we have a dry-clean dress with beading that wouldn’t survive the exposure to dry clean fluid – this would require the removal of the beading before dry-cleaning and we would then replace them on return.

The garments suffer general wear and tear during hires so we have a team of dedicated volunteers who are able to do basic repairs as well as more intricate ones.

4. What’s your favourite costume in store?

I’m often asked this question and my answer often surprises people. We have so many beautifully made costumes but my favourite is not one that took weeks of work or is made of expensive and luxurious fabric. My favourite item has been in the store much longer than me and is a red Victorian, low-necked, sleeveless dress. It has no show label so I don’t know what show it was used in but it often gets hired for Nancy from Oliver or as a saloon girl. The dress lives in our “Broken Down” section. This is where all the costumes that have been deliberately “tattied up” to look worn or dirty live. I love it because it is ever changing – it’s so distressed that every time it gets washed it changes a little and has been doing so gradually over time which fascinates me.

Just as there are trends on the high street there are also trends in what gets hired out. This is often influenced by film and television. The 1920’s era has been very popular for a few years now due to Boardwalk Empire, Downton Abbey and the Great Gatsby. We have a particular dress in this section that goes in and out on a regular basis.

The medieval section is also popular with plenty of Game of Thrones parties, medieval weddings and want-to-be musketeers!

6. What’s the most unusual costume you have (or had) in store?

We used to have a Walnut Whip costume – we never hired it out and we eventually sold it to someone who was planning on wearing it to a festival in Croatia!

7. Have any of the costumes in store been worn by any famous actors?

Yes there are a few treasures tucked in amongst the rails for visitors to discover…. 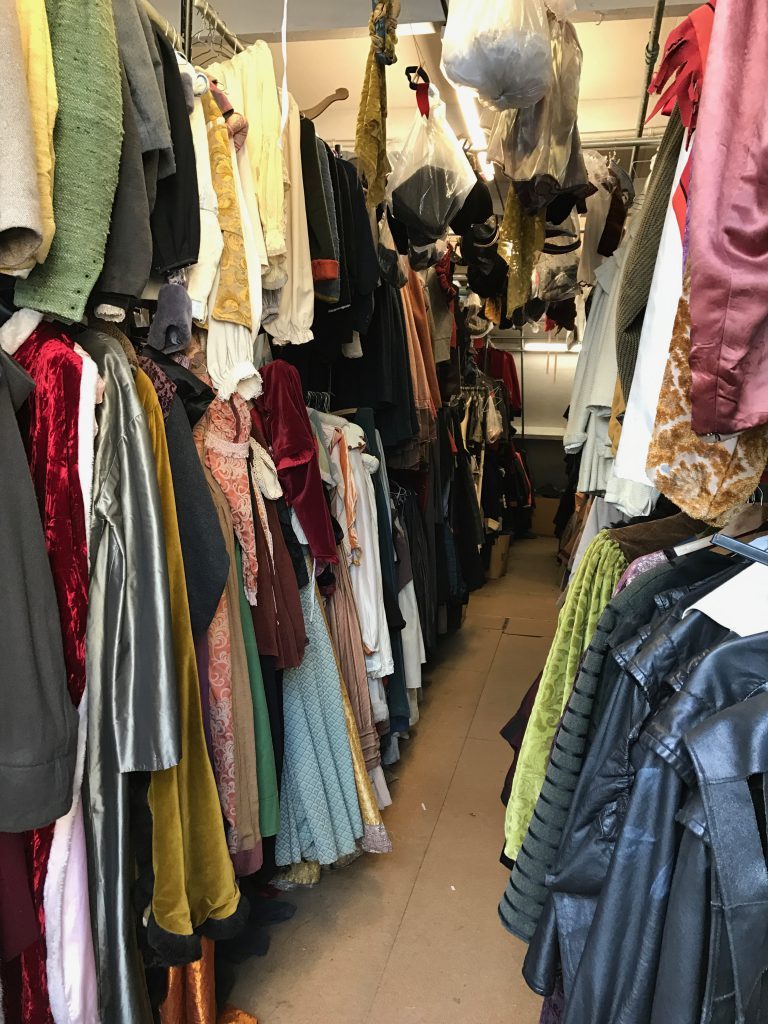 Rows and rows of clothes

You can hire costumes and accessories for a party or your own theatre production, so next time you’re invited to a fancy dress party there’s no excuse not to wear something amazing. (The last time I went to a costume party I went dressed as a bottle of HP Sauce. The “label” is still in my garage and you’re welcome to borrow it if you like. It would have been a lot easier to just hire something from the Playhouse!)

Costumes are usually hired by the week, but it can be possible to extend this if required. Visit the website for opening times. Let me know if you end up hiring something wonderful! 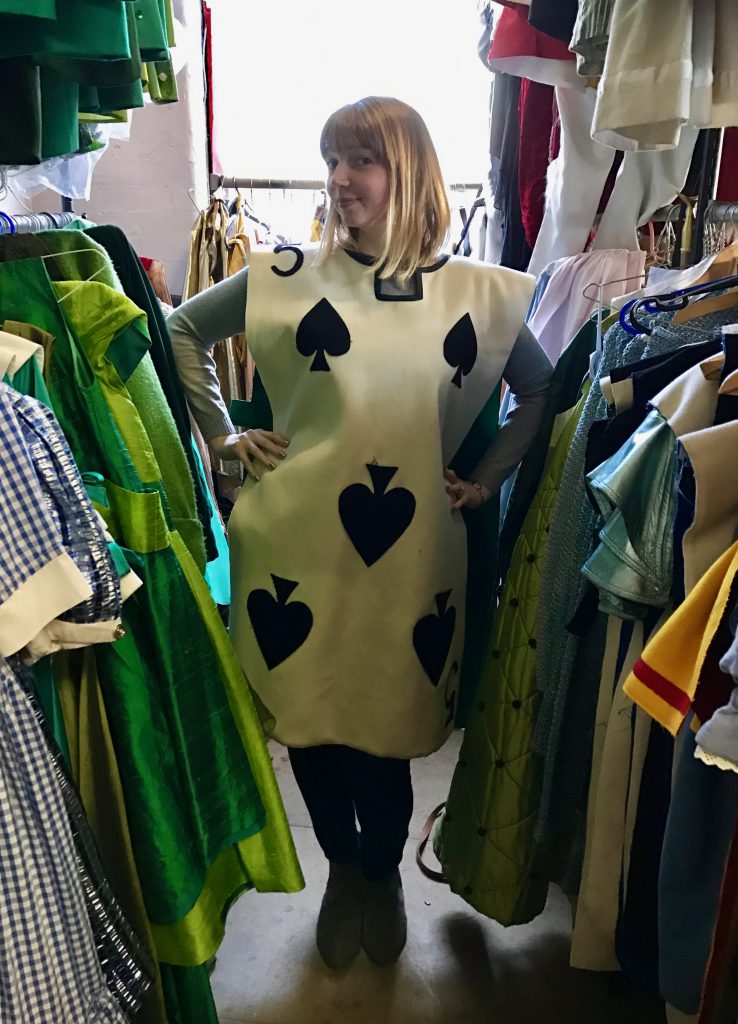