A treasure hunt for grown-ups

As I’ve mentioned in an earlier blog post, I’ve done a couple of “treasure hunts” in Leeds – both very different. This post is about the GPS pub treasure hunt, more suitable for adults.

I went on this treasure hunt more than two years ago, so will try and remember the details as best I can! I organised it for a friend’s 30th birthday, followed by the Wet Spot’s burlesque night, and it was a lot of fun.

We bought the package from Funktion Events which cost £15 p/p. For this, we received an app which one member from each team downloaded (we split ourselves in to two competing groups of six.) As well as giving us the route and questions, the app also allowed us to create a team name, take photos, showed us a live scoreboard and was a GPS tracker. 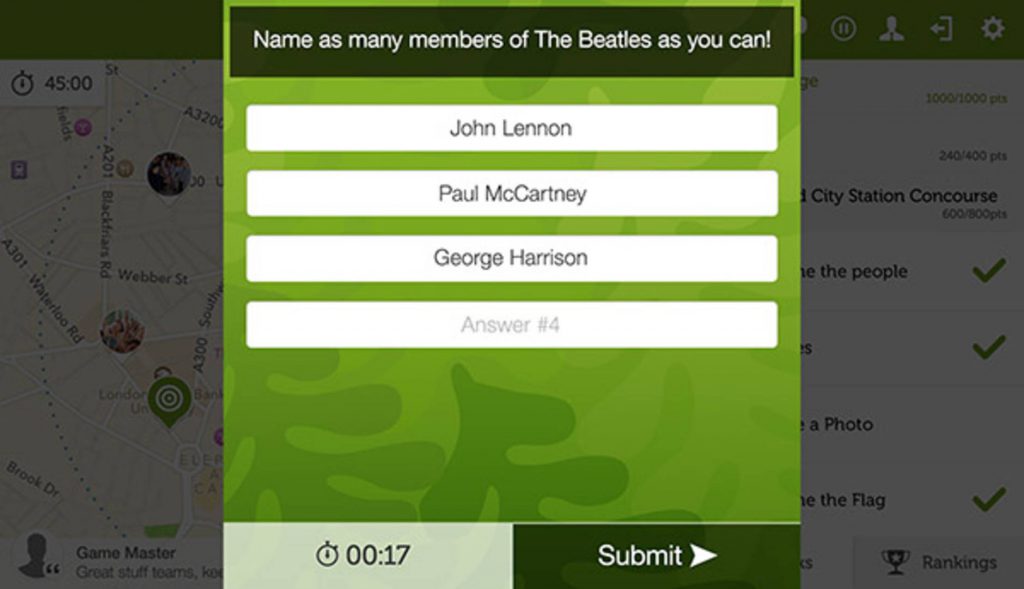 An example of the kind of questions you get. Image taken from www.funktionevents.co.uk

We agreed to meet at Tapped on Boar Lane and started the pub quiz/treasure hunt from there. You can choose when you want to start on the day and which pubs you want to go to.

We had to go to different locations to unlock certain tasks and questions and we chose pubs we liked in those locations. The questions were themed for each round (nothing too difficult or unusual) and included: sport, history, geography, science/nature, entertainment and general knowledge.

We also got extra points for specific challenges. Ours included: taking a video of someone in the team successfully flipping beer mats, taking a photo of a team member pulling a pint, and creating a newspaper headline out of nearby words. 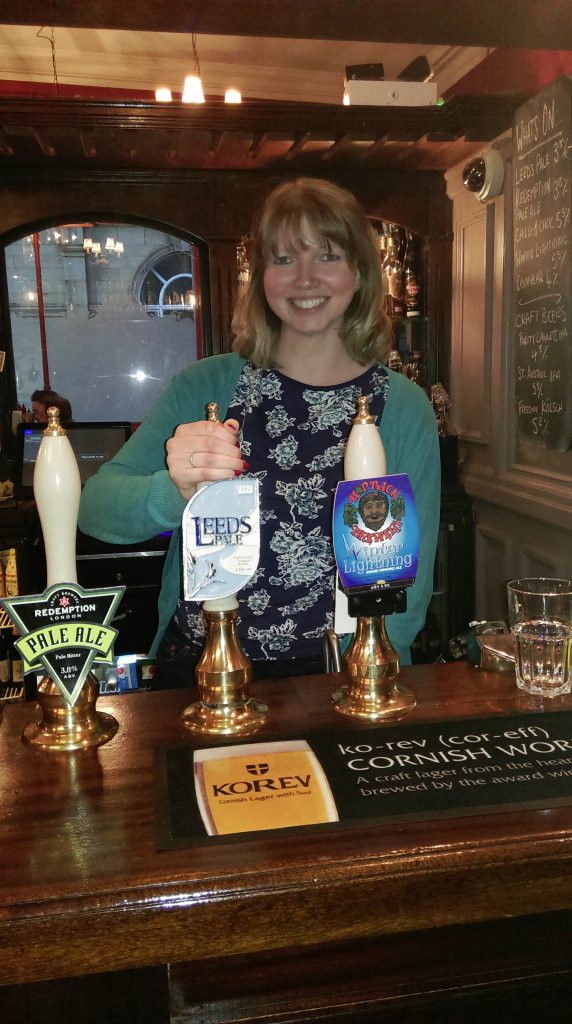 Me pulling a pint at the Adelphi for some extra points

Even if you think you’re not that competitive, there’s nothing quite like seeing another team’s scoreboard continuing to go up to spur you on. I must admit that our team was losing quite badly and we were running out of time, so we sent James to run around the city unlocking achievements quickly whilst the rest of us enjoyed a drink in one of the bars. 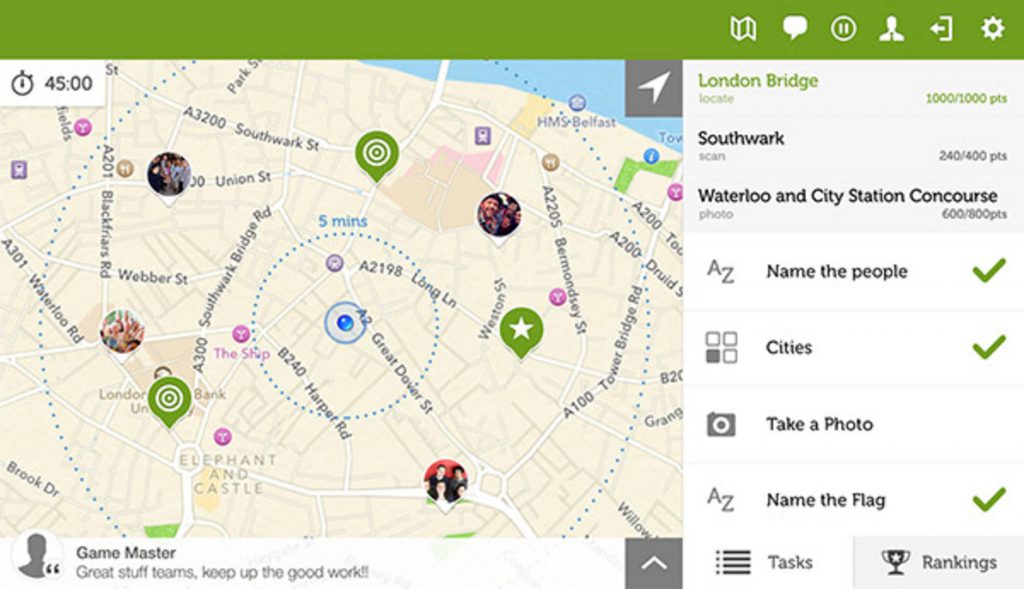 An example of what you see on the map. Image taken from www.funktionevents.co.uk

There’s also a helpline you can ring if you’re having any problems. We couldn’t upload videos and photos for some reason, so the person we rang just added the points on for us (and maybe a couple more – I couldn’t possibly say.)

Although a little bit on the pricey side per person, the GPS pub trivia treasure hunt was a lot of fun and a good way to get to know new people. It worked really well for a birthday party but also would have been great for a hen/stag do or for a team building event. It’s a fun way to explore the city and an easy way to visit lots of pubs without having to herd everyone on just as someone else has bought a pint.

Let me know if you go on either of the treasure hunts and how you get on!