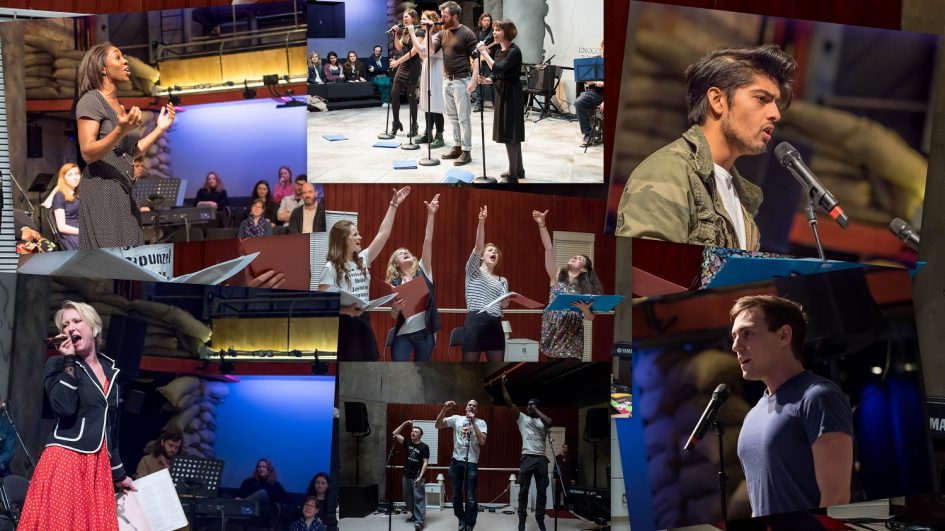 As you may have gathered from previous blog posts, I’m a big fan of the West Yorkshire Playhouse. Home to such a fantastic variety of brilliant shows, I was pleased to hear that it will be used as one of 15 venues across the UK for creative individuals and teams to pitch ideas for new musicals.

BEAM2018 will be visiting the West Yorkshire Playhouse on 31 October to hear pitches from creative teams developing new musicals. Best get your skates on though as applications to be involved in this close on September 25.

Those who are successful will be part of an industry showcase taking place at the Theatre Royal Stratford East on 1 and 2 March 2018.

“This two-day event provides a platform for aspiring and established musical theatre professionals to display their work to the producers, venues and anyone with resources to help develop and stage them. BEAM also gives an overview of up to 40 new British musicals currently in development. This is the second showcase following the inaugural event launched at the Park Theatre in 2016.

“BEAM is designed for anyone in a position to help develop and stage new British musicals. We’ll do all the legwork to bring the most exciting talent and emerging musical theatre projects together from around the UK, so you can experience them, meet the creative teams – and grab the opportunity to become involved from the early stages of development. BEAM is a key part of both organisations’ mission to support the development of new musical theatre. BEAM will encourage the development of musical theatre across the UK, supporting diverse art form development, connecting practitioners and finding champions for original work. The two day showcase itself will also be an unprecedented opportunity for the musical theatre community to gather together.”

So whether you’ve already written musicals before, or you’ve got an idea for something completely new, this could be your opportunity to get the support and resources needed to turn your concept into the real deal. For full information on locations, dates and how to get involved, visit www.beamshowcase.com.