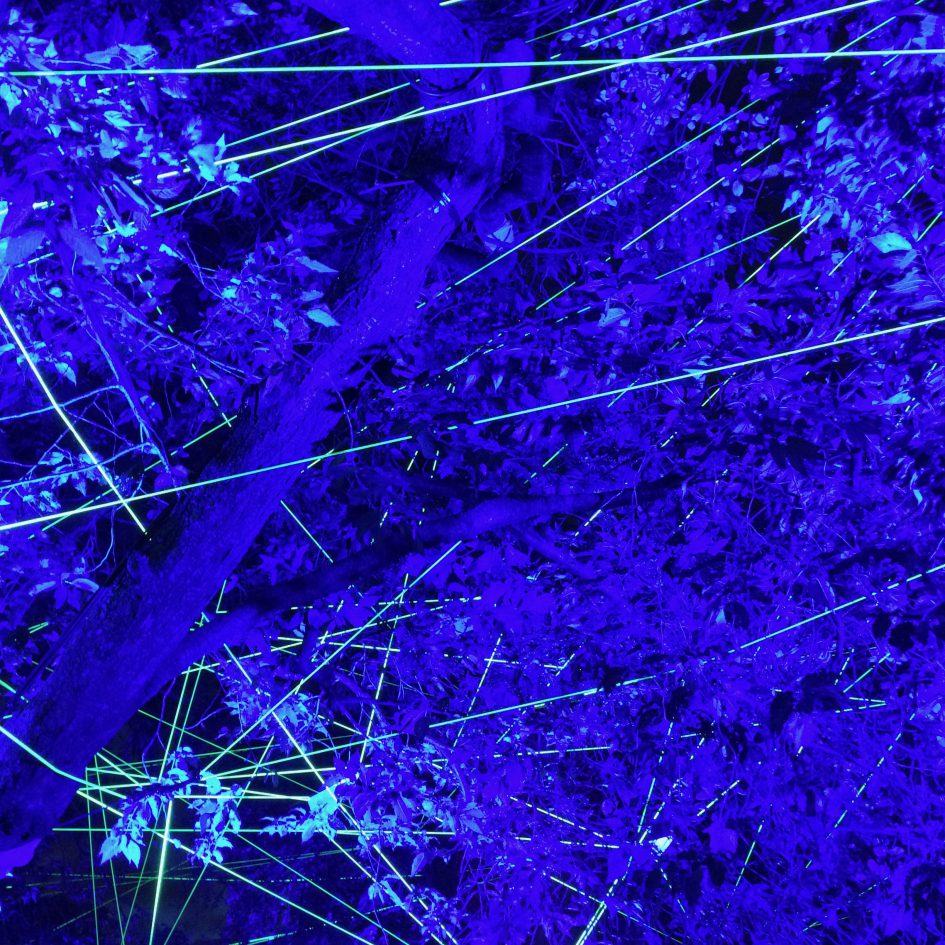 It’s that time of year again when Leeds is lit up with a variety of creative and impressive light and art installations.

Leeds Light Night is returning for its 13th year and is once again taking place over two evenings – Thursday 5 and Friday 6 October.

This year there are over 40 events taking place across the city, including a parade led by the Leeds West Indian Carnival as part of their 50th anniversary celebrations.

I’ll keep this post brief as all the information’s on the official website and I did an upcoming blog post about the event last year, but I will say that if you’re planning on going it’s best to look at the events page and map in advance, or get a programme for £2, otherwise you can end up missing quite a lot.

Last year we had a really good evening wandering around the city. From memory, we started in Park Square where there was a cool light show within the trees. We then walked past the Town Hall, which had its clock lit up in red, and past the art gallery where people were drawing LED light patterns with water pens on dark signs. We then went to Millennium Square and watched the light projection onto the Civic Hall. 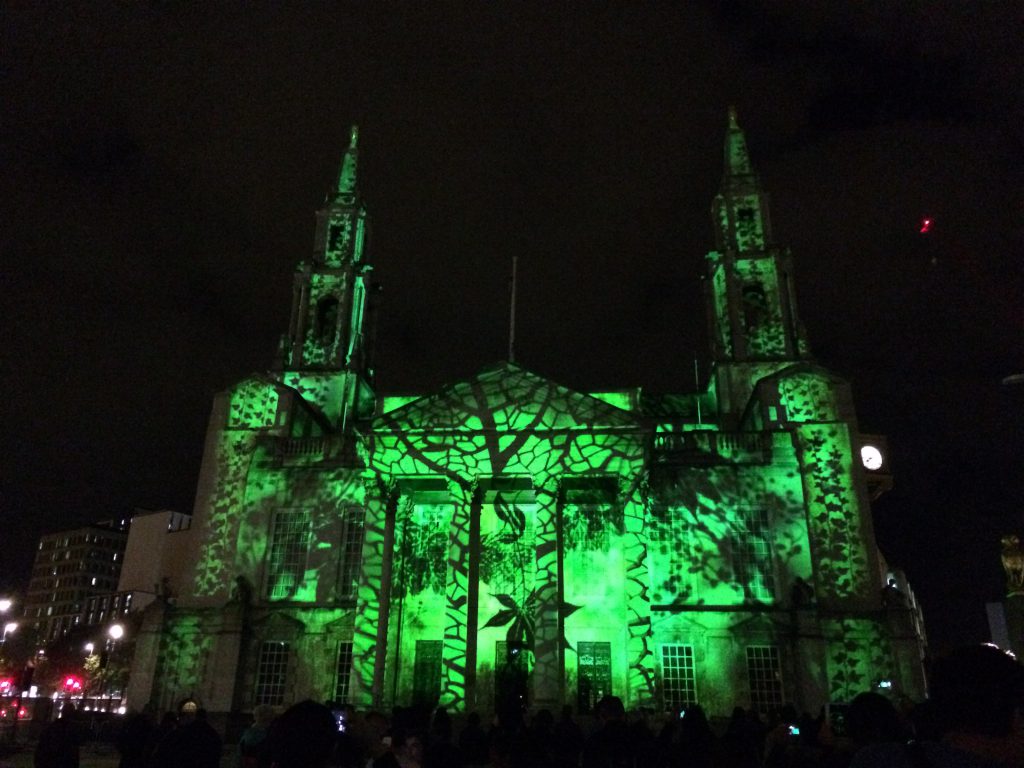 Merrion Street Gardens was really fun to wander round as it was full of giant glowing dandelions. 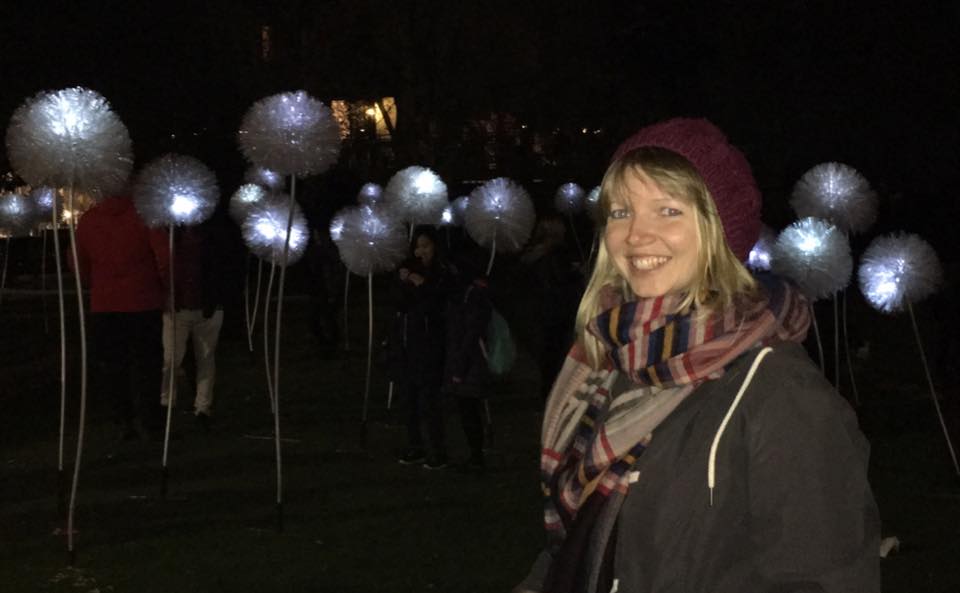 Enjoying one of the Light Night installations in Merrion Garden

We also went to Howard Assembly Room as they had live music, including one of my favourite world music players – Seckou Keita – and the room was dimmed with choice lights. It was really beautiful. 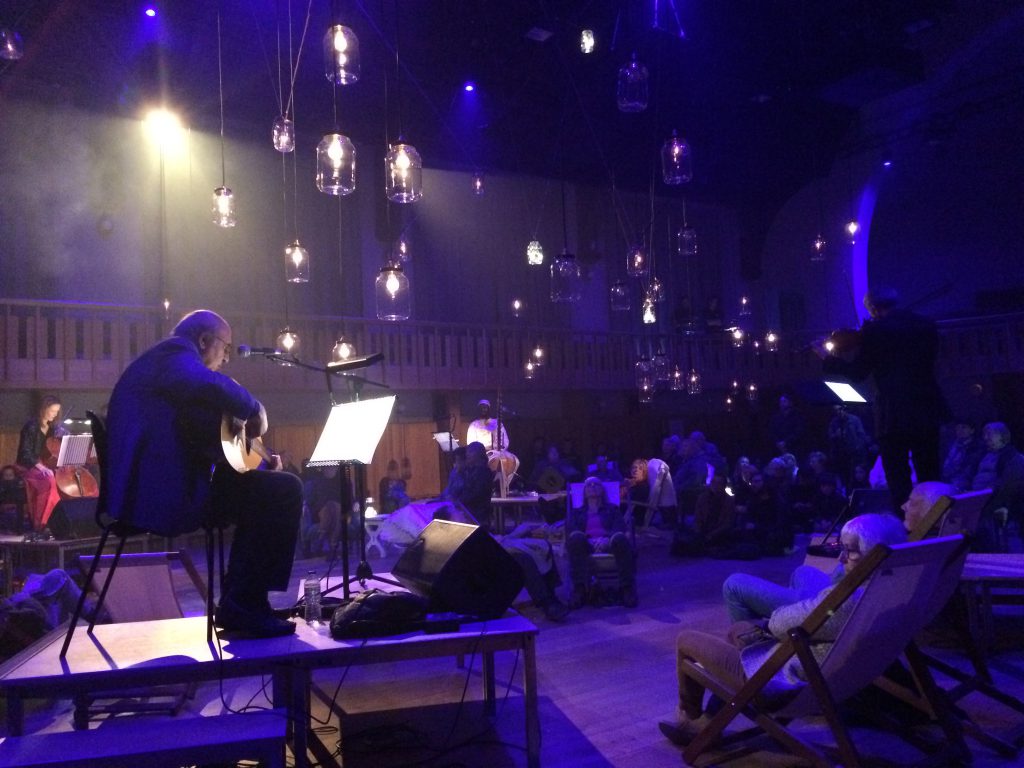 Musicians in the Howard Assembly Room

We then headed back to the train station, stopping off for a late night hot chocolate at Roast + Conch and to watch the light display projected onto the Queens Hotel. 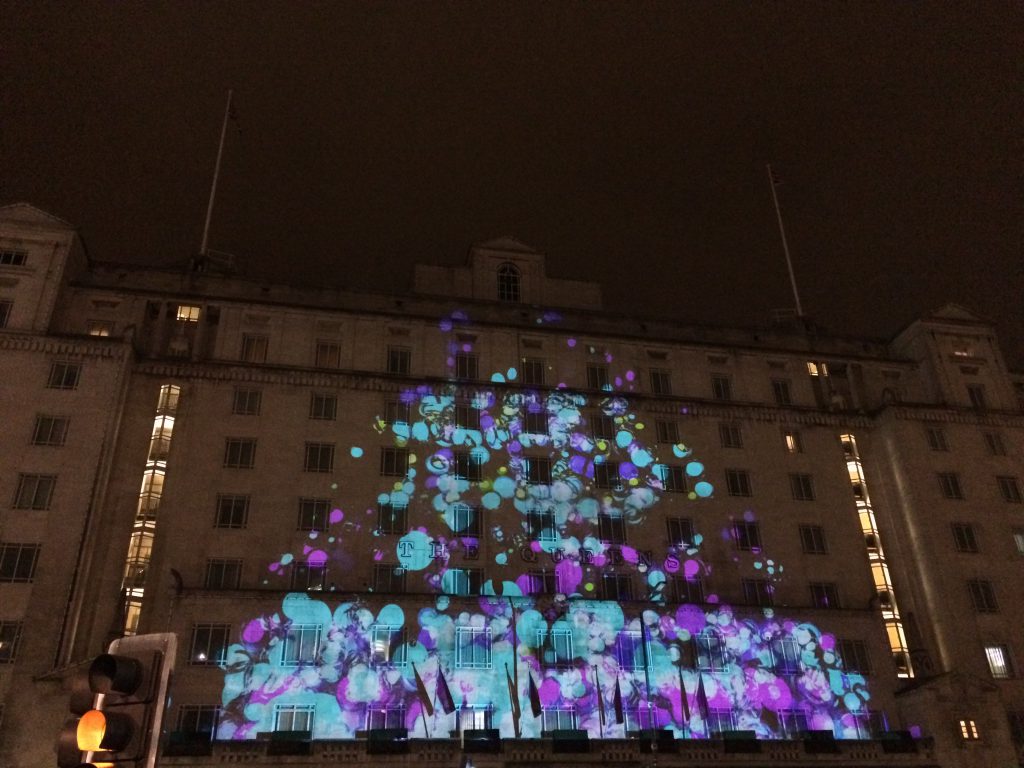 Light show on the Queens Hotel

As long as you’re wrapped up warm and know where you’re going/what to look for, it’s a really fun and different way to spend an evening in Leeds!