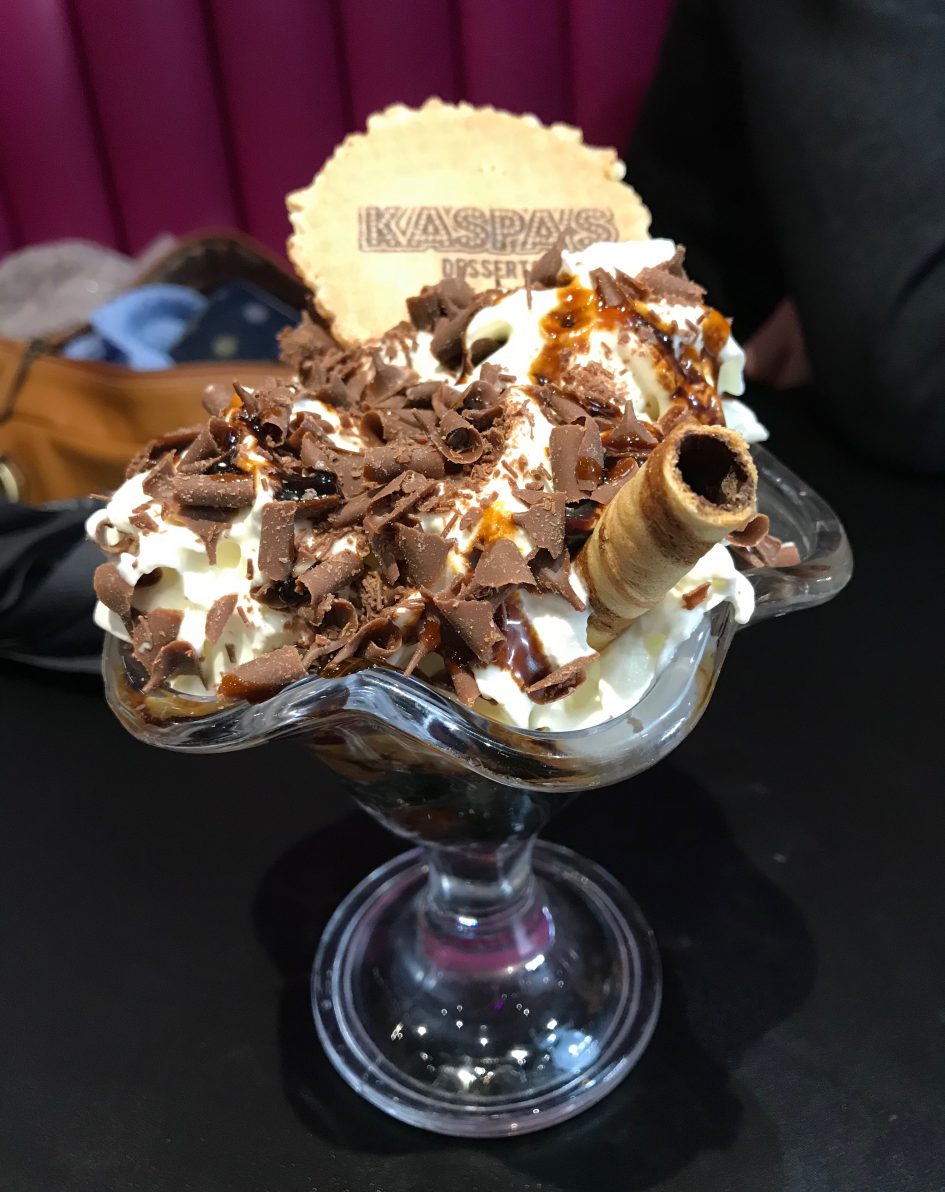 Saying I have a sweet tooth is an understatement. I love chocolate. And biscuits. And milkshakes. And ice-cream. And cake. Don’t forget about cake. I love December, not because of Christmas, but because you can eat chocolate first thing in the morning and not be judged. Cheese doesn’t interest me, I eat crisps just because they’re there, and I could give up alcohol without too much trouble, but don’t take puddings away from me.

This is why I was very excited last year when I discovered that a new place had opened in The Core Shopping Centre serving just puddings and other sugary delights. 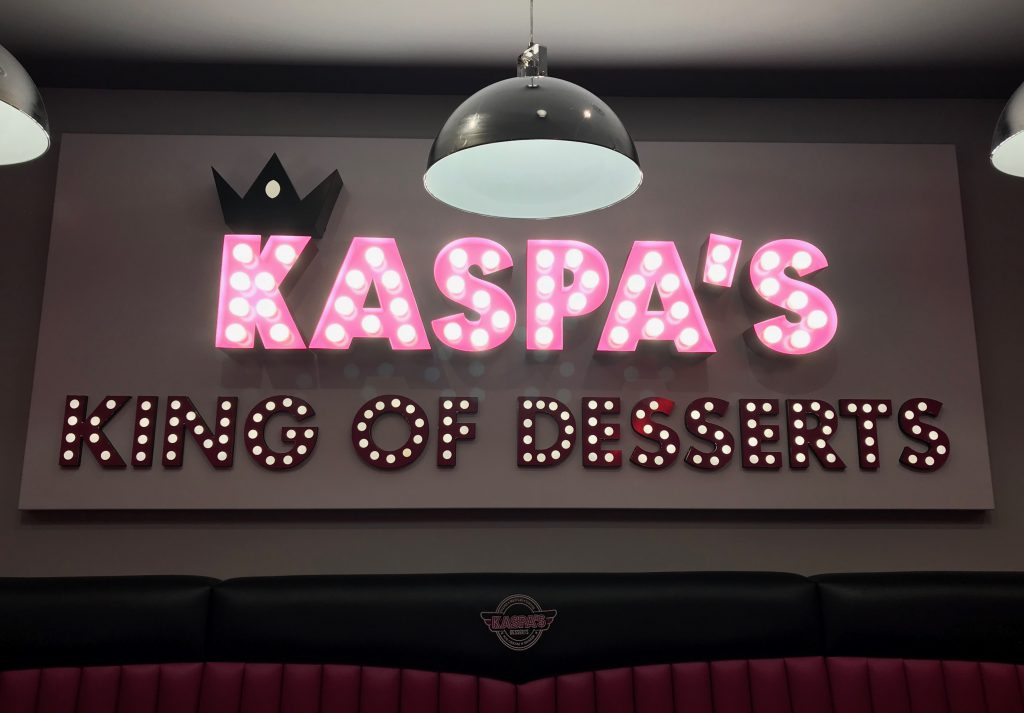 Kaspa’s Desserts is made for people like me. It has a ridiculously large menu of sundaes, waffles, crepes, ice-cream cones and tubs, cakes and milkshakes. Sometimes you can be going about your day and realise that although you’re not hungry enough for a main meal, you really fancy a ridiculously naughty ice-cream, or perhaps you have just had your lunch but now want a tasty milkshake to finish it off. 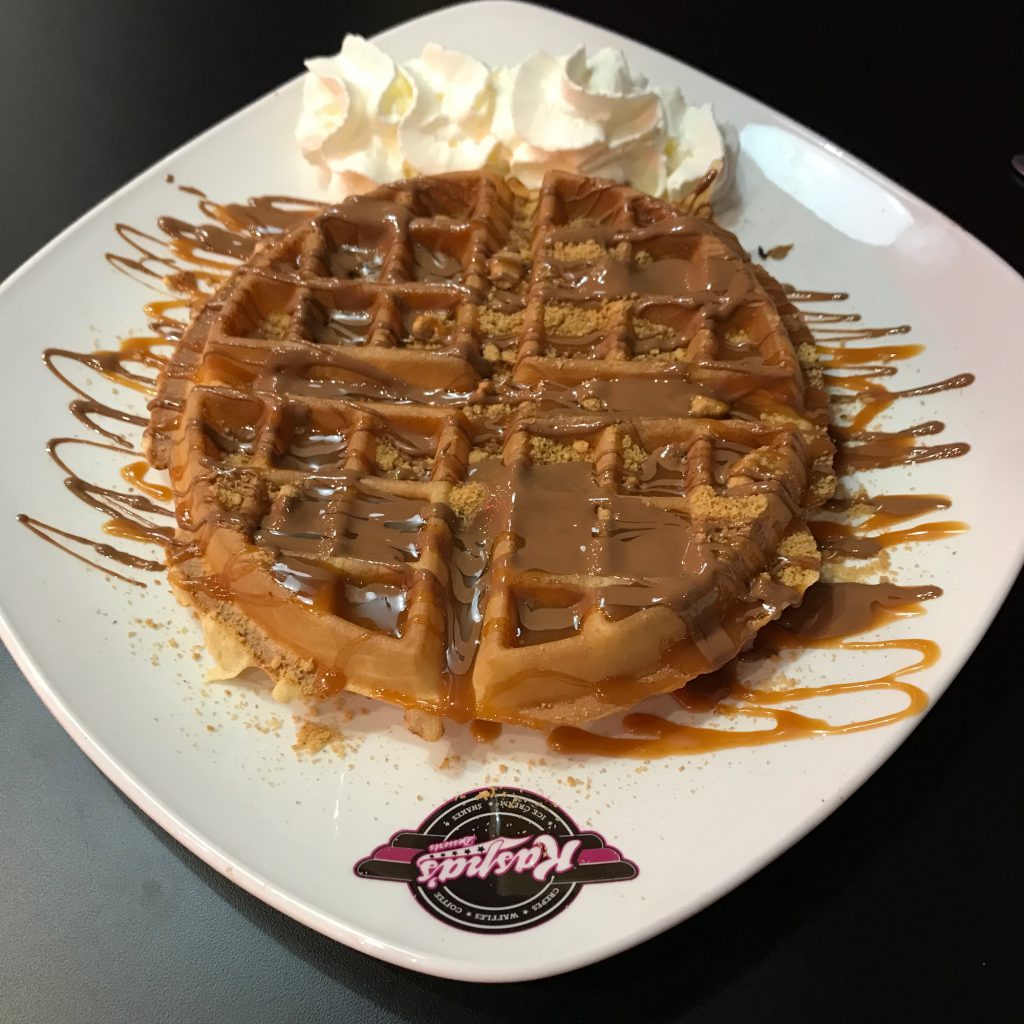 It’s the kind of place you’d go with the kids after bowling and playing laser quest (is laser quest still a thing?). It’s not perfect – the music is loud, the decor is gaudy, the coffee’s not great, and there aren’t any toilets in the restaurant (you can use the main toilets in The Core which are just across the hall) – but none of that matters when you can get a mint chocolate chip sundae complete with whipped cream, mint syrup and After Eight chocolates. 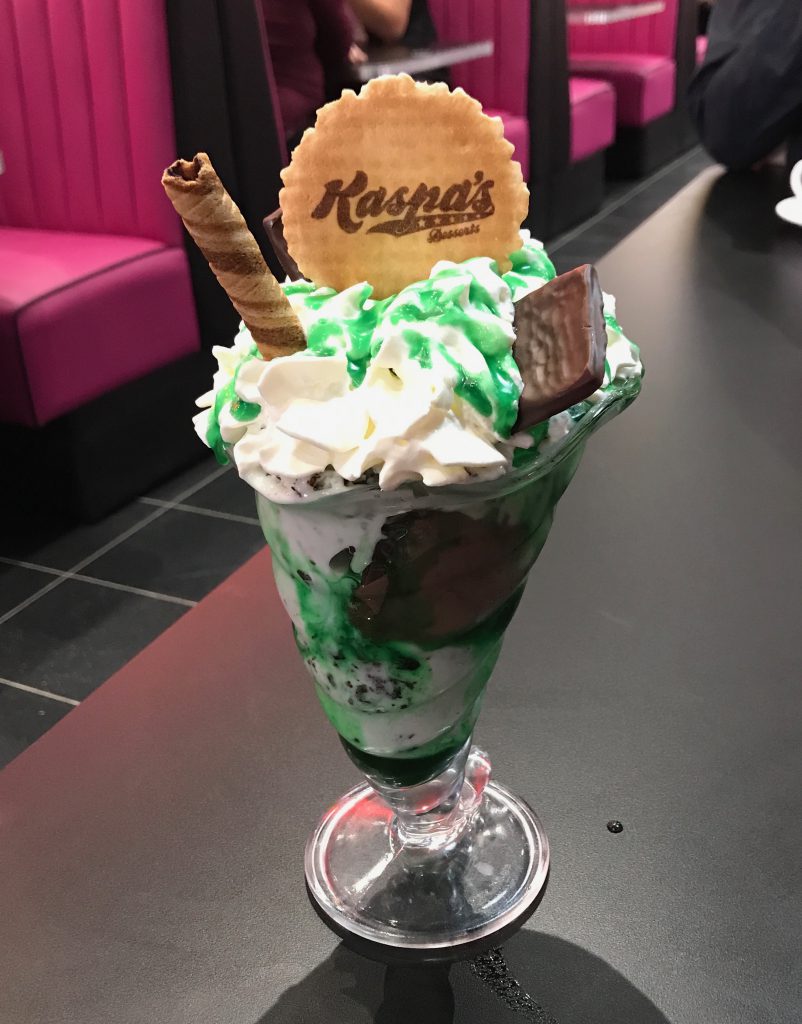 You can get to Kaspa’s Desserts in The Core either via The Headrow or Land’s Lane (the street with HMV on). It’s open seven days a week and I love the fact it’s open from 10am. “Who would want ice-cream midweek at 10am?” I hear you ask. Me, that’s who. Make it a double scoop.