By George – this is a good fish dish! 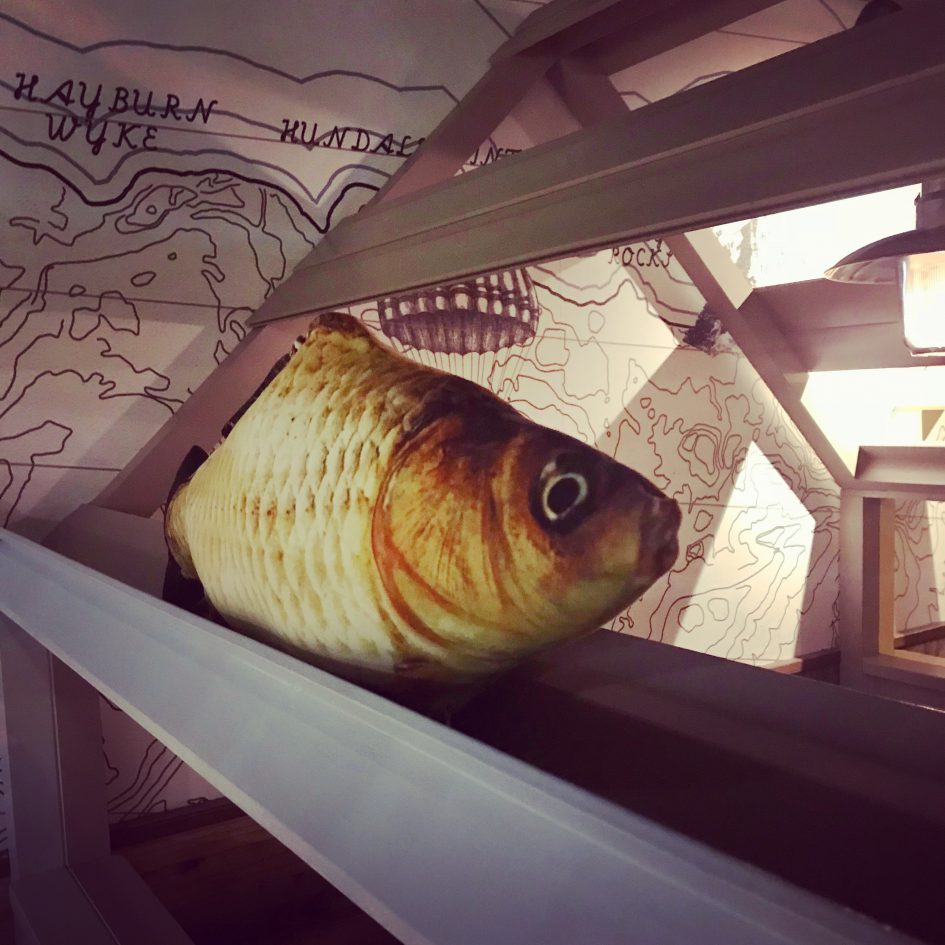 I have a new favourite restaurant. I’ve only been twice but would very much like to go again. George’s Great British Kitchen, as the name suggests, celebrates British food, but for me it’s all about their seafood dishes.

The restaurant’s located on The Headrow, and although the name’s up in big bright lights, I don’t think you realise from the outside how big and well designed it is inside. A friend had recommended I go to George’s Great British Kitchen a while back (thanks Sarah!) and I finally visited it in November for James’ birthday. I recently went again with friends after doing the Waterstones quiz (which we won *Not so humble brag*) and really enjoyed it a second time. 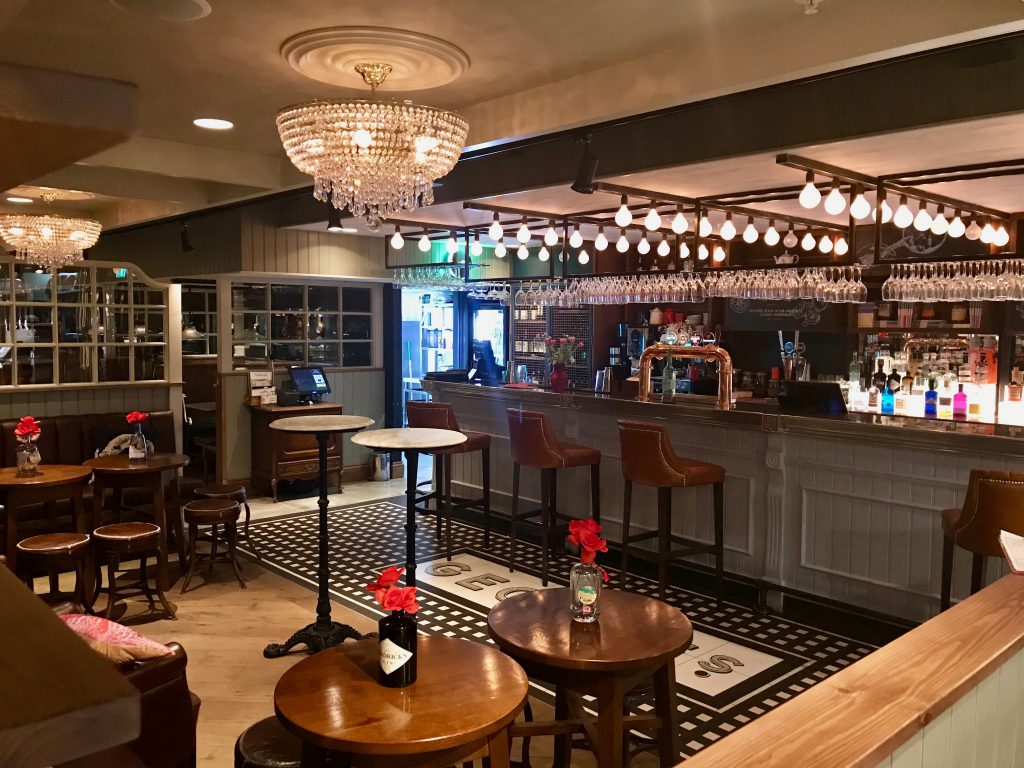 As you go in there’s a nice seating area by the bar and then in the actual restaurant area, as well as normal tables, there’s a row of quaint seaside huts which adds a bit of fun to the atmosphere. I particularly like the plush fish just chilling on the beams! The seaside theme runs throughout the restaurant: fish door handles, newspaper menus, seagull photos, your bill brought to you on a shell… I really like it! 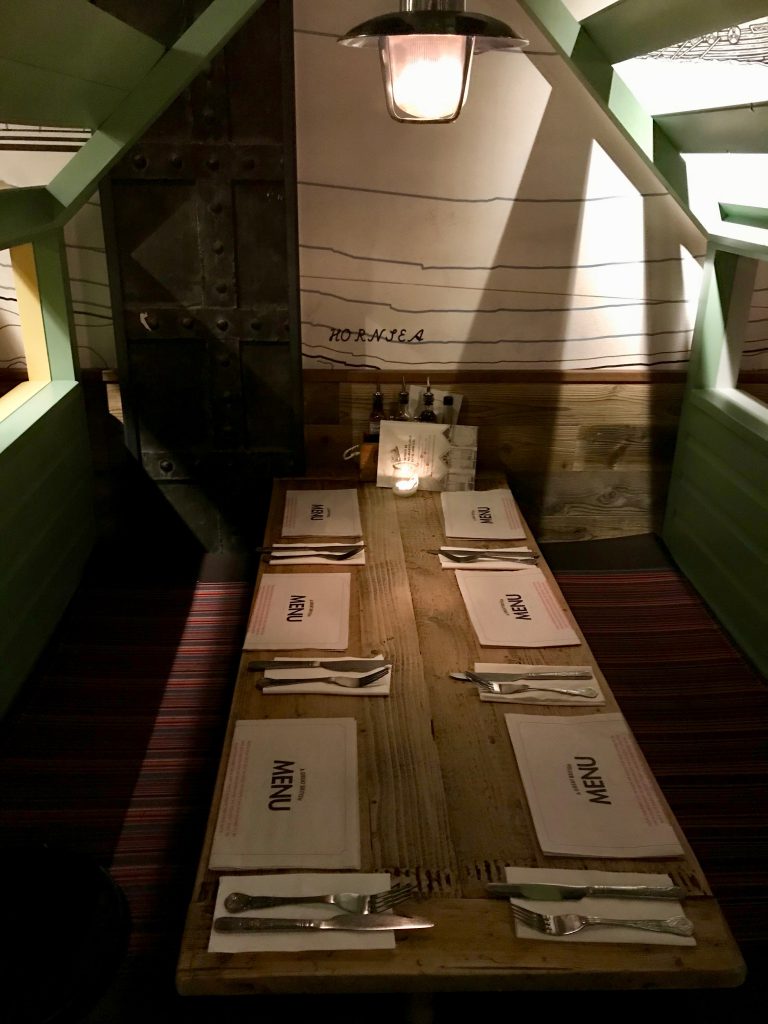 The menu is full of classic British dishes, but also offers a fun twist on old favourites. And it’s not a case of style over substance – some of the meals may sound quite fancy but they’re all hearty.

The first time I went I had George’s Stacked Fish Burger and James had a Mac’n’Cheese Fest Burger – both delicious, although mine did make me very thirsty! On my recent visit I ended up choosing a Cod Dog – battered cod in a long brioche bun that’s filled with mushy peas and a layer of tartare sauce. This is now how I always want to eat fish and chips! 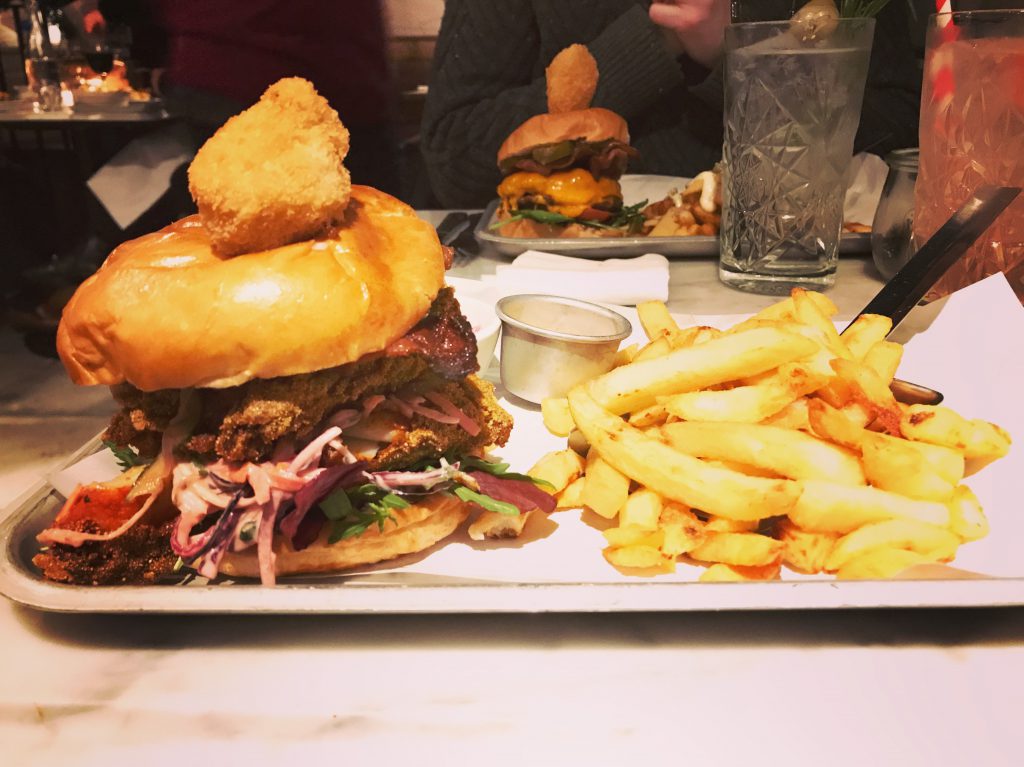 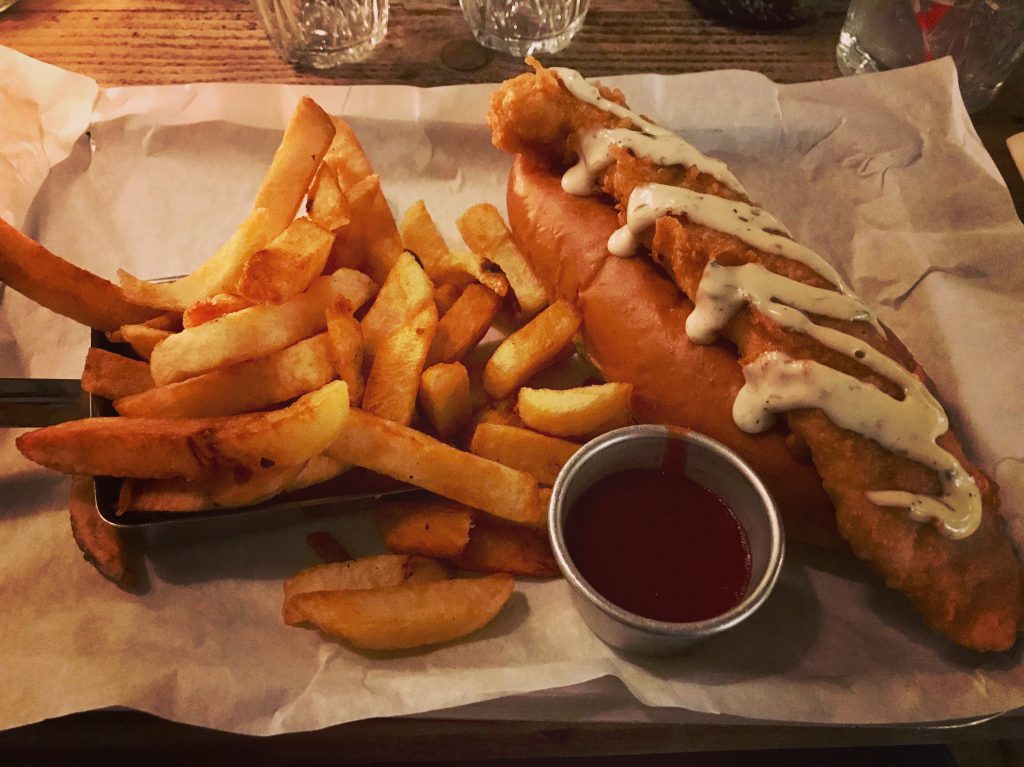 I’ve yet to try a cocktail, although they sound amazing, and have gone for a rhubarb and custard drink both times. It tastes exactly as you’d expect – oh so sweet and yummy. I definitely need to go back as I haven’t tried a pudding yet either, but I saw plenty go past and they looked awesome. Lots of candyfloss too for that proper British seaside feel! 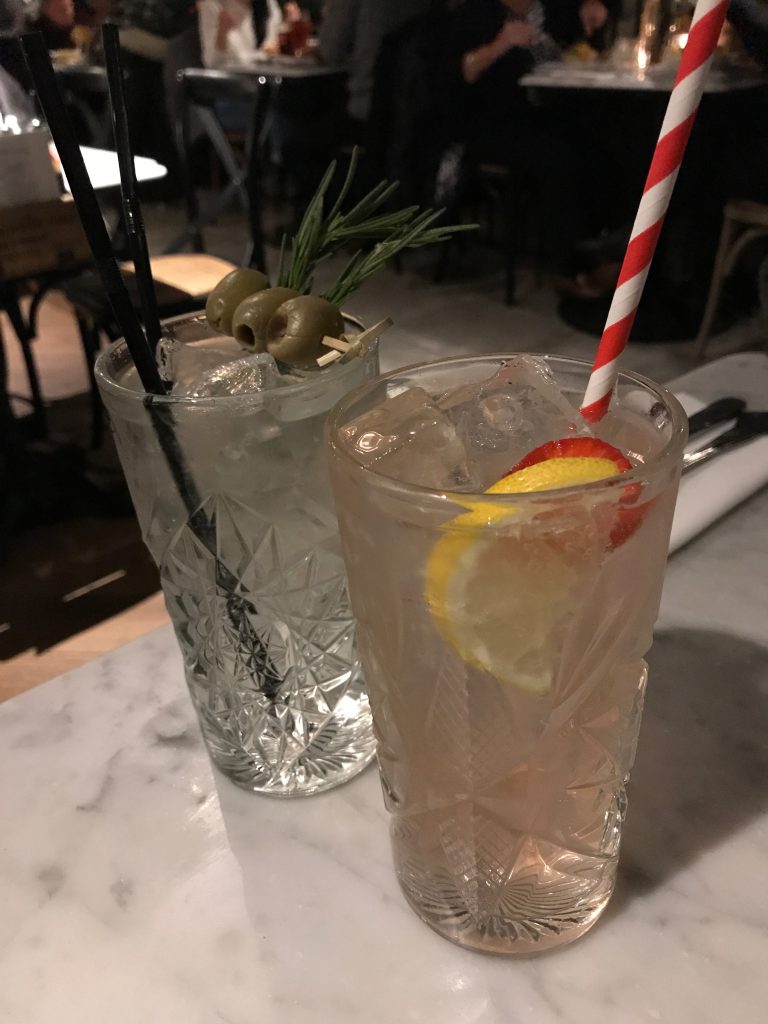 If you’re planning on going I’d suggest booking in advance. It was very full when we went for James’ birthday, which being quite close to Christmas is understandable, but then I went on a random Wednesday in March and still had to wait for a table.

Fish & chips will never be the same again.