Making the most of Happy Hour 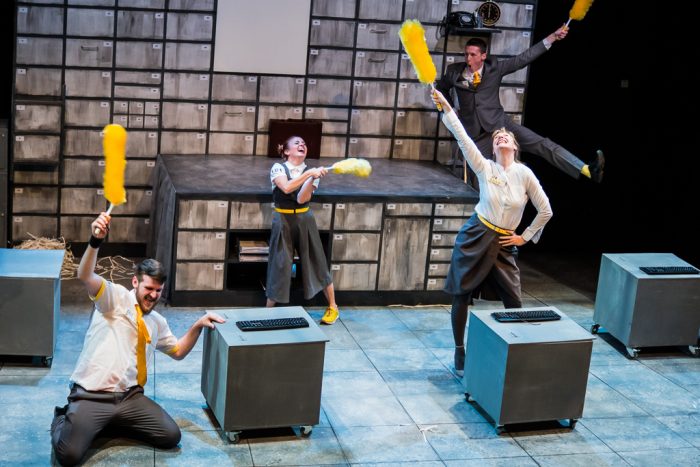 In the same way that I probably spend as much time browsing books to buy as I do reading them, I probably spend as much time leafing through theatre brochures and websites as I do actually watching shows. I love booking things in advance so I can get excited by them. Having said that, I also absolutely love a last minute, impromptu night out, which is what I ended up having last night.

I received an email from The Carriageworks saying they had 2-4-1 tickets on a show called Happy Hour. It’s not one I’d heard of before, but the review sounded pretty good:

‘Happy Hour is a hilarious hour of physical theatre that weaves a complex and highly detailed path through comedy, dance, slapstick and drama…delivered with impressive physical skill, comedic acting and depth.’ ★★★★★ The Reviews Hub

Having had a bit of a rubbish week (my car got broken into, which not only was an expensive pain, it also meant the rest of my plans for the week ended up being cancelled) an hour of hilarious theatre sounded just what I needed.

Deciding to make the most of the happy hour theme (I do love trying to make the most of a night out with a good theme) my friend and I went next door to Be At One for 2-4-1 cocktails beforehand. I always harp on about how much I love Be At One so I won’t say too much about it, other than it’s the first time I’ve been there for an alcoholic cocktail since getting pregnant, and it felt good to be back! (They have a new drink on the menu called Butter Beer, so I need to go there again shortly to try that!)

Chloe and I took our seats in The Carriageworks, wondering why we don’t go there more often as it’s a cool venue (although not particularly generous with the leg room if you are blessed/cursed with long legs like me). The last time I was there was to see Tape Face, which was a really fun (and also horrifically nerve-racking due to the audience participation) night out.

It was a very physical performance – the four actors were jumping and dancing all over the stage, but even their minute facial expressions had a massive comedic impact. The character of the manager was very much like David Brent from The Office, but actually likeable, and parts reminded me of the IT Crowd too.

The over-arching storyline worked well, encompassing all the individual sketches. There were so many bits I loved: the Cher impersonation, the self-help section, the slow-mo scene, the Christopher Walken impression (which I laughed at instantly although it took others a few seconds to cotton on), the F.R.I.E.N.Ds reference (which again I seemed to be the first to laugh at), even just one of the characters eating Toblerone had me in absolute stitches.

It was cute, relatable, clever and fun. And I even liked that it was just an hour long. I’d much rather have 60 minutes of quality entertainment than two hours of fluff and filler. (And it meant that I was home for 9pm, which I’m rather keen on these days!)

I’ll be keeping an eye on Tmesis Theatre to see what else they bring to Leeds in the future. 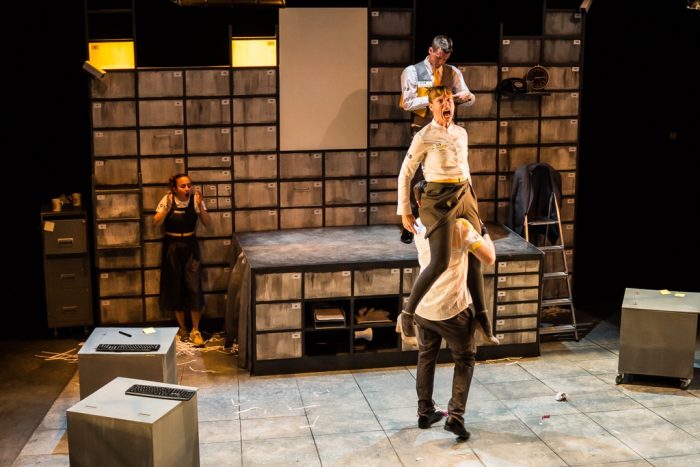 Be At One, dance, The Carriageworks, theatre